Simply put, these four charts have to be seen to be believed. Presented with little comment, via Nanex, this is the 'market' we are supposed to trust...?

Charts below show daily counts of quotes and shares during regular trading hours in SPY from January 3, 2005 through August 5, 2013. 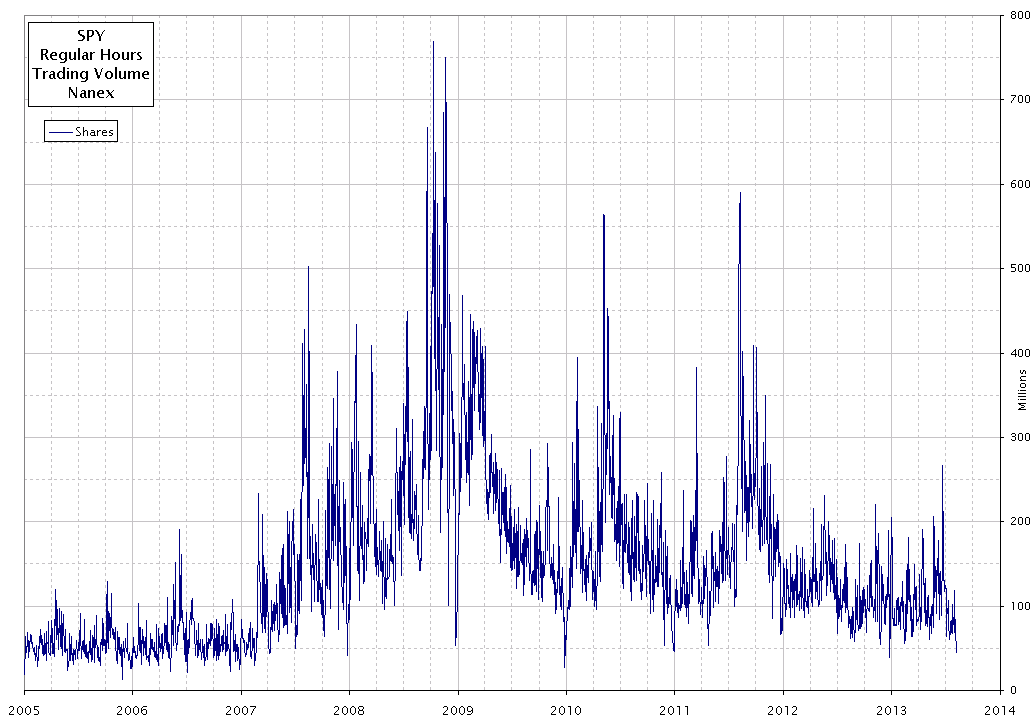 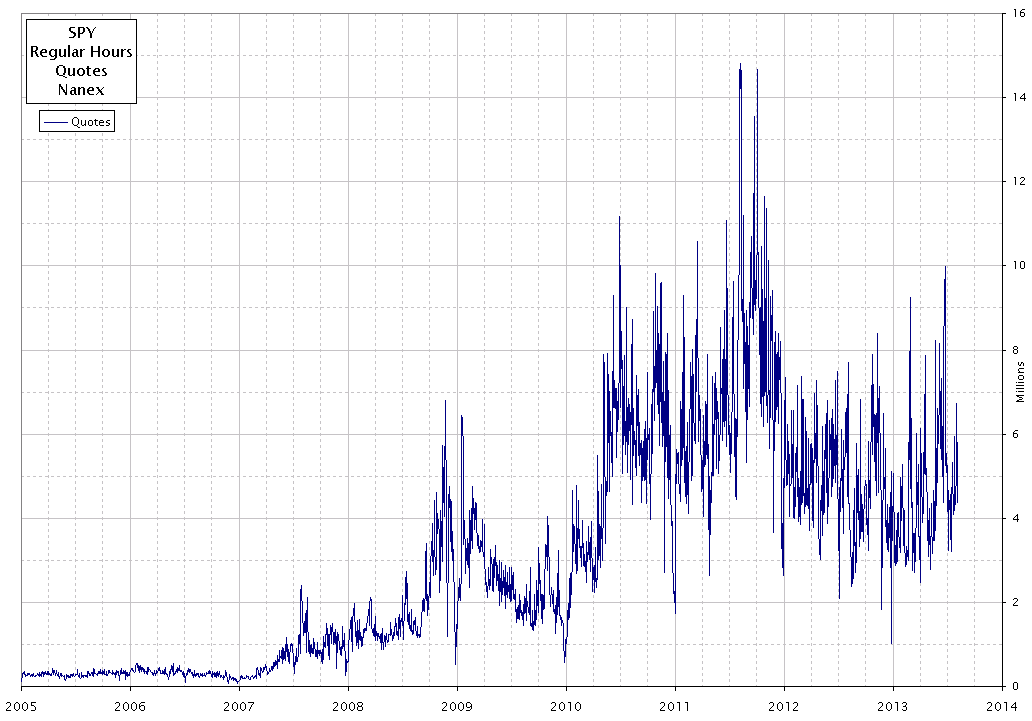 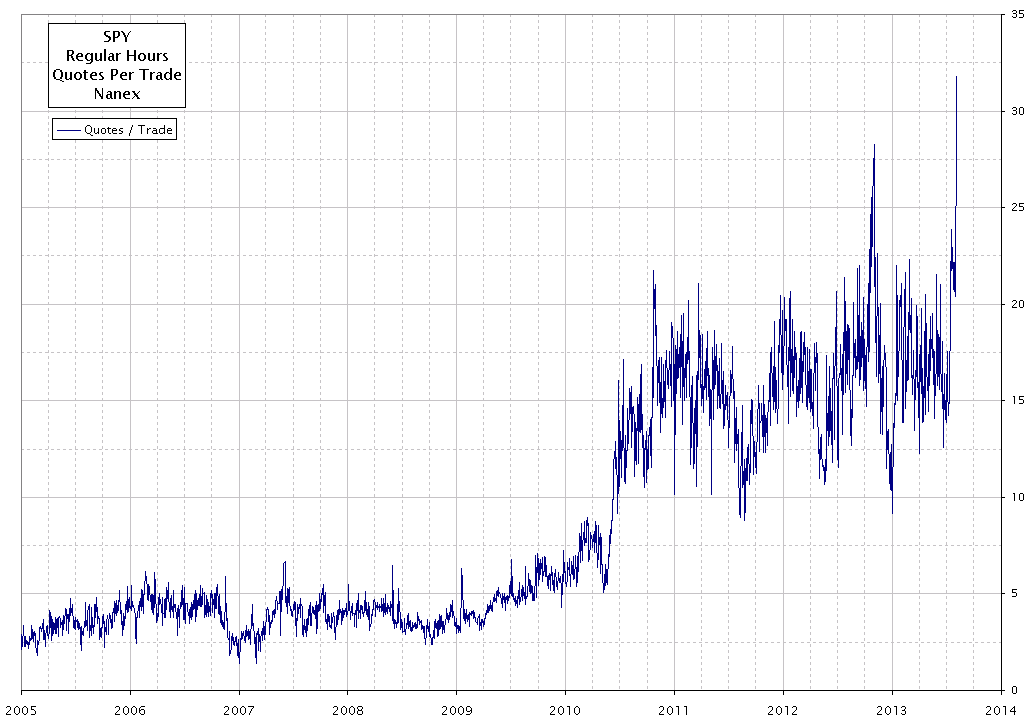 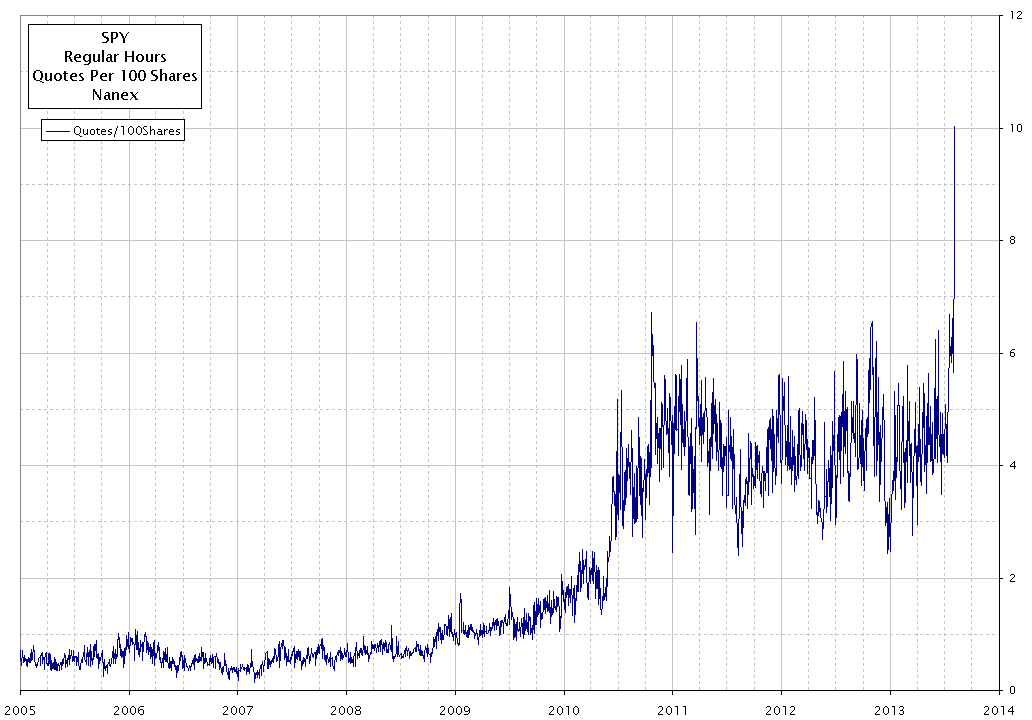