Just what Europe needs... more QE... this is the real problem - not only is demand for credit weak in the periphery as the balance sheet recession rolls on, but "real" borrowing costs are at near-record highs... Despite Draghi's earlier comments and promises, cramming SME loans down the throats of borrowers at suppressed risks will do nothing but kill bank balance sheets (most critically the ECB's)...

These are "market" rates... i.e. what real risk is being priced at away from the hand of Draghi...

In summary, real cost of capital across the euro area 'periphery' shows one simple thing: investment is still a very costly proposition for businesses, especially compared to the pre-crisis period. 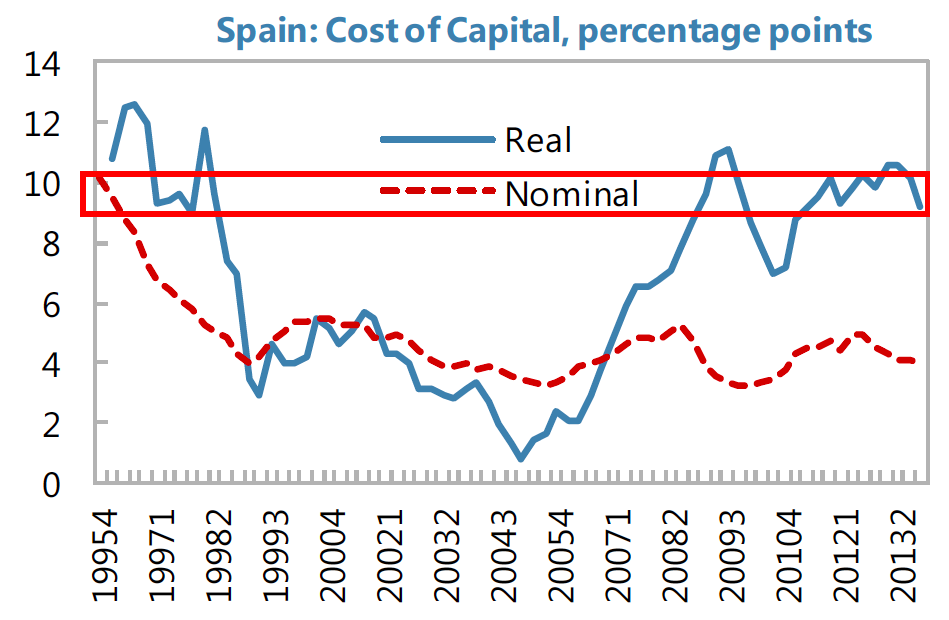 Two points:
Which means that Spanish real cost of capital is now as bad as in the pre-euro period and is much worse than during the credit boom of the late 1990s-early 2000s.
Italy: 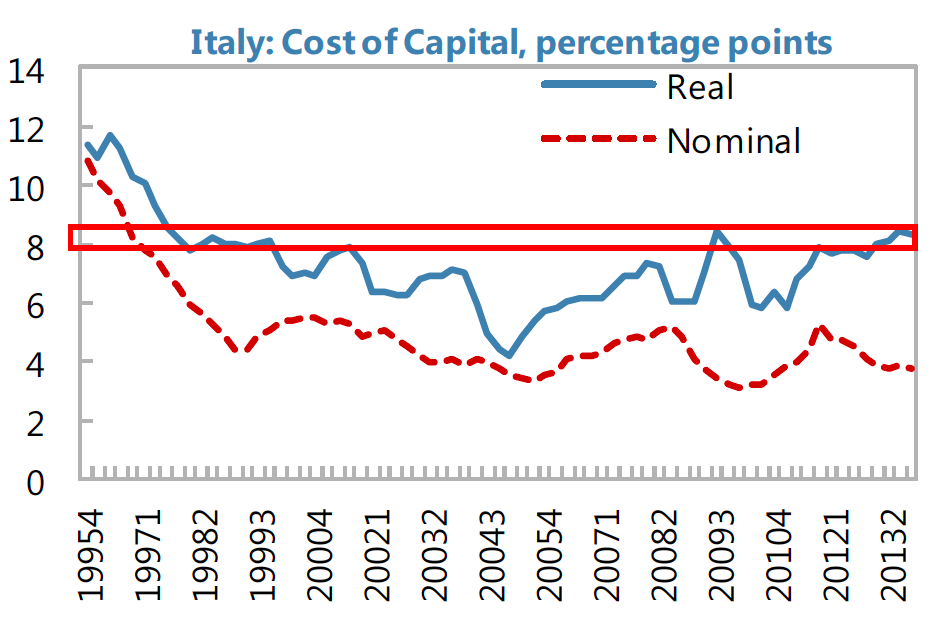 Two points:
Italy's overall real cost of capital is currently comparable to the one observed in the late 1990s, and is higher than the one experienced in the credit expansion period of the early 2000s. That said, the cost uplift on 2000s is relatively moderate.
Portugal: 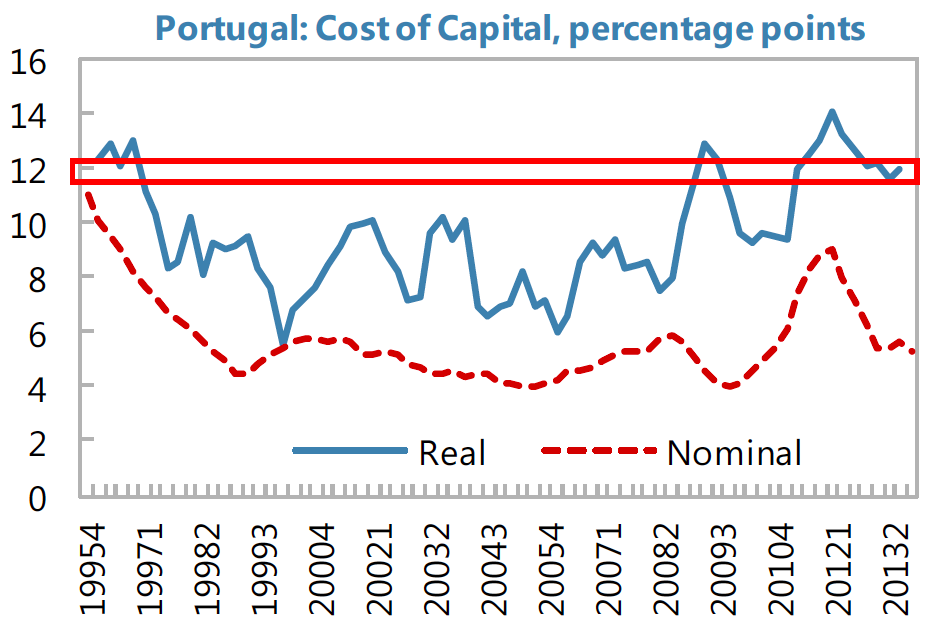 Two points:
Thus, Portugal's real cost of capital is highly volatile, but on average is higher today than in the entire period from 1997 through 2010.
Worse, it is now as expensive than (or comparable to) the cost averages for the pre-euro area period.

The above puts stark contrast between the cost of funding the banks (low) and Governments (historically low today) and real businesses (high).