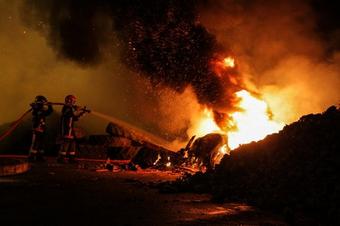 French vegetable farmer have set a tax office and a building on fire destroying the government facility which was the symbol of the increasing administrative burden and sanctions that is killing farming. Hundreds of tractors and trailers of the farmers converged on Friday evening before the building of the Agricultural Social Insurance (MSA) in the town of Morlaix (Brittany). There they dumped unsold potatoes and artichokes before the MSA-building and added pallets and tires setting the entire lot on fire. Thereafter, the farmers moved on to the tax office set that on fire as well. The protests also took place in numerous other places as well, however, only these two government buildings were totally destroyed.

The association of vegetable farmers had announced the protest action on Friday. The background is that for years the bureaucracy for farmers have magnified the economic decline and their plight with constant new regulation of everything. The economic situation of farming in Europe has been seriously pushed too far with the US sanctions against Russia. The agricultural crisis caused by Obama is increasingly deteriorating with far too many farmers throughout Europe losing everything.

The economic numbers in France are simply devastating. We only see more regulation and raising taxes to support bloated government especially in France. It is quite possible that any reform is simply too late for the French government is bankrupt, which was admitted by the finance minister Michel Sapin himself. 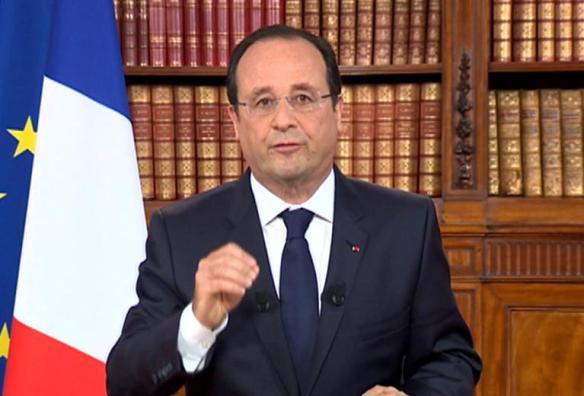 The French government has not the faintest idea how to fix the economy because Hollande will not admit socialism does not work. He cannot even think that government is the problem no less his ideology he spent his entire life developing.

With France in a death spiral, all that is left is Germany but the Russian sanctions killed exports of German cars to Russia and food, while more than 50% of its municipal governments are bankrupt and yet another bailout of Ukraine is necessary not to mention Greece. 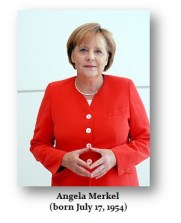 The German tax payers cannot shoulder the entire continent. It is ironic, but everyone has their hand out to Germany and it is appearing Merkel has voluntarily surrendered sovereignty to Brussels and agreed to effective reparation payments for both World War I and World War II just under the label bail out.

We are watching the decline and fall of Europe thanks to a completely failed policy and idea of creating a single currency without a single government – just insane. Saint Jerome said when Rome fell the Romans were still laughing. It does not appear anyone will be laughing without a new world cup to occupy the fools.