Back To The Future Was Right: Hoverboards Are Just Around The Corner

We are now less than a year away from the day when Robert Zemeckis and Michael J. Fox inspired an entire generation to expect nothing less from 2015 than flying cars. Sadly, as a result of the past 6 years of human "progress" being redirected to finding creative ways of preserving crony capitalism, the failed way of Keynesian life and masking insolvent banks as lipsticked pigs, the only automotive question we have of 2015 is whether there are any GM cars that haven't been recalled; cars which one hopes will never be airborne. And yet, there is one aspect of 2015 that the Back to the Future trilogy may have gotten correct: that "other" thing which every 80's kid wants to have more than anything: hoverboards.

As a recent Kickstarter campaign by Los Gatos, CA company Hendo claims, a campaign which has already raised well over $100,000 more than its goal of $250,000, the company is preparing to introduce "the world's first REAL hoverboard and hover developer kit."

Are hoverboards really just around the corner? This is what the funding-strapped company claims:

So where does the HENDO hoverboard stand today? Well, about 1 inch off the ground. As you can see from the video above, the prototype is real and it works! But to see it hover in person, and better yet, to defy gravity by riding it, is something you need to experience as well.

With the support of the Kickstarter community, we all can. We need your help to put the finishing touches on the Hendo Hoverboard, to help us produce them, and to create places to ride them.

Our engineering team has been amazing, rapidly iterating on design after design. In fact, this our 18th prototype, and we continue to make advances week after week.

The magic behind the hoverboard lies in its four disc-shaped hover engines. These create a special magnetic field which literally pushes against itself, generating the lift which levitates our board off the ground. 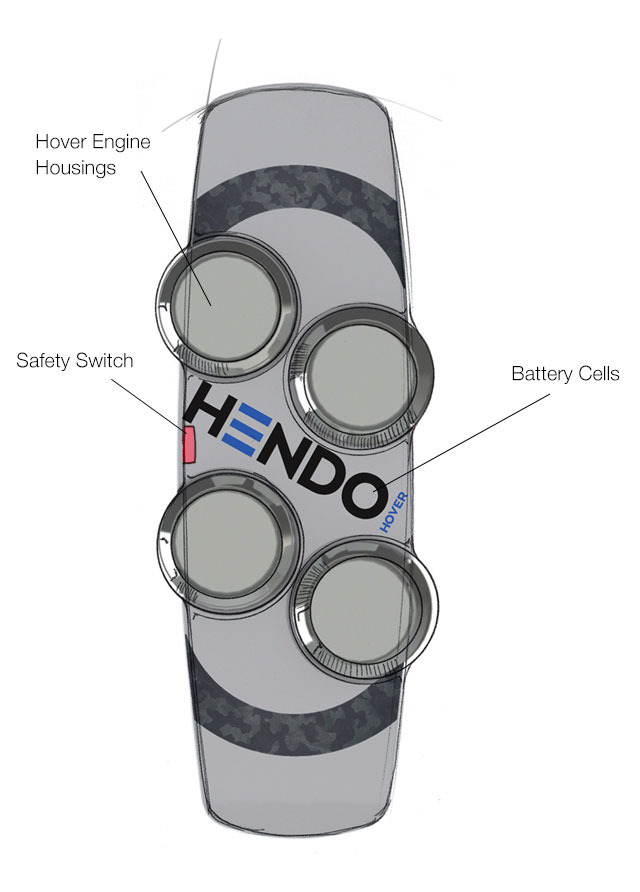 Unfortunately, as with many prior cases of hoverboards in the past, there is a catch: those who hope to recreate the famous Clocktower scene, where hoverboards would float over hard terrain as well as water, will be unable to. The reason: the board needs a special surface over which to float.

While our hoverboard is primarily intended to be self-propelled, the actions which stabilize it can also be used to drive it forward by altering the projected force on the surface below.
Currently, this surface needs to be a non-ferromagnetic conductor.  Right now we use commonly available metals in simple sheets, but we are working on new compounds and new configurations to maximize our technology and minimize costs.
While one day we expect to have hoverboards that can effortlessly float over any medium (even water!), our current technology requires special types of surfaces.
Therefore, we need a hoverpark to go with our boards, and we have been busy designing a park befitting the awesomeness of our technology. 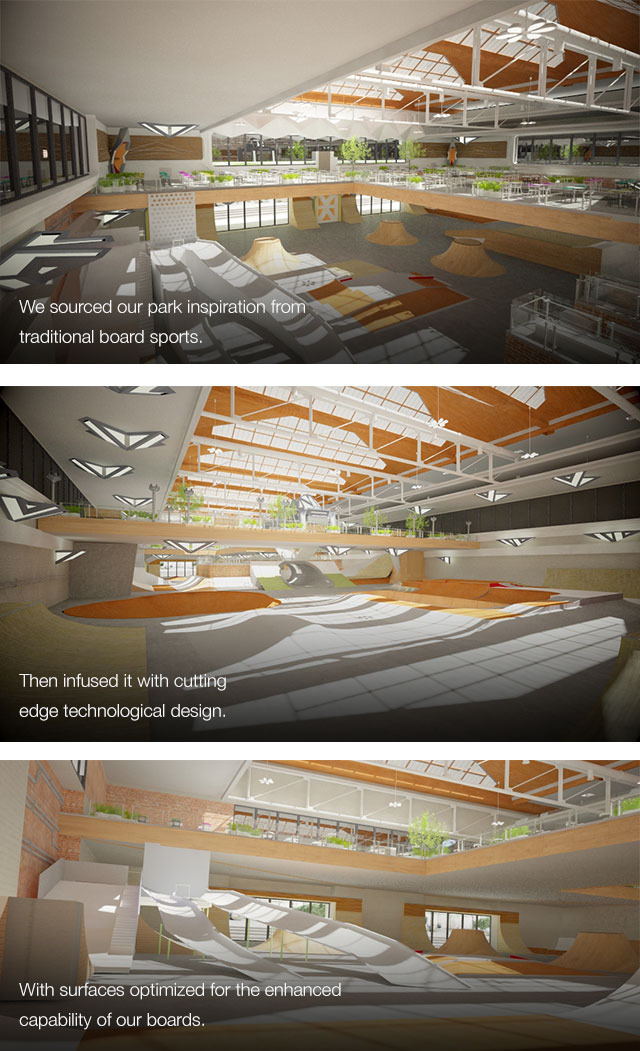 So is the hoverboard just a modified monorail in which two magnetic surfaces repel each other? Well, not exactly. Here is the technology that is at the core of the hoverboard.

Levitation using magnets seems simple - just put one magnet over another, same poles facing, and the top one will float. Voila, right?  Sadly, as we all find out (usually as heartbroken little kids) this never works. Due to something called Earnshaw's Theorem, a stable static equilibrium between two magnets is impossible. There have been a number of ways around this, but none have proven feasible enough for everyday applications. Until now.

Lenz’s law explains how eddy currents are created when magnets are moved relative to a conductive material.  These eddy currents in turn create an opposing magnetic field in the conductor.  Our core technology, which we call Magnetic Field Architecture (MFA™), focuses this field more efficiently.

You can go ahead and google both of these scientific principles, but to sum it up in regards to levitation: Lenz = Easy, Earnshaw = Hard.

The Hendo Hoverboard is a first-step product, a precursor to the broader implementation of the world-changing technology of MFA.  It enables a new generation of lift and motion technology that will change the way we view transportation. Additional applications for MFA technology are virtually limitless - from business, to industry, to healthcare, and beyond.

Unlike magnetic levitation systems employed today, our hover systems are comparably inexpensive and completely sustainable. Hovering modes of transportation are now possible and practical. Lifting a wide range of loads - whether it's a person riding a hoverboard (what we were all expecting) or a building riding out an earthquake (what we never imagined could be possible) - is all within reach.

For the skeptics, Wired did a summary of the underlying technology and came away with the following conclusion: "Ok, so the physics for this type of hoverboard seems possible. Looking at other sites talking about this online, I am fairly certain it’s real.  One last physics note: I’m really not sure if a hoverboard powered by electromagnetic repulsion would be frictionless.  I suspect there would be some type of electromagnetic drag as the coil moved over the metal surface – but I could be wrong."

But it can't go everywhere (at least not yet), one would complain. And one would be, of course, right. But neither can one (or rather should) drive their car off the road. In principle, it wouldn't take much to coat every road surface with whatever magnetic alloy is required to convert all existining cars into the hovering vehicles first seen in Star Wars.

The company's take on the practical appliances of its technology:

We have a number of applications in mind, with industries that range from warehouse operations, to building foundation improvements, to novel methods of electromechanical fluid separation.

But what really excites us are the possibilities of applications we have no idea even exist - from new ways to harness energy, to replacing specific pieces of equipment in manufacturing processes; from the ordinary, to the exotic.

Surely there is much more, especially if and when the big corporations come sniffing. And sadly, once said corporations come knocking, the "magic" will immediately disappear because this technology, should it prove feasible, will be disruptive enough to threaten the existence of various, and numerous, trillion-dollar markets.

Usual cynicism aside, one can hope with less than 365 days until October 21, 2015, that for only the second time in the recent past a futuristic vision revealed several decades ago will actually coincide with reality. When was the first time? Why George Orwell's "1984" of course...