Russia’s central bank bought about 150 metric tons of the metal this year, announced Governor Elvira Nabiullina yesterday. The pronouncement immediately created buying in the market, prompting gold to rise to a two week high at $1,200 an ounce. 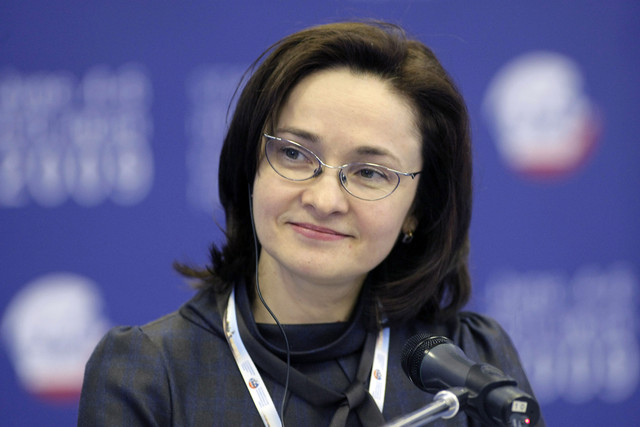 Russia's central bank Governor Elvira Nabiullina told the lower house of parliament about the significant Russian gold purchases. She is an economist, head of the Central Bank of Russia and was Vladimir Putin's economic adviser between May 2012 to June 2013.

This announcement is unusual and to our knowledge has not happened before. The announcement by the Russian central bank governor was likely coordinated with Putin and the Kremlin and designed to signal how Russia views their gold reserves as a potential geopolitical and indeed financial and currency war weapon.

Gold currently constitutes for around 10% of the bank's gold and forex reserves, she added. Official purchases were about 77 tons in 2013, International Monetary Fund data show. 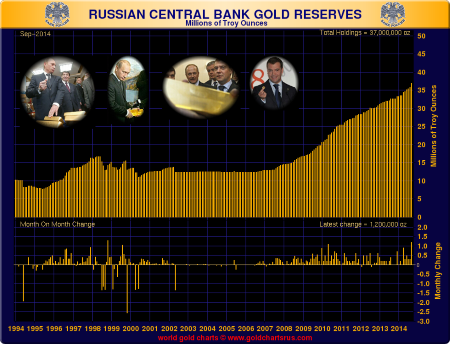 If the Fed increases interest rates it could hurt non-interest-bearing gold in the short term. However rising interesting rates are more bearish for stocks and bonds as was seen in the rising interest period of the 1970s when gold prices surged.

The Swiss gold referendum is around the corner on November 30th and if passed this could force the Swiss National Bank to keep 20% of its holdings in gold bullion, force the SNB to repatriate gold holdings and end all gold sales.

Shares fell in Europe and Asia on Wednesday while the dollar rose broadly, hitting a new seven-year high against the yen, as investor nervousness on the diverging outlooks for the world's major economies. 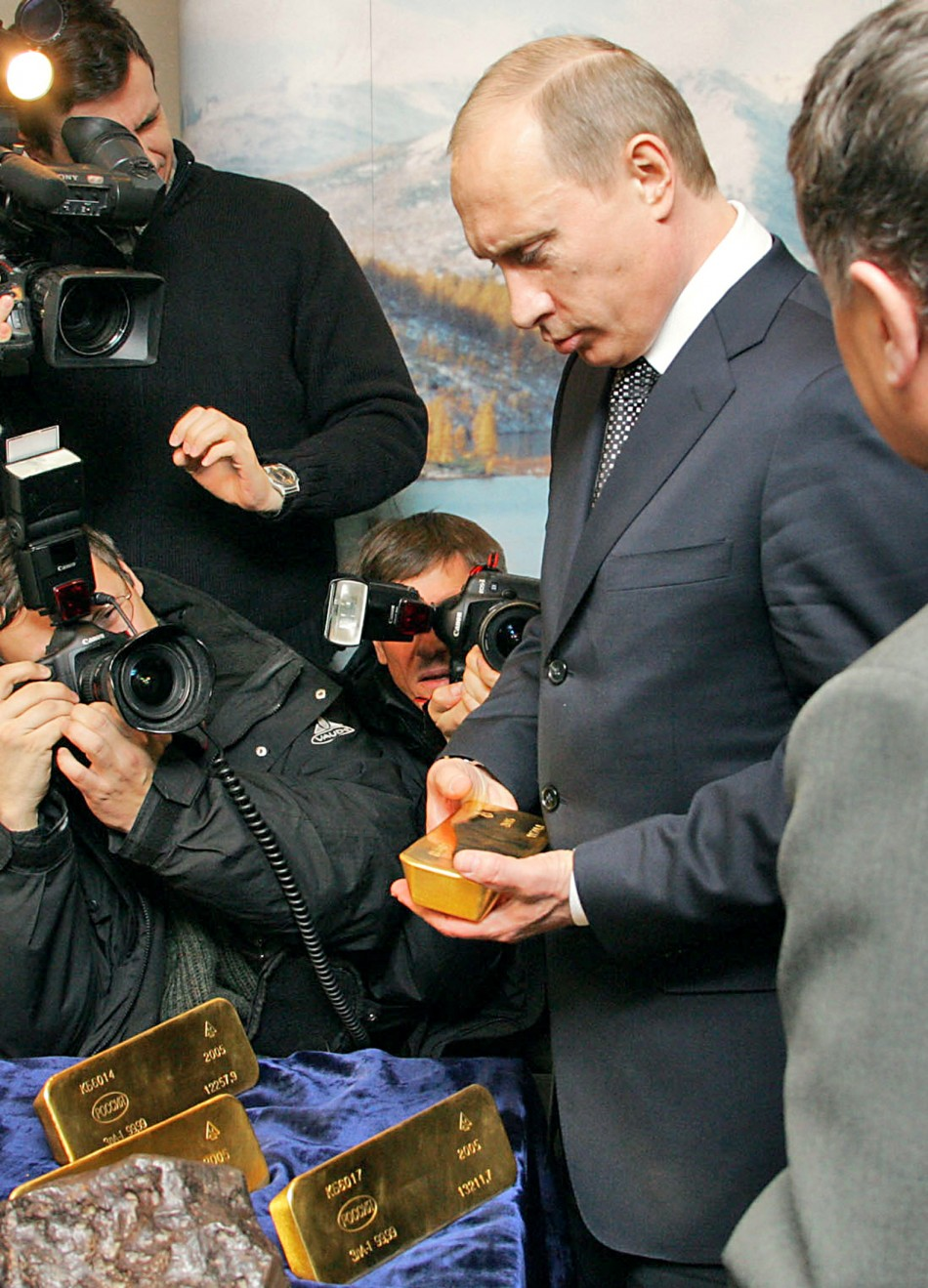 Russian President Vladimir Putin holds a gold bar while visiting an exhibition at Russia's Far Eastern gold mining center of Magadan November 22, 2005. Putin on Tuesday supported the idea of boosting the share of gold in Russia's central bank reserves, which are the largest of any country outside Asia. (Photo: REUTERS/ITAR-TASS/PRESIDENTIAL/)

The International Monetary Fund said the latest figures showed an almost double jump over the country's registered purchases of 77 tonnes in 2013. It said that historically, Russia started buying gold again since the end of September, perhaps at an initial 35 tonnes.

Nabiullina, who said the bank's total foreign reserves is made up 10 percent of gold, likewise told the Russian parliament on Tuesday there is no need to place restrictions on gold exports. A number of lawmakers had proposed to put a moratorium on the exports of the safe haven yellow metal so the country would be able to secure enough gold amid the sanctions it is experiencing.

Get Breaking News and Updates on the Gold Market Here