Are Your Savings Safe From Bail-Ins?

Europe's banks are vulnerable in 2015 due to weak macroeconomic conditions, unfinished regulatory hurdles and the risk of bail-ins according to credit rating agencies.

The truth is that banks in most western nations are vulnerable to bail-ins in 2015 and the recent G20 meeting in Brisbane was a further move towards the stealth bail-in regimes.

More than seven years after the start of the financial crisis, banks have made strides towards improving financial stability but they are still struggling and pose risks. 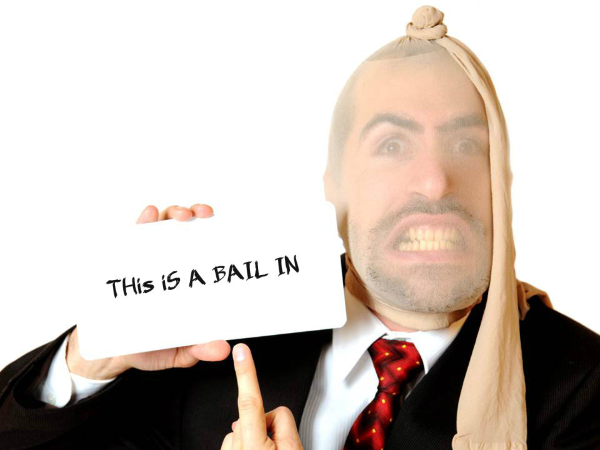 The move by western nations towards bail-in regimes whereby “too big to fail” banks confiscate individual and companies' deposits has been put in place with very little public discussion or awareness of the risks and ramifications of bail-ins.

If bail-ins take place, which now seems almost certain when banks get into difficulty again, there is a very significant risk that bail-ins alone will lead to a collapse in consumer and business confidence as consumers and businesses see their savings and capital confiscated. This alone will likely compound a difficult economic environment and lead to sharp recessions and depressions - economic contagion. 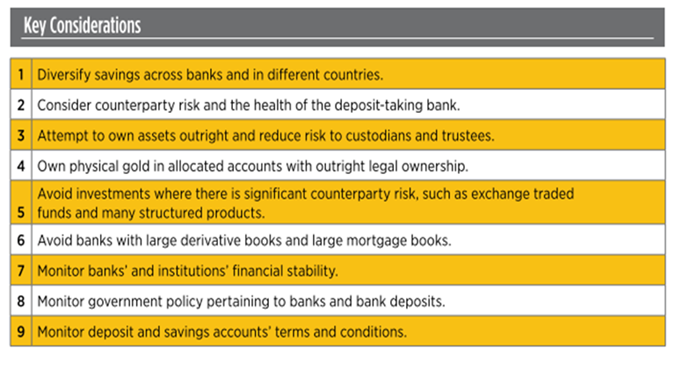 Must-read guide and research on bail-ins here: Protecting Your Savings In The Coming Bail-In Era