Back in July of last year we showed why, when it comes to the illusion of prosperity and wealth among the broader population, any Chinese attempts to achieve this by stimulating and reflating a stock bubble will fail. The reason was simple: while in the US the vast majority of household wealth, some three quarter of it, is contained in the stock market in China this picture is inverted, and 75% of Chinese households have historically put their assets in housing.

As such any attempt to manipulate the Chinese sense of household net worth by boosting the stock market is doomed to fail, although that doesn't mean China won't try: as we showed recently, not only will China try to boost the stock bubble as an interim store of household assets until such time as housing returns to its rightful bubbly place, but it won't even be remotely subtle about it.  The chart below shows the ridiculous surge in Chinese margin debt, which as BNP explained previously is one of the main liquidity-driven pathways why the Shanghai Composite has gone vertical in recent weeks - a bubble in dire need of a pin prick.

The problem with the above is that the stock market bubble is constantly one millisecond away from an epic crash, as the "speechless" BNP also explained in "What Happens Next Is An Unknown-Unknown."

Which explains why China is now in an outright panic to herd all those who have over the past 6 months moved away from the housing bubble and back into housing, housing which as we further showed previously, is now crashing at a worse than "hard-landing" pace, and is plunging faster than what happened in the US in the aftermath of the Lehman crash.

So what is China doing?

Well, the same thing that the US has been doing over the past 7 years using such traditional propaganda pathways as mainstream media and Financial TV outlets such as CNBC, and scramble to boost confidence and faith in an aging Ponzi scheme.

However unlike in the US, where it is all about the stock market, in China it is once again all about housing and as can be seen below the local "Department of Truth" is urging China's population to drop everything and back up the truth with a brand new Chinese house... or two... or three. Because unless it succeeds to get the local population to jump right back on the housing bandwagon, a hard landing is inevitable.

Here, courtesy of Investing in Chinese Stocks, is how China is doing just that.

All the nation's propaganda departments and news organizations...

Support the stable development of real estate and social stability...

The paper does not say to distort reality. Media is instructed to objectively report on the situation, but to be positive in the outlook, guide public opinion in a favorable direction. It's a confidence game now. 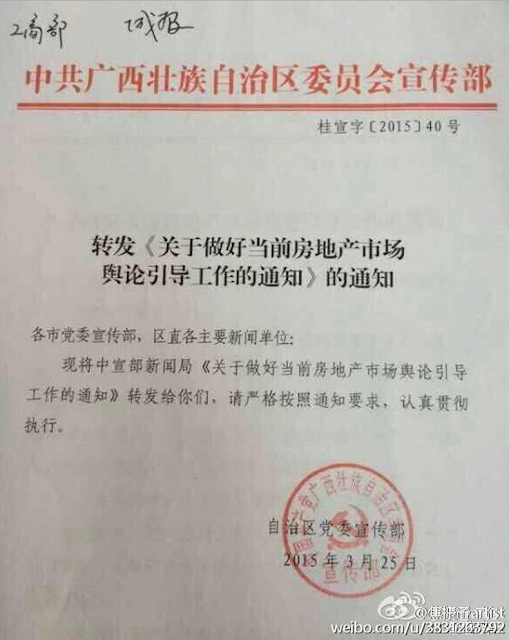 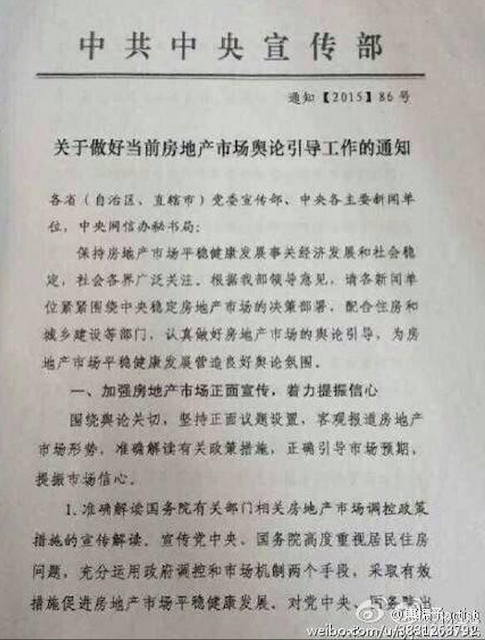