Another 'Explosion', This Time In Ecuador

One wonders if they too have exces auto inventory?

Ecuador’s Geophysical Institute, known as IGEPN,    reports new eruption at the Cotopaxi volcano outside of nation’s capital Quito at 10:50am local time Friday.

Yesterday at 17h21 a swarm of earthquakes that lasted until 18h06 (local time) was detected. The largest earthquake of this swarm occurred at 17h23 and had a magnitude 2.7. Later today at 04h02 and 04h07 two explosions were recorded, the first of which had an amplitude 6 Pa NTBs station. This corresponds to small explosions. See figure 1. These explosions were heard by climbers who climbed the volcano. 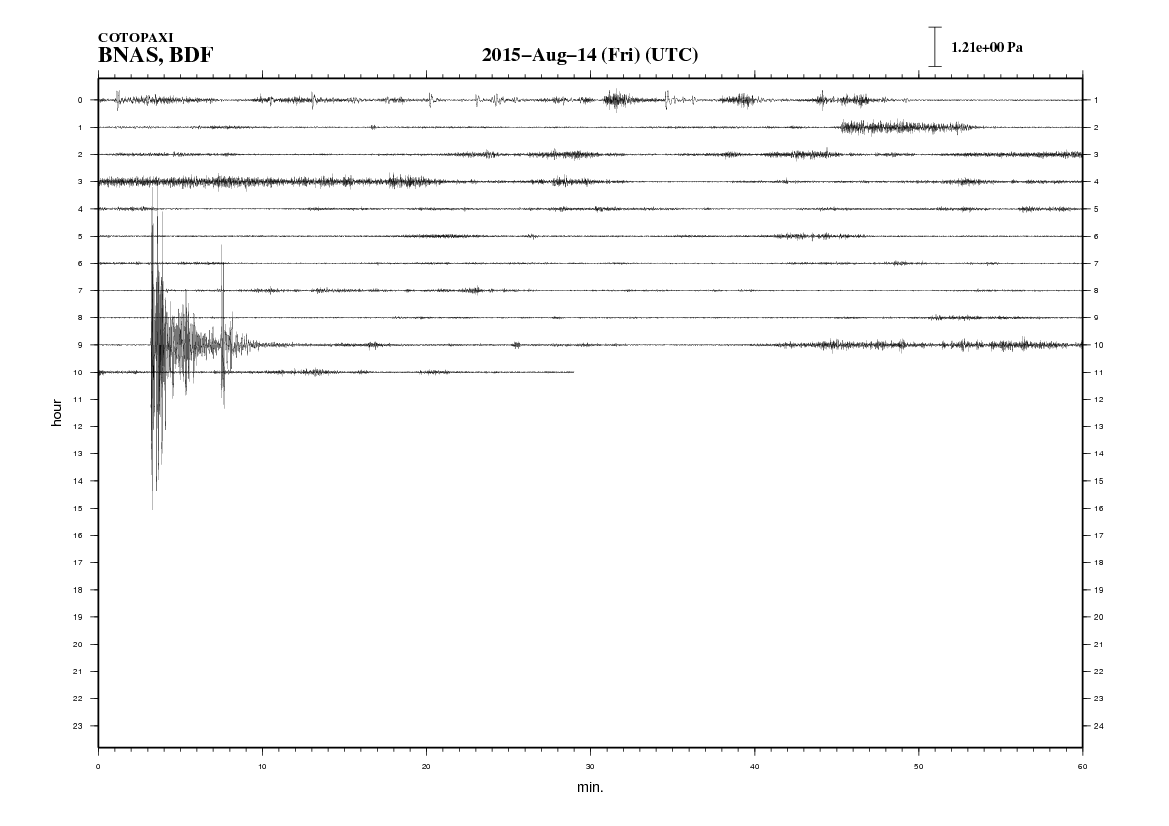 Fig. 1 Registration of infrasound station of NTBs. The time indicated in GMT hours, which is 5 hours more than Ecuador hour. Here the signs of the explosions today in the Cotopaxi volcano seen. The possibility of explosions in the volcano was reported in scenario 2, which was presented in the special report n.- 4 August 7, 2015.
The Geophysical Institute of the National Polytechnic School is continuously monitoring changes in activity in the volcano and promptly report any changes. The climbers is especially recommended caution in the area of ??the crater, to the possible occurrence of explosions, which throw blocks or very energetic emissions of steam and volcanic gases, which can be harmful to health.