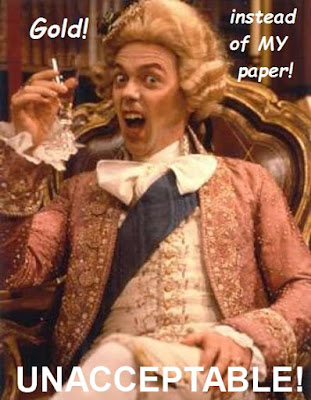 There is a short excerpt of a video interview with hedge fund titan Ray Dalio at the Council on Foreign Relations below.

I think it is priceless.   Ray lays out his thoughts on wealth and hedging with gold to the chuckles and sniggers of the pampered ruling class  in a very clear and straightforward manner.

There is also another video interview in which Dalio discusses his views with the smirking chimps from CNBC.   It is almost a scene out of Huxley’s Brave New World,  with Dalio as some kind of monetary savage trying to explain reality to those who have been incubated in an artificial currency regime of King Dollar and know nothing else.

Here is why I think that this is important.

The gold market in particular seems to have bifurcated, or split into two: one market for largely paper speculation and high leverage, and another for the purchase and distribution of actual physical bullion.

Is this a problem?

Yes it is.  Because the attitude towards gold among the status quo in the West has become rigidly dogmatic, supported by years of lazy thinking and a determined the campaign of ridicule and propaganda to try and extend the unsustainable.

You can see it emerge every so often in sites and media outlets and analysts who can be considered as creatures of the establishment, to use an older phrase, for whatever reason they may have.   Some of the economist manservants of the ruling class talk about gold with the same sneering manner that a Victorian aristocrat might have discussed the ‘rights’ of the peoples of India or of China.

And I do not necessarily think they are bad motives, in the dishonest sense at least.  Some may actually believe what they say, although for the most part I don’t think that the fortunate care what is good or what is true, if it serves their own special interests.  This is how they have been taught to be, how life is.

If you have been brought up, bred, and bombarded with certain points of view for most of your life, it is no surprise that you may reflexively tend to adhere to and promote those views without regard to any intervening facts, past or present.  You have been programmed by your education and, dare I say it, class.  I see it all the time.

And it can sometimes lead to odd divergences in reasoning.   This is why certain Founding Fathers found it perfectly acceptable to declare that ‘all men are created equal’ and also own slaves.  Or to seek to curtail the rights of the non-landed and women in terms of ruling and voting.   They are running on what they knew, without proper and rigorous examination.

It is hard for someone who has come from outside that system to understand how they can rationalize such a glaring discrepancy.  But if you put yourself in their place, and honestly examine some of your own habitual thinking, it is not so hard.

Hypocrisy, maybe.  And maybe it is just the unexamined prejudices of the fortunate.   Sometimes even what seems to be an obvious truth can only be seen clearly through tears.  And we have quite a surplus of the exceptionally fortunate these days, who have been pampered and privileged by an order which care very well for them, but that seems to be passing.

A big change is what we are heading for.   We have a financial system that still holds a vast amount of gold in the central banks, including the US and Europe according to their reports at least.  And more importantly, it is on a mad increase in the East with the central banks and the people buying in ever increasing amounts.   Those who serve the power circles of New York, Washington, and London do not want to hear about it, anymore than Winston Churchill had a regard for the thoughts of Mr. Gandhi. 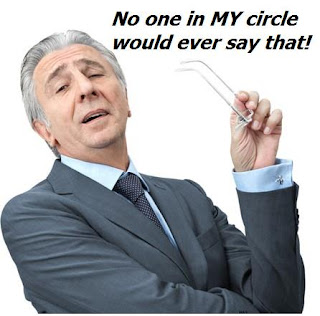 And despite the huge change in the global supply and demand for bullion, we have a holdover, a significant price discovery mechanism in New York and London that is increasingly diverging from the physical realities of supply and demand.

There is going to be a reconciliation of attitudes and realities at some point.  And it may be quite impressive.  The longer that the status quo and their courtiers try to maintain their modern aristocracy, like vast tectonic plates unable to move but building greater and greater pressure, the more dramatic that change may be when it finally comes.

And alas, so many of our politicians are servants, although well paid and well taken, of the moneyed interests.  So they will do nothing that would perturb their true lords and masters, if they wish to also become fabulously rich and rise within the existing system.

The thought of the harm that this careless disregard for justice and right reason is doing to a very large group of relative bystanders and innocents, whose proper role is to be protected by those who have been gifted with greater talents accompanied by oaths of office, is almost disheartening.