The NBA is headed for Financial Problems 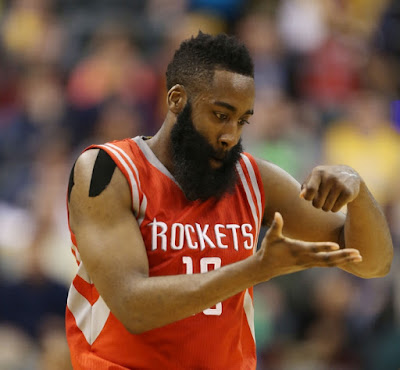 In fact, the players today care more about building their brand so as to secure a huge shoe deal than about actually winning games. Case in point is James Harden`s $200 Million shoe deal with Adidas or dating a Kardashian, and the Rocket`s having a top 10 Team Salary Obligation of $90 Million, and a bottom 10 Winning percentage of 0.389! There is hardly any incentive at all for James Harden to actually play hard on defense when he has already cashed in on his brand!
This is why when a team actually plays good team ball like the San Antonio Spurs or the Golden State Warriors and plays hard on defense it is such a shock to the system, and a huge advantage over the other NBA teams. This serves as an outlier event as opposed to normal behavior, and thus why the NBA routinely puts forth such an uninteresting and noncompetitive product on a nightly basis across the entire league!