Submitted by Samuel Bryan via SchiffGold.com,

A paper recently published by the National Bureau of Economic Research confirms that a large percentage of the increase in college tuition can be explained by increases in the amount of available financial aid. 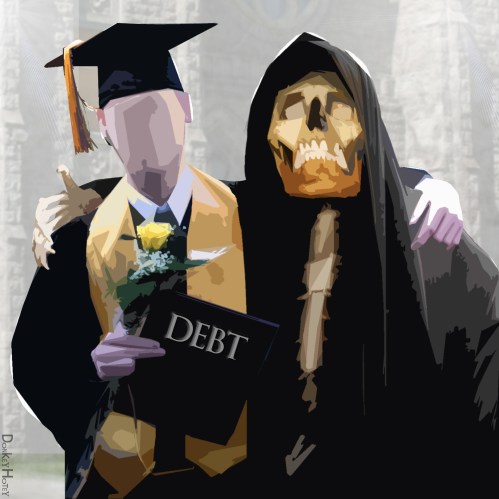 Peter Schiff was saying this as far back as 2012. That summer, Peter appeared on CNBC and debated an economist with the Progressive Policy Institute. Peter insisted that colleges are “basing their prices on the fact that students can borrow money with government guarantees.”

Economists Grey Gordon and Aaron Hedlund wrote their paper for the NBER after creating a sophisticated model of the college market. When they crunched the numbers, it confirmed exactly what Peter said in 2012. The demand shock of ever-increasing financial aid accounted for almost all of the tuition increase:

Specifically, with demand shocks alone, equilibrium tuition rises by 102%, almost fully matching the 106% from the benchmark. By contrast, with all factors present except the demand shocks, net tuition only rises by 16%. These results accord strongly with the Bennett hypothesis, which asserts that colleges respond to expansions of financial aid by increasing tuition.”

George Mason University economist Alex Tabarrok pointed out that Gordon and Hedlund revealed the inevitable outcome of government financial aid policy in his analysis of their paper for the Foundation for Economic Education:

"Remarkably, so much of the subsidy is translated into higher tuition that enrollment doesn’t increase! What does happen is that students take on more debt, which many of them can’t pay.”

According to Gordon and Hedlund, the spike in tuition driven by increased financial aid actually crowds out additional enrollment. But students who do enroll end up taking out $6,876 in loans compared to $4,663 absent the increased availability of financial aid. The end-result, a surging loan default rate from 17% to 32%:

The NBER paper coincides with a study released this summer by the Federal Reserve Bank of New York. Its major conclusion:

We find that institutions more exposed to changes in the subsidized federal loan program increased their tuition disproportionately around these policy changes, with a sizable pass-through effect on tuition of about 65%.”

This is not just a bunch of economic theory. These studies reflect the realities we see in America today. A White House study released in September revealed that about 73% of student loans are being repaid. That means 27% are not. And that number will likely grow in the years ahead.

A case currently working its way through the federal court system could pave the way for student loan debtors to discharge their obligations through bankruptcy. The federal student loan bill currently stands at more than $1.3 trillion, and it’s increasing at a rate of about $2726.27 per second. Some 7.5 million student debtors are now severely behind in paying their student loans.

In a nutshell, the federal government is destroying the value of a college degree. Peter summed up the problem during an interview with Tom Woods:

"Government wanted to make college more affordable. They made it more expensive. And at the same time, they destroyed the value of the degree. It costs more to get a degree, and the degree is worth less, because everyone now has one.”

Meanwhile, the American taxpayer is on the hook for all of this student loan debt.

To learn more about the student loan debt crisis and how it may impact you directly, get Peter’s exclusive white paper The Student Loan Bubble: Gambling with America’s Future. You can download it free HERE.