The Empire Will Strike Back

Authored by StraightLineLogic.com's Robert Gore, via The Burning Platform blog,

The populist revolt fueling non-mainstream political movements in both Europe and the US flows from a single source: you can not fool all the people all the time. The central lie of our time is that governments can and should forcibly assume control of individuals’ lives, in the name of vague and always shifting greater goods. The Command and Control Futility Principle holds that governments and central banks can control one, but not all variables in a multi-variable system. The number of variables global governments and central banks have arrogated to their purported control has grown beyond measure. Breakdowns are visible everywhere, and as those failures exact their ever-increasing toll on the masses, the masses are pushing back. 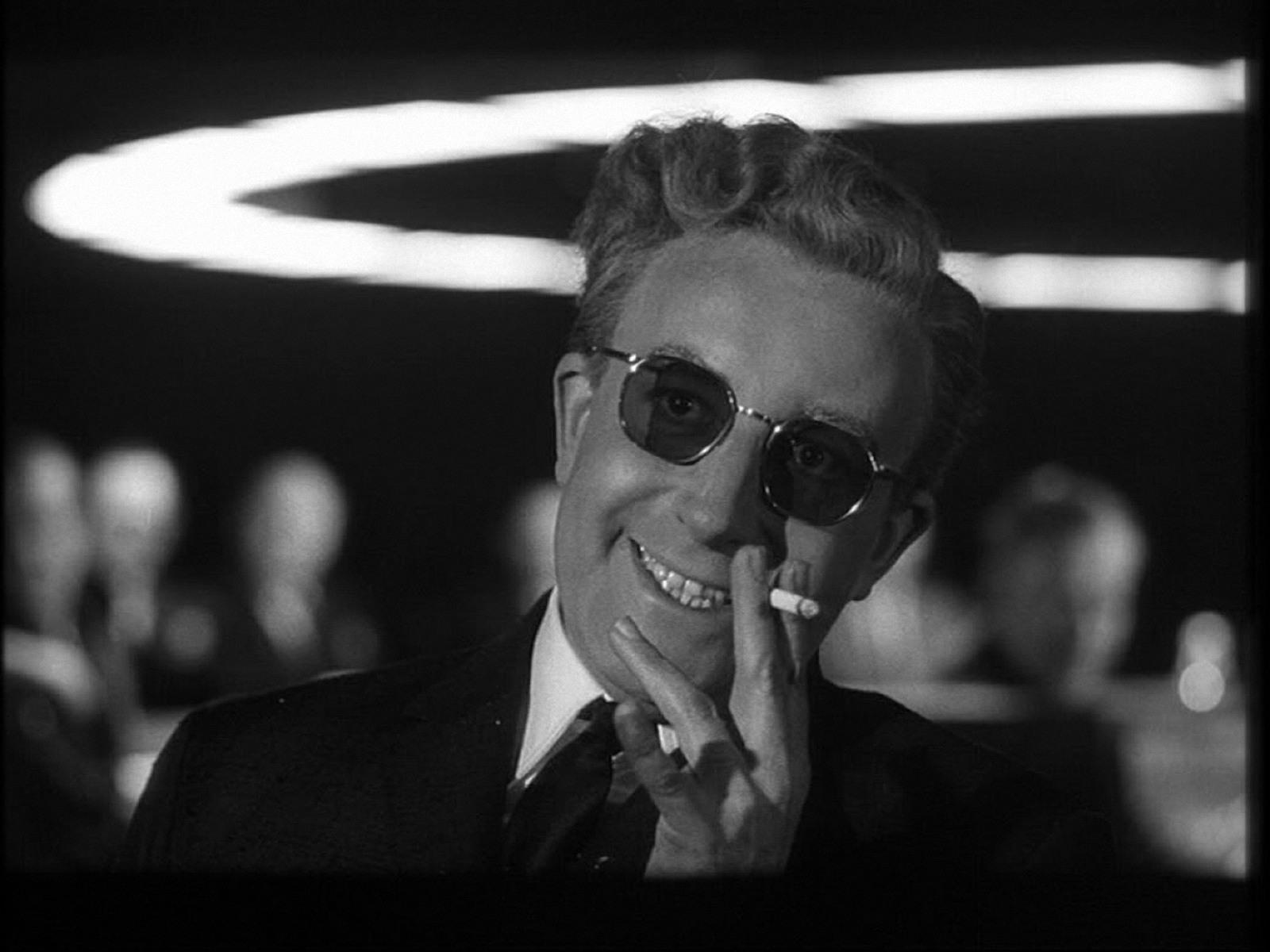 The last financial crisis was a watershed. Capitalism’s rough justice was obviously, and gallingly, not allowed to play out. Favored financial institutions didn’t face the consequences—insolvency and bankruptcy—of their promotion of various bubbles and their leveraged business models. They were bailed out with taxpayer funds. Especially galling was that they knew they were going to be bailed out. More salt on the wound: improvident homeowners and housing speculators who took on too much mortgage debt were, other than a few spotty government programs, not bailed out or even offered appreciable relief. Since the crisis passed, banks have operated on the assumption they will be bailed out again during the next crisis. Despite all the hype about improved capital ratios and cleaned up loan books, fractional reserve banking is still fractional reserve banking; a leveraged business model that is wiped out if enough loans and speculations go bad.

Still more salt: despite unprecedented government debt and spending, new programs, particularly Obamacare, central bank debt monetization, and ultra-low interest rates, the purported recovery is the weakest on record, with the labor force participation rate at a multi-decade low, the number of people on food stamps recently reaching a record high, and real incomes back where they were in the 1970s. Those ultra-low interest rates have destroyed the incentive to save and forced retirees back into the workforce (the one group whose labor force participation rate has increased), but provided cheap funding to the carry-trade set, stock options-laden corporate executives, and Silicon Valley moguls. Their trophy art, cars, mansions, and spouses grace the media. That’s beyond salt, it’s rubbing people’s noses in it.

The messes the globalist powers that be have made outside their jurisdictions are even larger than the ones inside. Led by the US, the Western powers have bestowed unending chaos on the Middle East and Northern Africa. They have achieved none of their goals, (see “How To Defeat Your Enemies”) but have created massive blowback with the spread of terrorism and the refugee inundation of Europe. Not only have the war-torn lands not been reordered along liberal democratic lines, but mountains of money and barrels of blood continue to be spent in perpetual war. Meanwhile, ordinary citizens in Western homelands, not the elites, are left to contend with terrorist attacks, refugees burdening already strained social welfare systems, and obnoxious and illegal behavior by some of the new entrants. The elites shun even acknowledging these problems.

It comes as a surprise only to the elites and their media mouthpieces that the peasants are revolting, tired of their prevarication, arrogance, and ineptitude. Don’t, however, expect them to pay attention to anything so insignificant as the popular will; they won’t go gentle into that good night. In the US, the establishment can live with Hillary, and if either Trump or Sanders—the revolution’s candidates—wins, the new president will soon learn who actually runs the government. Or he will have an unfortunate accident or heart attack. However, the Empire is leaving nothing to chance; it has already initiated a preemptive counterattack. The counterattack has three overlapping fronts: war, the economy, and civil liberties.

“The Quagmire to End All Quagmires” stated that “the US faces the danger of being dragged into World War III.” That phrasing may have been an error (SLL reserves the right, in perpetuity, to make mistakes, see “On Failure”). The US government most likely won’t get “dragged” into World War III; it will probably initiate it. If Turkey and Saudi Arabia invade Syria, assume they’ve been green-lighted by the US government, which will join them in the carnage.

As the economy goes down in flames, central bankers and the usual totalitarian creeps are embracing negative interest rates and bans on cash. Negative interest rates self-evidently destroy the incentive to save, the foundation of honest capitalism and progress. Many commentators have pointed out that negative rates lead to an increased demand for zero return cash, so the monetary Dr. Strangeloves have to ban it to drive money into the banking system. Although negative interest rates are patently absurd and counterproductive, always strong selling points for the Strangeloves, the real reason for locking money in the banking system is to prevent a systemic run. As in the last crisis, on a mark-to-market basis the leveraged banking system—with the largest US and European banks still massively exposed to derivatives—will be recognized as insolvent and subject to a run unless money is kept locked in the banks and expropriated.

This assault on financial freedom goes hand in hand with the war against civil liberties, a specious battleground in the concocted “War on Terrorism.” The mainstream media and even some of the non-mainstream blogosphere have been filled with articles about the “complexity” of the Apple-FBI standoff on encryption. The word “complexity” is often a tip-off that someone’s about to pull an intellectual fast one.

Encryption is simple. It’s one of those issues most people dread: an either-or. Either one’s computer communications are encrypted and safe from prying eyes, or they are not. There is no middle ground, and Apple is ostensibly cutting its throat asking Congress, of all people, to come up with one. Encryption that has been compromised, for any reason, is useless. At Apple and the rest of Big Tech’s behest an encryption “compromise” will emerge that fatally compromises encryption, cementing Big Tech’s partnership with government. Lovers of liberty and privacy will be left searching for quite possibly illegal encryption developed by smaller, guerrilla software outfits.

Many will say that deliberate war, economic destruction, and technological repression are inconceivable; such a strategy is contradictory, counterproductive, depraved, deranged, diabolic, deadly, pathologic, sociopathic, psychotic, and out-and-out evil. All of the above, but if that’s your reaction, read, or reread, “Life, Or Death?” SLL recently posted Matt Bracken’s “Burning Down the House in 2016.” Bracken shares SLL’s forebodings of impending disaster, and it’s an excellent article, but he makes a mistake: granting the destroyers their stated intentions.

The proto-Marxist Jacobins of the French Revolution put it this way: “Out of order, chaos.” But first the Jacobins had to create the chaos, with an artificially engineered grain shortage leading to food riots, which they exploited for their revolutionary ends. Vladimir Lenin put it this way, when told that bread riots were breaking out in Russia: “The worse, the better.” The better for creating the optimal revolutionary conditions. The Black Panthers, revolutionary Marxists of the 1960s, said, “Burn, baby, burn.”

The currently existing social compact has to be burnt to the ground before the new world economic order can be built up from the ashes. This will be as true in 2017 as it was in 1917.

Regardless of the rhetoric—Liberté, égalité, fraternité; Dictatorship of the Proletariat; The Thousand Year Reich; The New World Order—the truth is that the means—destruction and death—are the ends. Psychopaths kill millions of people because…they enjoy killing millions of people. As SLL posited in “Life, Or Death?”, citing Ayn Rand, a malevolent desire to kill others is, at root, a desire to kill one’s self. The slogans, the supposed omelets that justify cracking all those eggs, are dross.

That imparts analytic clarity to the future. When one understands that one’s life is on the line, one must fight with everything one has. Or else.