Submitted by Tony Sagami via MauldinEconomics.com,

My college-aged kids love him. I’m not talking about Stephen Curry or Justin Bieber (although they love them too); I’m talking about Bernie Sanders.

Whether you support him or not, my guess is that most Americans my age are very surprised about his popularity. However, it shouldn’t be a surprise given the economic stress many Americans face.

A shrinking middle class and a growing lower class 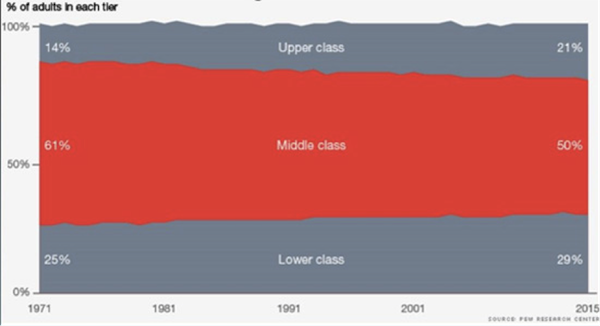 Sadly, roughly 50 million Americans live below the poverty line—the largest number in our nation’s history—and the poorest 40% of all Americans now spend more than 50% of their incomes just on food and housing.

No wonder that consumer sentiment has been sinking fast, which is a very troubling sign for our consumer-driven economy. 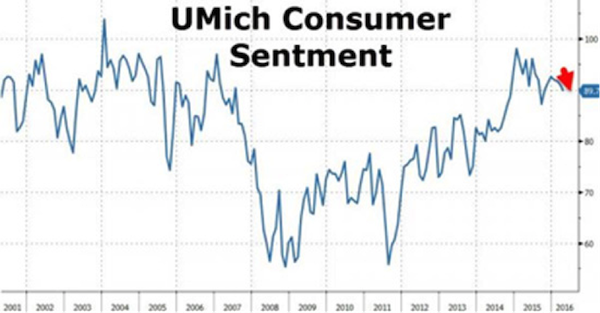 That consumer angst translates into a drop in spending. The Commerce Department reported that retail sales dropped by 0.3% in March, well below the +0.1% gain Wall Street was expecting.

The biggest drop was in auto spending, which was down 2.1%.  One of the weakest sectors, however, was restaurants. 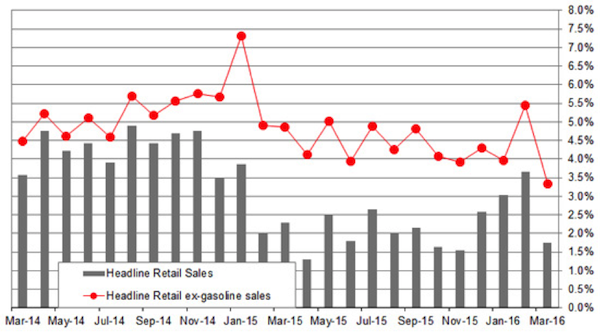 I suspect the root of the issue is wages… or lack thereof. The reality is that inflation-adjusted wages—despite the recent minimum wage increase in several states—have been shrinking.

A recent report concluded, “In real terms, the average wage peaked more than 40 years ago.” 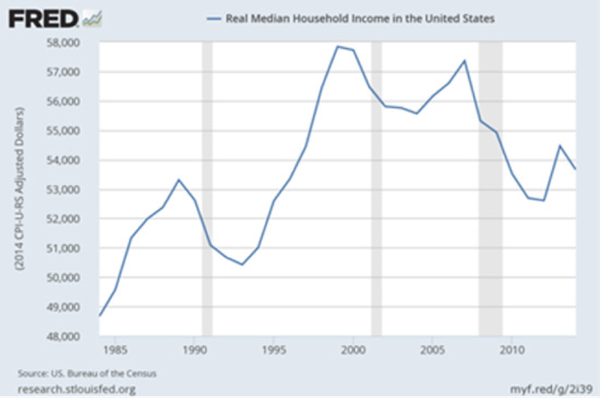 Debt is piling up

And it doesn’t help that Americans continue to rack up debt.

Example: Outstanding auto loans have hit more than a trillion dollars. With an average balance of $12,000 per person, that consumes nearly 8% of the average borrower’s disposable income!

No wonder that an estimated 62% of Americans are living paycheck to paycheck.

And all of us—low, medium, and high income combined—are working longer than ever to pay a growing tax bill. Tax freedom day (the day when the nation as a whole has earned enough to pay the state and federal tax bill for the year) arrived on April 24, according to the nonpartisan Tax Foundation.