"China Is Headed For A 1929-Style Depression"

Authored by Sue Chang via MarketWatch.com,

The provocative Xie, who was a top economist at the World Bank and Morgan Stanley, found notoriety a decade ago when he left the Wall Street bank after a controversial internal report went public. Today, he is among the loudest voices warning of an inevitable implosion in China, the world’s second-largest economy.

Xie, now working independently and based in Shanghai, says the coming collapse won’t be like the Asian currency crisis of 1997 or the U.S. financial meltdown of 2008.

In a recent interview with MarketWatch, Xie said China’s trajectory instead resembles the one that led to the Great Depression, when the expansion of credit, loose monetary policy and a widespread belief that asset prices would never fall contributed to rampant speculation that ended with a crippling market crash. 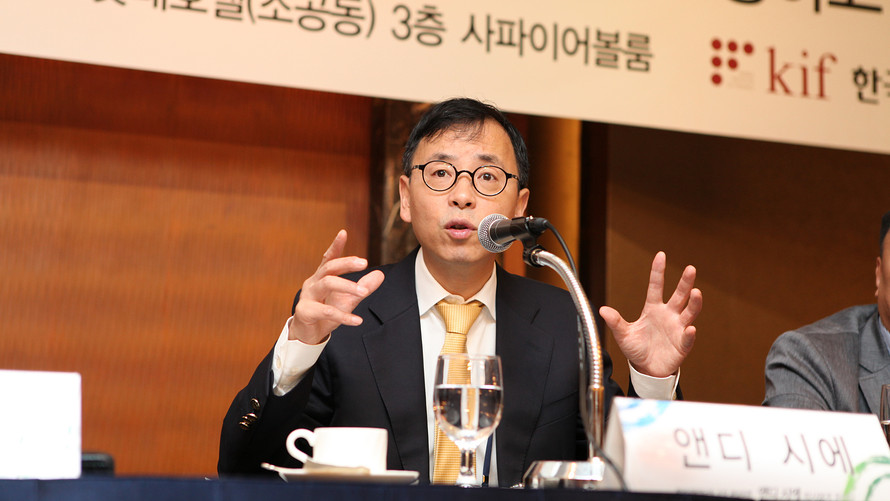 China in 2016 looks much the same, according to Xie, with half of the country’s debt propping up real-estate prices and heavy leverage in the stock market — indicating that conditions are ripe for a correction.

“The government is allowing speculation by providing cheap financing,” Xie told MarketWatch. China “is riding a tiger and is terrified of a crash. So it keeps pumping cash into the economy. It is difficult to see how China can avoid a crisis.”

Xie’s viewpoints have at times attracted unwelcome attention. In 2006, when he was a star Asia economist at Morgan Stanley, a leaked email to colleagues in which he said money laundering was bolstering growth in Singapore led to his abrupt departure from the bank.

In early 2007, he termed China’s surging markets a “bubble” that could lead to a banking crisis,” and in 2009 he likened them to a “Ponzi scheme.”

Xie, who is from China but was educated at — and earned a Ph.D. from — Massachusetts Institute of Technology, has said Chinese authorities have tried to characterize him as an American spy sent to disrupt their markets after his 2007 prediction. China’s consulate general in San Francisco and its embassy in Washington did not reply to requests for comment.

While he now works independently, Xie’s opinions on Asian affairs remain influential. He writes regularly for the South China Morning Post, among other publications, in May saying China is running a “gigantic monetary bubble that has corrupted virtually every corner of the economy.”

Xie “is a respected economist,” said Huawei Ling, managing editor of Caixin Weekly and a John S. Knight Journalism Fellow at Stanford University. “I appreciate his consistency and his analysis on China’s economic issues,” she said. 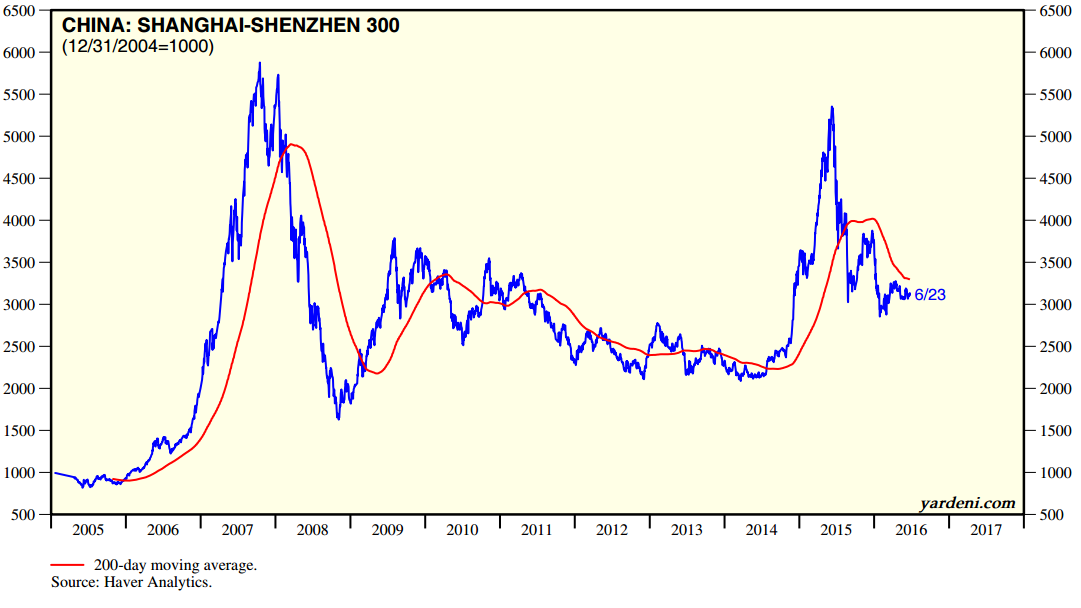 In an interview with this reporter more than a decade ago, Xie warned of a lack of depth in China’s dazzling rise, saying the rapid growth on the country’s coastal cities masked the fact that many inner areas of the country were stuck in the “Stone Age.”

Concerns about China’s economy are more commonplace now. Two camps have formed in 2016: those like Templeton Emerging Markets Group Executive Chairman Mark Mobius, who believe a resilient China is experiencing temporary growing pains, and those who, like Soros, foresee an imminent collapse.

Xie is firmly in the latter camp.

“China grew too fast,” Xie said. “The government is using its power to stop the unraveling but not address the issue. It is just buying more time.”

Fresh worries about China after the Brexit vote

Xie’s criticism coincides with fresh worries about China after the U.K.’s vote to quit the European Union, which triggered an across-the-board selloff in risky assets as investors sought cover in safe-haven assets. Global markets have rebounded somewhat, but uncertainty remains.

Subsequent strength in the U.S. dollar has prompted analysts to predict an accelerated weakness in the Chinese yuan. The yuan slumped to a nearly six-year low against the greenback this week, according to FactSet.

More broadly, fissures have started to appear in the world’s second largest economy. After years of expanding at a blistering pace. China’s gross domestic product grew 6.9% in 2015, its slowest pace in a quarter-century.

For 2016, Beijing has set a GDP target of 6.5% to 7%; The latest spate of global uncertainties prompted Bank of America Merrill Lynch and Deutsche Bank to trim their forecasts to 6.4% and 6.6%, respectively.

China’s stock market last year dove in June, losing more than 30% in a month as regulators tightened margin-trading and short selling rules, making it more difficult for investors to borrow money to invest in stocks. A belief that the government was not properly responding to the economic slowdown also weighed on sentiment.

Then in August, authorities unexpectedly devalued the yuan in a bid to support the flagging economy, sparking unprecedented capital flight.

Xie and other observers say the surest way to get China out of its rut is to boost consumption, marking a deliberate turn away from a manufacturing-focused economy. Efforts are under way to move China in that direction, but analysts say the process could take years or even decades — during which China could reach a breaking point.

There’s no equivalent metric in the U.S., but household debt stood at $14.3 trillion while nonfinancial debt totaled $13 trillion at the end of the first quarter, according to the Federal Reserve. The combined tally of $27.3 trillion is roughly 1.5 times the U.S. GDP.

Torsten Slok, chief international economist at Deutsche Bank said in May that China’s credit bubble is worse than the U.S. subprime buildup that led to the last financial crisis. “It is clear that in China in recent years more and more capital has been misallocated and not resulted in higher GDP growth,” said Slok. 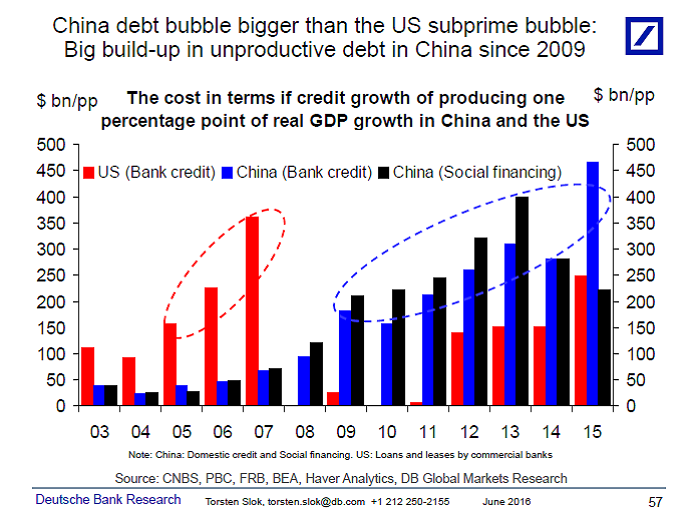 Kyle Bass of Hayman Capital Management, who was among the few on Wall Street to correctly predict the subprime mortgage crisis, shorted the Chinese yuan earlier this year, warning investors in a 13-page February letter that China is making the same mistakes the U.S. did 10 years ago.

“The unwavering faith that the Chinese will somehow be able to successfully avoid anything more severe than a moderate economic slowdown by continuing to rely on the perpetual expansion of credit reminds us of the belief in 2006 that U.S. home prices would never decline,” Bass wrote.

Xie, meanwhile, says he is doubtful of the Communist’s Party’s ability to manage and grow China’s economy — but believes that, if they become more hands-off, the country could become the world’s leading economic force. At the core of Xie’s concerns about China is the contention that the government is doing more harm than good.

“If government takes a step back instead of dominating the economy so much, China can be twice as big as the U.S. in 20 years,” he said.

‘The Communist Party isn't compatible with the future of China’

Today’s regime in China recalls the U.S.-backed Chinese National Party, or Kuomintang, that ruled the country until its defeat at the hands of the Communist rebels in 1949, according to Xie.

The Nationalists, he says, flooded the economy with easy money to support speculation that led to runaway inflation. That, in turn, shifted public sentiment in favor of the Communists, who drove the Nationalists out of the country.

“It was very similar to what is going on right now,” said Xie. “If you keep on printing money to use for speculation, you will have hyperinflation and a currency crash,” he said. “The Communist Party isn't compatible with the future of China.”

Xie’s criticism of the government hasn't resulted in his arrest although he was not certain whether that will not change in the future. Chinese officials have started to muzzle analysts and journalists who have published pessimistic reports on the economy, The Wall Street Journal has reported.

And his research reports are not currently distributed in China. “There are safety mechanisms to stop someone like me reaching the ordinary people,” said Xie.

Despite his frustration, however, he occasionally belies immense pride in his country and bemoans the fact that the global community may be underestimating China’s potential.

“The economists in the West who say that China isn't very important are wrong,” he said. “China isn't an emerging economy. It is the only country that caught up with the West, and it will shape the path of the global economy in the future.”