"I don't understand people...who talk about us as being in decline, and who act as though we are not yet the greatest country that has ever been on the face of the Earth for all of history!"

How can we possibly have any problems, except for malcontents, naysayers, and whiners?  We are the greatest!

The Democratic establishment's lack of understanding of what a large portion of the public has been saying and thinking during this entire election cycle and beyond is both remarkable and yet understandable, given the insular bubble of easy money, crony capitalism, and endless favoritism in which their candidate and their pampered protégés exist.

This utter disconnect from the public is why liberal establishment figureheads can write columns in the New York Times suggesting that all must be well everywhere, because things are great in the affluent bubble-land of the Upper West Side of Manhattan, or in Silicon Valley.  And then go on to imply that anyone who may disagree, who may be protesting and working for meaningful reform, is ignorant or dishonest.

This is no incidental thing; it is systemic.  It was revealed to be the emails and the attitude of the DNC establishment towards the entire Bernie Sanders campaign, which was a remarkable manifestation of popular will to reform.

We have been hearing this sort of nonsense for some time now from the establishment cronies of both parties.  Like all elites who have become insular and out of touch throughout history, the fortunate few have stopped listening to anything outside of their own circles, and have little attention or tolerance for dissent from their group thought.

And I suspect that the DNC power players, led by their poster child HRC, would like to take the support of the progressive and reform factions for granted, counting on fear of Trump to beat them into line.

Does anyone doubt that the very comfortable Wall Street wing of the Democrats will eventually toss the progressives and reformers under the bus, and try to garner more endorsements from disaffected establishment Republicans and their big money sponsors?   After all, this has been Obama's modus operandi for the past eight years.

One gets the distinct impression that political party powers are not particularly interested in real reform, or equal justice, or relief to the many disadvantaged from an increasingly corrupt and broken system.

Rather, they want to climb on board the upper decks and get a piece of the action from the existing dirty, rotten system for themselves.  They may talk the talk of justice and compassion, but in their hearts their guiding principle is 'greed is good.'

Let's see if that overreach gets an unexpected reaction, sooner rather than later. But as some point there will be one. 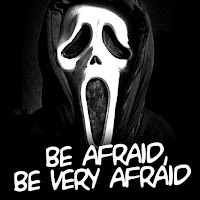 And make no mistake about it, Trump may be more of a wild card, an unknown entity in the political arena, but he has a long history that suggests that he will be no better, no different, and perhaps worse in the short term.

This is a year of poor choices, and that is a direct outcome of a broken, inwardly focused political system dominated by captive institutions and by Big Money.

And rather than an appeal to reform, and progress, and real growth, what we are instead served up is bread and circuses, and a heavy handed attempt to rule by fear rather than by the reform, which people so desperately crave, with their informed consent.