The Jill Stein campaign prides itself for being anti-corporate -- only accepting the donations from the small people -- the disenfranchised folks who cannot afford to donate to her losing campaign -- but do so nonetheless to help Jill fulfill an otherwise pointless existence in the political landscape. Thanks to her website and the Wayback machine, we can examine the donations and the rate by which they came in -- to see if they have a 'grass rootish' demeanor or not. Here is the timeline on 11/23/16.

Upon launching the new fundraiser to help ensure the Russians didn't hack the Presidential election, Jill raised an immediate 87k. 20:51:29

On November the 24th, 2016, there was 22 updates. I've chosen to analyze 3 time periods, every seventh update, in an effort to further analyze Dr. Stein's grass roots fundraising feats. Schedule. 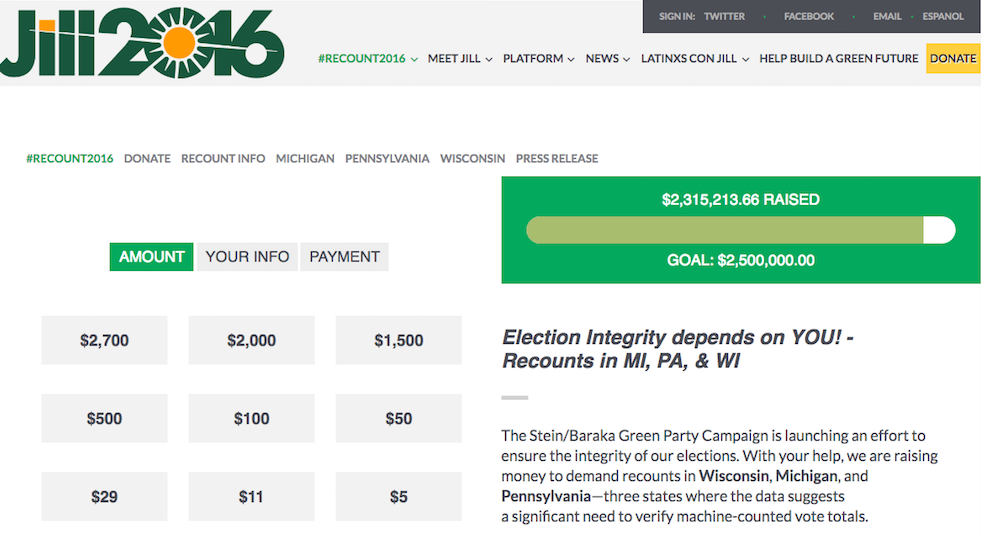 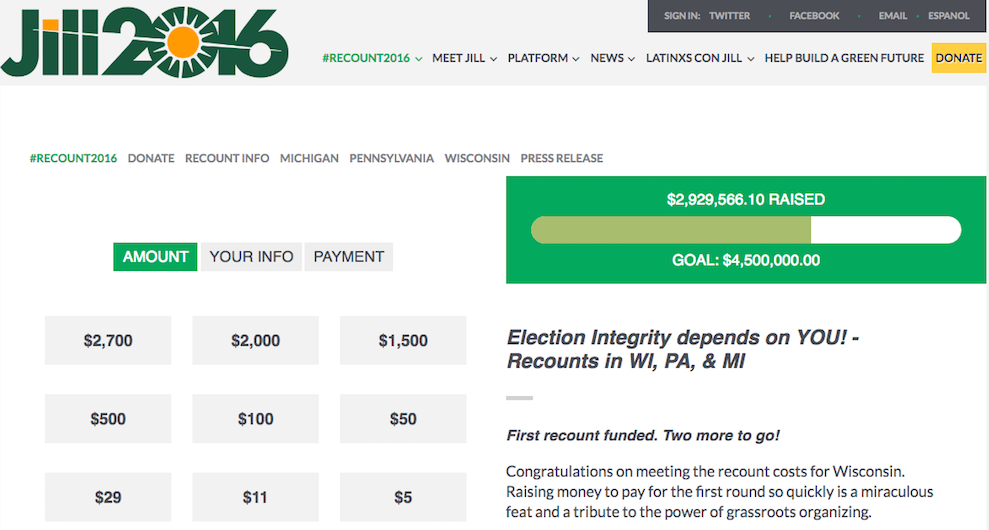 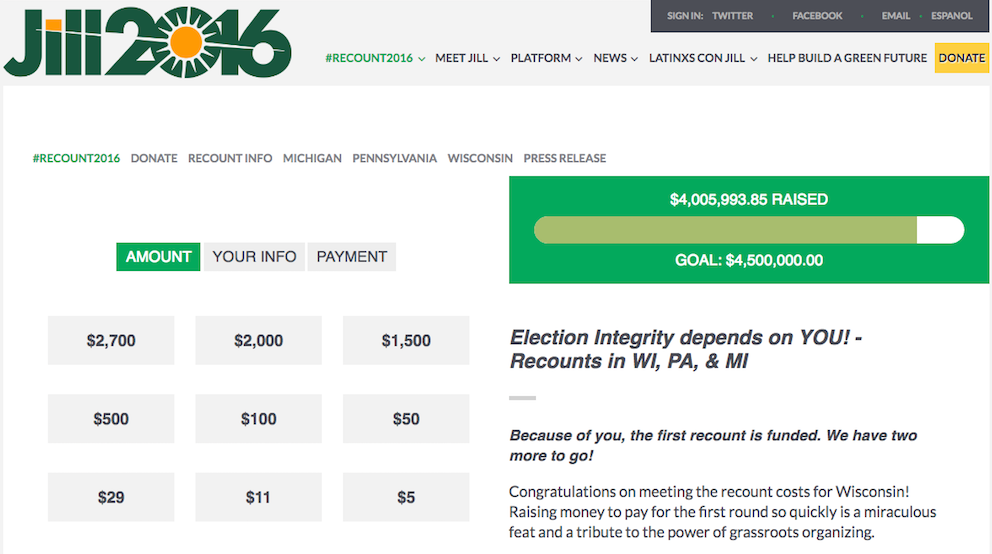 I'll summarize for the 25th and the 26th, in an effort to preserve brevity. Here is the timeline of updates for the 25th.

During Thanksgiving, Jill Stein's grass roots campaign had $4,591,039.66 on hand at 06:11:44. By 22:52:24, that number swelled to $5,322,206.01. Money was raised at $730 per minute. At 3:29:47 on 11/26, Jill Stein had $5,483, 727.60 on hand. As of right now, at 23:37, she has $5,532,782.53 on hand. Money is being raised at $40.87 per minute. In summary, Jill Stein raised an enormous amount of money in the opening hours of her campaign to recount the votes in the all important swing states of Wisconsin, Michigan and Pennsylvania. Although she claimed her fund raising efforts were entirely grass roots, the facts suggest otherwise. By what I'm seeing here, big donors stepped in early to put her over the top -- then the grass roots plebs stepped in to toss nickels at her -- with donations shrinking from $4,800 per minute to just over 40 bucks now. Interestingly, the rate by which she's raised funds have an inverse correlation to the amount of press she's been receiving. In other words, none of this makes any sense. Where did all of the early money come from? Content originally generated at iBankCoin.com