Who Has To Work The Longest To Afford An iPhone?

How many hours must you work to buy a new iPhone? It varies dramatically around the world, reflecting disparities in productivity and purchasing power.

According to a recent report by UBS that aims to measure well-being by estimating how many minutes workers in various countries must work to afford either an iphone, a Big Mac, a kilo of bread or a kilo of rice, the average worker in Zurich or New York can buy an iPhone 6 in under three working days.

The report also shows how in Kenya it would take three hours of labour to buy a Big Mac, while in the United States, it would take just ten minutes. It only takes five minutes to earn enough to buy a kilo of rice in Zurich, while in Nairobi it would take 62 minutes.

To reach these conclusions, UBS completed a standardized survey on prices of 122 services and goods, and the earnings for 15 professions in 71 cities around the world. Over 68,000 data points were collected and included in the report’s calculations.

To compare the cities effectively, all prices and earnings were converted in local currencies to the US Dollar (USD). To minimize the effect of daily price fluctuations the researchers used average exchange rates from the data collection period, which was between March and end of April 2015. 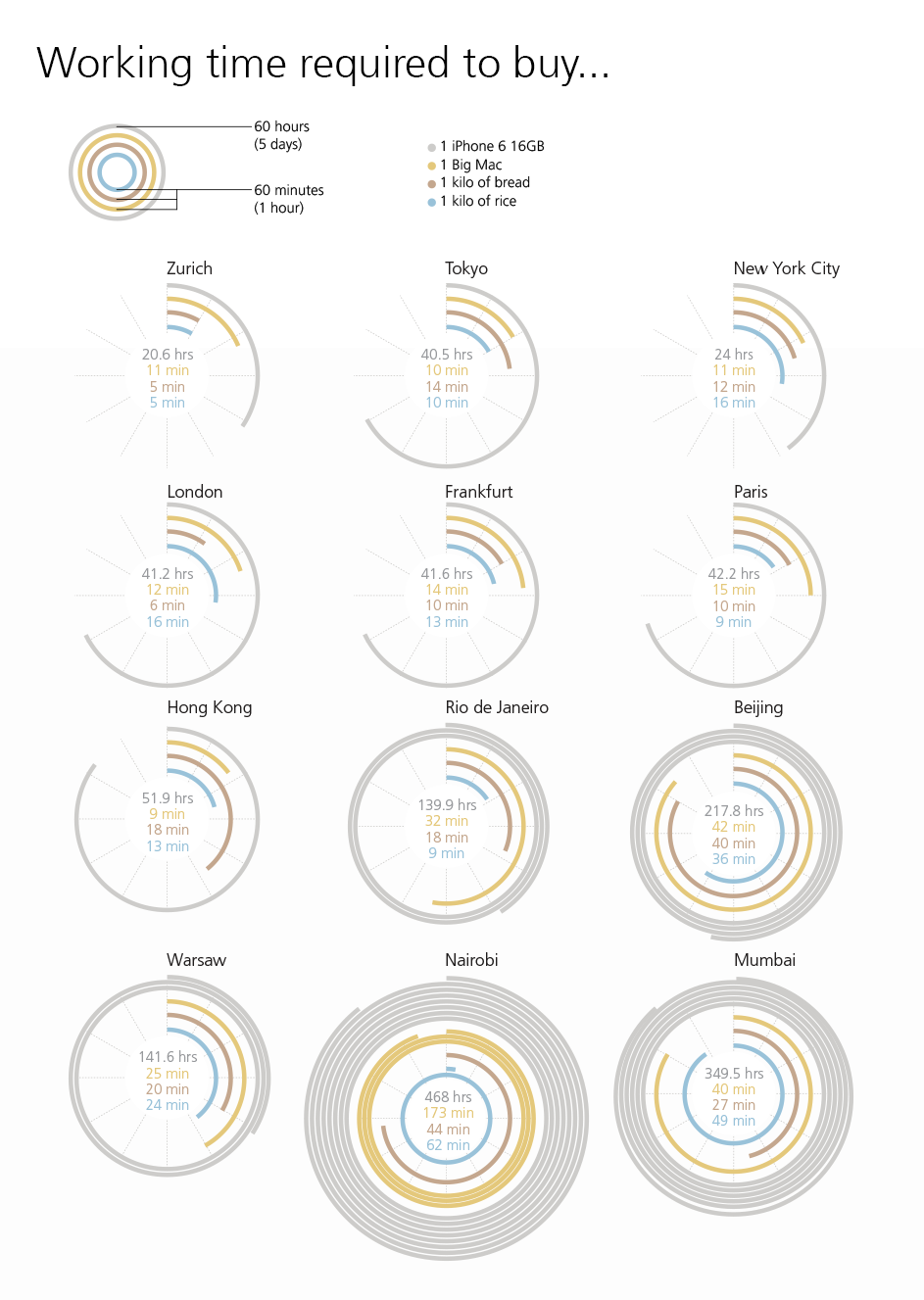