John McAfee: "The Most Deceptive Propaganda To Date Was Perpetrated On The American Public" 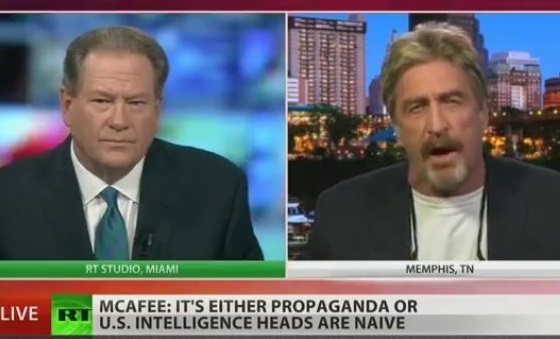 Security expert and former Libertarian presidential candidate John McAfee went on RT yesterday to discuss the Grizzly Steppe Russian hacking report by Homeland Security. While not addressing the intelligence community’s latest waffling in the ever-changing narrative (now it's a third party), McAfee went after the crux of the original evidence in the FBI/DHS findings. For anyone still suffering from Red Dawn syndrome, I suggest setting aside your Russophobic tendies for the moment and ignore the fact that this interview was brought to you by RT – because despite possibly having his neighbor murdered in Belize for poisoning four of his 11 dogs, McAfee knows a metric ton about this exact topic, and I get the impression the guy is a big fan of freedom. And revenge.

McAfee isn’t shilling for Trump either, as evidenced by an appearance on Larry King Now last week during which he laid out his grave concerns over the President-elect’s cyber security policies, which will ultimately be handled by the FBI. 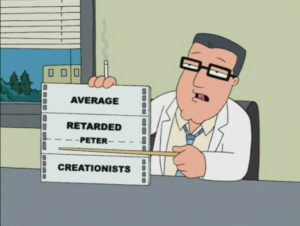 The nuts and bolts of McAfee’s argument is that Russia, with it’s high level of sophistication in cyber-warfare, would never be stupid enough to leave the very obvious fingerprints that US Intelligence cites as the foundation of their case for Russian involvement in the DNC hacks. In other words, this isn’t how state actors penetrate networks and perform espionage.

McAfee specifically pointed to the following key arguments in the Grizzly Steppe report:

All of which are the hallmarks of a 15 year old kid acting alone, or a poorly fabricated body of evidence.

I really don’t think this is going well for the establishment. The US Government can’t continue to drop cobbled together “bombshells” on the American public with such weak evidence, after we have very recently come to expect Wikileaks-level disclosure. As a nation, we aren’t just going to go from un-refuted emails involving pay-to-play, #SpiritCooking, and Zero Point Energy to "US Officials declined to describe the intelligence obtained, or how they obtained it." I don’t think people are buying the "just trust us" argument anymore. I know Oliver Stone gets it.

The era of true transparency has begun, fueled by red-pilled insiders like Edward Snowden, Chelsea Manning, suspected DNC leaker and suspicious murder victim Seth Rich (as well as Craig Murray) - whose efforts to expose high level malfeasance were delivered via safe channels such as Wikileaks and Glenn Greenwald. Daily dumps of the Podesta / DNC emails were analyzed with remarkable speed and accuracy through a massive, ongoing, crowdsoured investigative effort involving hundreds of thousands of citizens. Findings were analyzed and broadcast to millions thorough bastions of truth such as the Drudge Report, ZeroHedge, and Breitbart, (and of course the increasingly censored Twitter platform), which has produced higher quality journalism than the entire mainstream media complex. Consider how fast that WaPo electric grid hacking #FakeNews was dismantled. I can't imagine there’s ever been another period in history in which a government’s lies were so quickly and effectively exposed and disproven. This is historic, and much of it has happened over the last 6 months. In the meantime, US Intel agencies will continue to look progressively foolish every time they double down on this rabbit hole of phantam Russians, who were apparently so clumsy that they made entry-level hacking mistakes in their pursuit to “rig the election” by exposing the truth.

Alternatively, and as Julian Assange told Sean Hannity just days ago, the Russians had nothing to do with the leaks – which would make this intelligence charade pure propaganda.