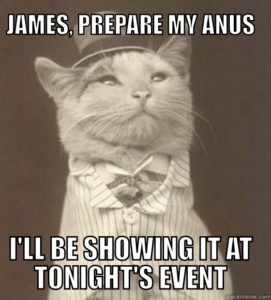 During last night's Golden Globes, Meryl Streep - who gave convicted child rapist Roman Polanski a standing ovation in 2003, vomited forth a pithy anti-Trump diatribe in which she parroted a well-debunked piece of MSM #FakeNews claiming the President-elect mocked disabled reporter Serge Kovaleski. Ol' Serge wrote a story 16 years ago in the Washington Post after 9/11 claiming that people in New Jersey were cheering in the streets after the twin towers fell. Trump, in an interview with George Stephanopolous, referenced the cheering. WaPo then attempted to "Fact Check" Trump's comment - deeming the statement - based on their own published work - to be false. Oops! When asked for comment on the issue, Kovaleski (who now works for the NY Times) backpedaled, bigly:

Trump, in explaining Kovaleski's backpedaling, did his now famous "stupid person" impression - which he's done in reference to Ted Cruz, CEO's of major banks, detractors in general, and even himself. Trump even did the same impression twice during the campaign rally in which he mocked Kovaleski - for his massive lapse in memory.

Not even a recently uncucked Piers Morgan is buying Streep's little ivory tower disinformation campaign against the President-elect. 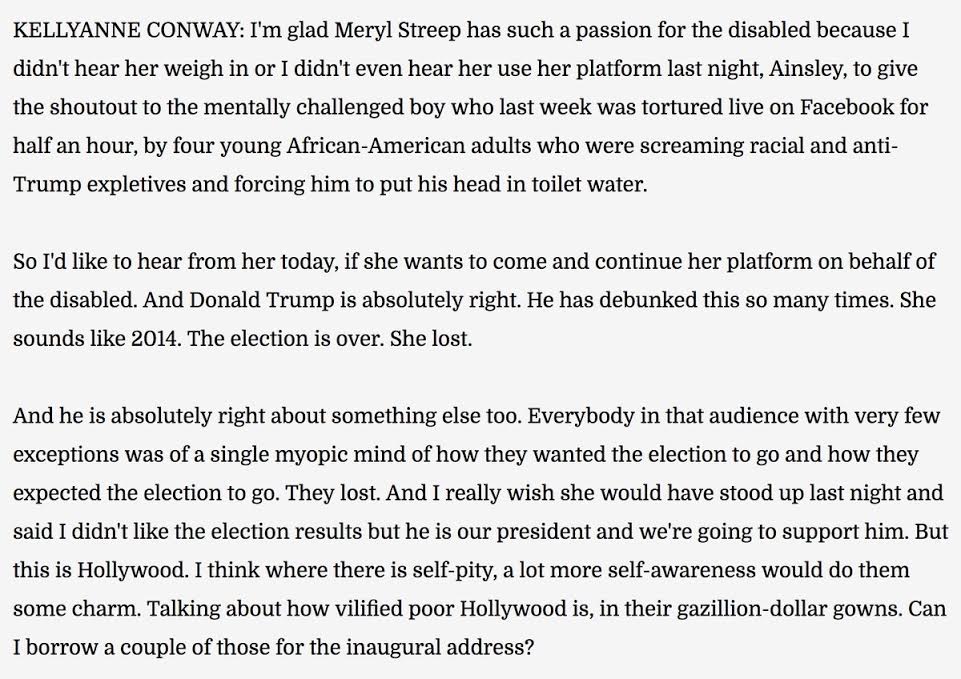 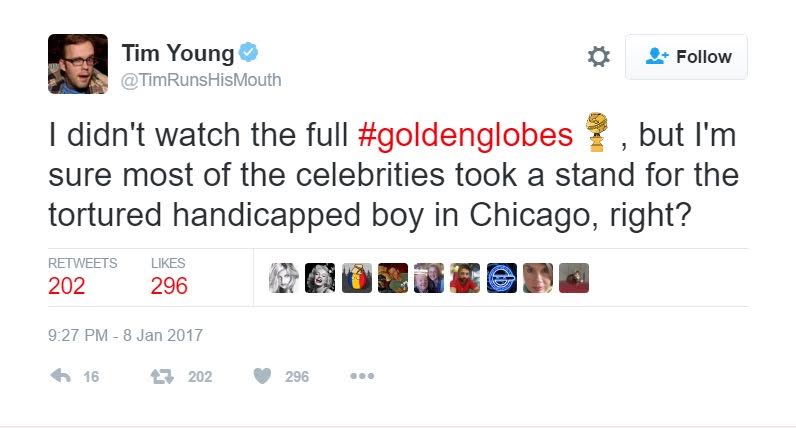 So Meryl, what about that handicapped kid in Chicago?