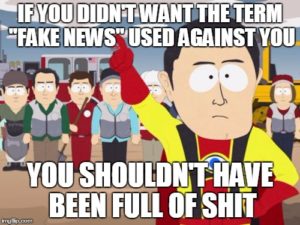 It looks like the propaganda wing of the establishment has decided to pull the plug on the whole "Fake News" thing they worked so hard on. Apparently their carefully crafted psychological priming mechanism designed to scatter Orwellian seeds of doubt regarding non-approved news agencies has gone awry - their own invention turned against them. Hmm. I wonder how that happened? It's as if the left and their minions have a credibility problem or something.

Sorry Washington Post, you had really bad material to work with but you tried your best. Not only did you dutifully participate in bashing President-elect Trump the entire election while downplaying Hillary's record, you were the first ones to the punchbowl to let America know (right before the Electoral College voted) about the CIA's evidence-thin conclusions in the Russian hacking scandal. You also tried to sell us on that whole "Russia hacked the electrical grid" thing, only to have to issue two retractions.

It should also be noted that the Washington Post was instrumental in planting the phrase "Fake News" - along with Buzzfeed, factcheck.org, and The Guardian. Once it gained momentum throughout 2016, Facebook's new fact checkers Snopes and Politifact, along with Vanity Fair, helped push the phrase into unaware and compliant minds towards the end of October.

Take a look at this google trends search: 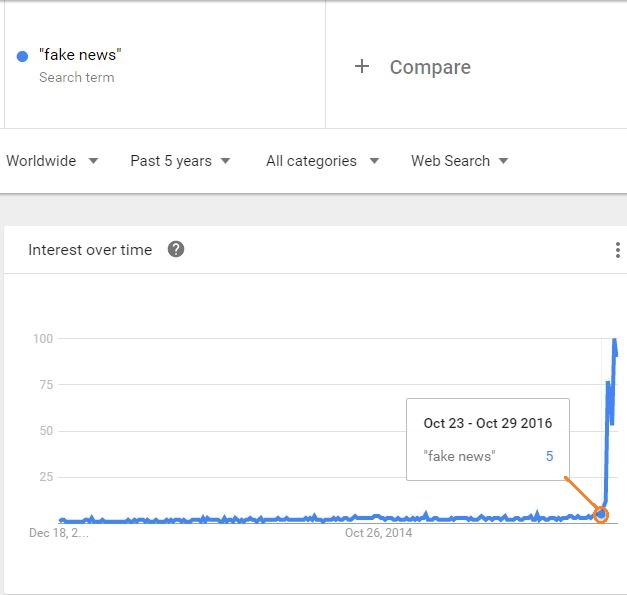 Given that the inflection point where "Fake News" skyrockets is approximately the last week in October (into the first week in November), let's look at which major outlets had been using the phrase earlier in the year.

April 2nd, 2016: A search for "Fake News" sorted by relevance (Google's default) for results prior to 10/29/0216.  What do we have here? Oh my, if it isn't the CIA's trusted source for leaking national security rumors, Jeff Bezos' Washington Post:

Searching for "Fake News" by date vs. relevance:

October 5th, The Guardian reports that Buzzfeed was allegedly hacked on October 5th by a Saudi teen named Ahmad Makki, who defaced the Buzzfeed website with a message that read "Don't share fake news about us." Facebook's Mark Zuckerberg was hacked by the same "Fake News" hackers.

In fact, a whole bunch of tech CEO's and celebrities were apparently hacked by "fake news" Ahmad Makki, who conspicuously shares the same name as a famous Pro-Assad blogger who was [nsfw]  brought to justice by the Free Syrian Army (the jihadist rebels Hillary planned to support in toppling Assad).

October 7th, two days after The Guardian story, buzzfeed turns around and posts a story about a "Fake Hillary Clinton Speech Transcript" emanating from a "fake news" website.

October 8th, Snopes gets in on the Fake News action:

October 19th, our old friends at the Washington Post jump into the fray once again: 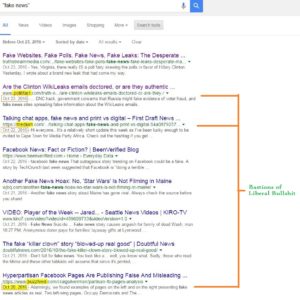 After the election, Google and Facebook (re?)-declare WAR on Fake News! 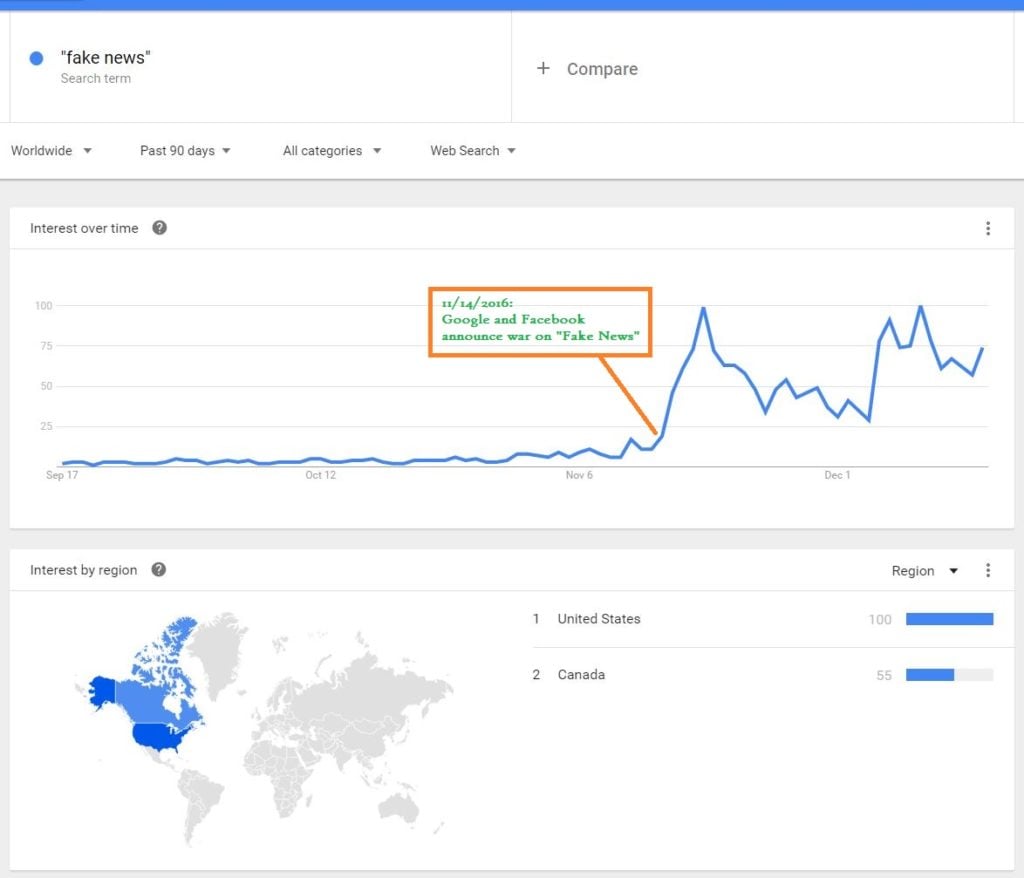 November 17th, WaPo publishes a story from a "Facebook fake-news writer" who thinks he got Trump elected. 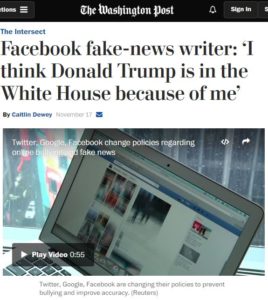 So there you have it - the carefully woven phrase "Fake News" was trotted out by the MSM to try and discredit non-approved sources of information, only to collapse under the weight of their inability to lie to the general public. 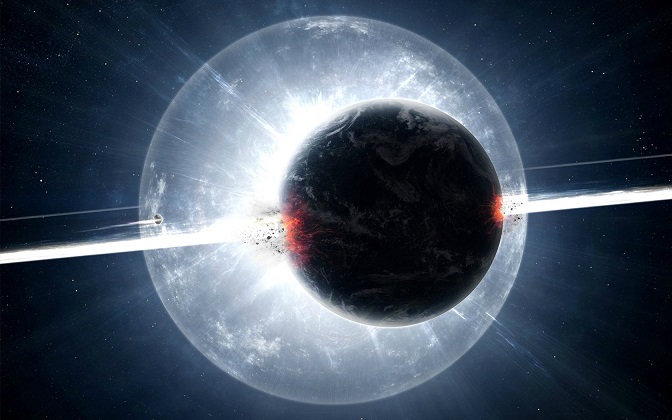