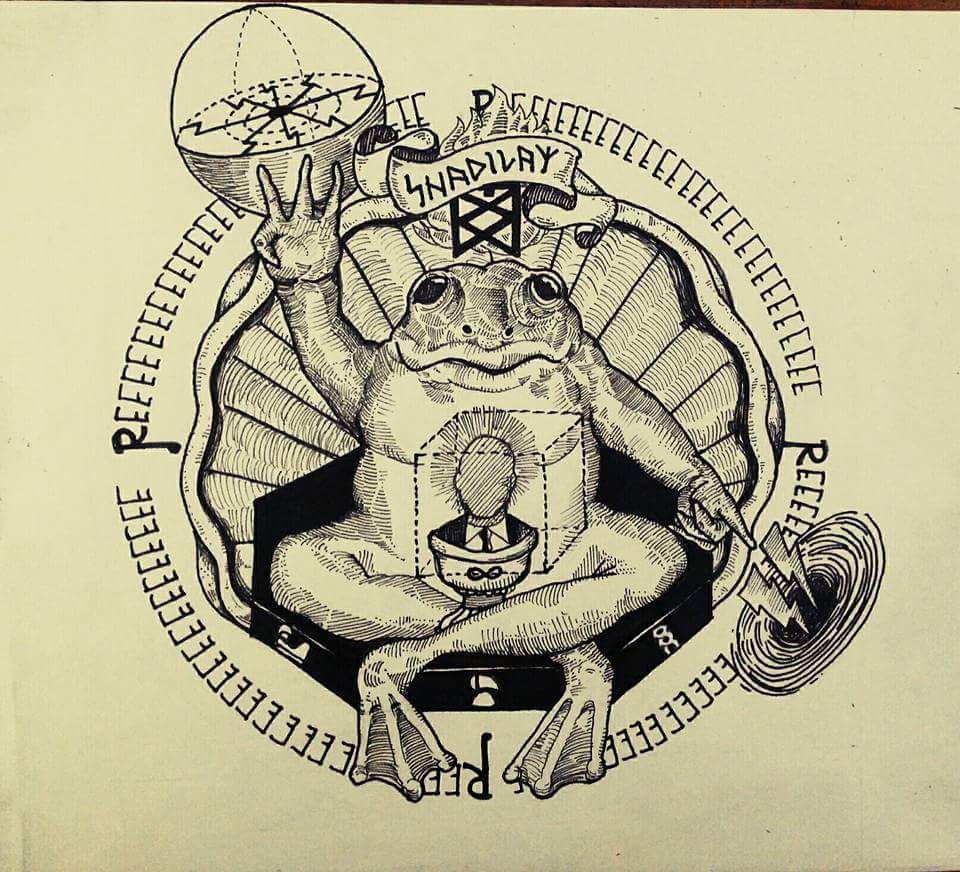 The entire Russian Hacking narrative may have just been destroyed by trolls on the internet, after the 35 page hoax dossier on Trump's relationship with Russia was "leaked" by Buzzfeed today (after being heavily fluffed by CNN ).

If you're not up to speed on the 35 page report released today, and it's intra-day dismantling, below is a recap straight from ZeroHedge since they've been all over this thing (if you're up to speed already, scroll down for 4chan proof).

In a report that will likely set much of the liberal media on fire in the coming days, CNN reports, citing "multiple US officials", that top intelligence officials last week briefed President-elect Donald Trump about Russian operatives' claims that they have compromised Trump's personal and financial information. The two-page document which was presented to Trump as an appendix to last week's briefing on alleged Russian interference in the presidential election, also noted allegations that there was an exchange of information between Trump surrogates and intermediaries for the Russian government during the campaign. -ZeroHedge

Then, Buzzfeed published the entire 35 page report - which began to unravel immediately: Note that Buzzfeed was one of the early adopters of the phrase "Fake News, in April" parroting the newly minted phrase" days after the Washington Post used it to discredit Trump supporters).

As reported moments ago, CNN is leading with a story about a 35-page dossier compiled by a former member of British intelligence, which had been distilled into a 2-page appendix presented to Trump last Friday by the US intel community, and which contains "explosive, but unverified, allegations" that the Russian government has been "cultivating, supporting and assisting" President-elect Donald Trump for at least 5 years and "endorsed by Putin" gained compromising information about him, with the aim of "encouraging splits and divisions in the western alliance." -ZeroHedge

The memo has allegedly been circulating among elected officials, intelligence agents, and journalists for weeks.

As the lascivious details and inconsistencies in the report began to emerge, Buzzfeed editor in chief Ben Smith distanced himself - citing "clear errors" 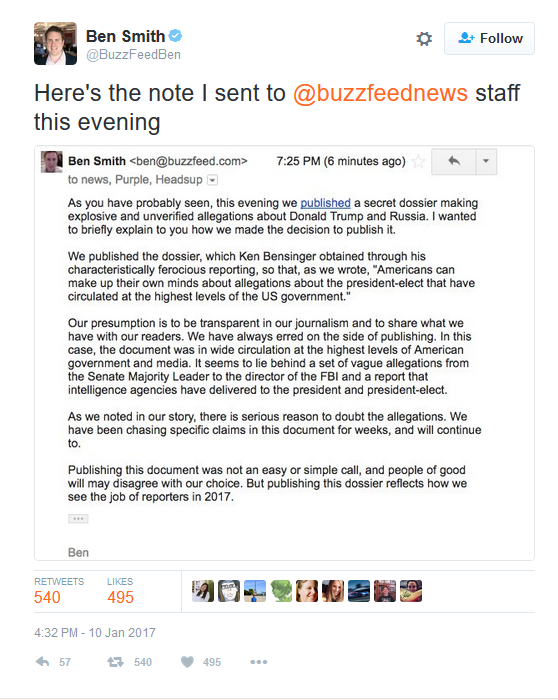 And in a bizarre twist, a 4chan user claims to have fabricated the claims in the 35 page report (via ZeroHedge):

In a story that is getting more surreal by the minute, a post on 4Chan now claims that the infamous "golden showers" scene in the unverified 35-page dossier, allegedly compiled by a British intelligence officer, was a hoax and fabricated by a member of the chatboard as "fanfiction", then sent to Rick Wilson, who proceeded to send it to the CIA, which then put it in their official classified intelligence report on the election.

Here is 4Chan's explanation of how the story came to light:

>he thought it was real and gave it to the CIA

>donald trump and obama have both read this pol/acks fanfiction

just let that sink in what we have become. 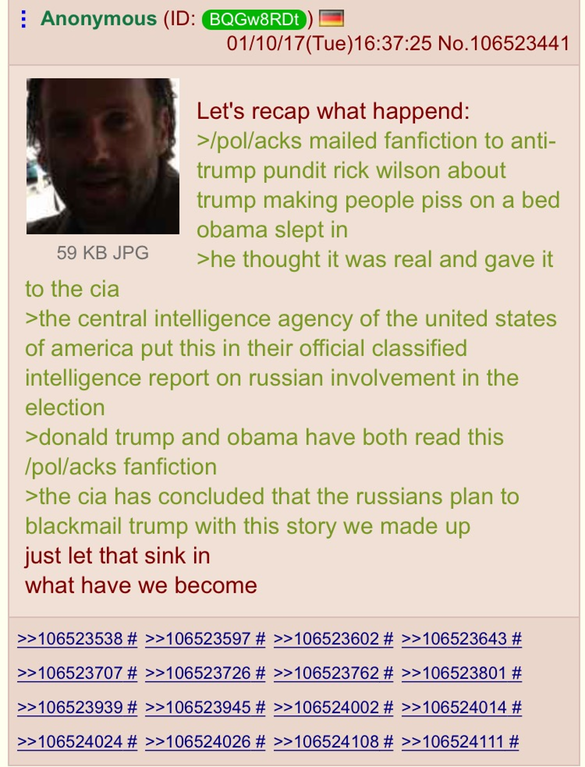 Ok, so some guy just said  that, but where's the proof?

RIGHT HERE, thanks to the 4chan archive of the original post from November 1st, talking about the whole plan to give the #FakeNews to Rick Wilson.

These 4chan users had clearly discussed OP giving Rick Wilson fake information prior to November 1st, which was partially or entirely included in the 35 page report linking Trump directly to Russia.

From here on out, assuming this is all true - it doesn't matter how "legit" any report, document, or declaration is from any agency regarding Russian involvement in the US Elections. Even if there were credible evidence in the case (there's not), it simply won't matter after today. 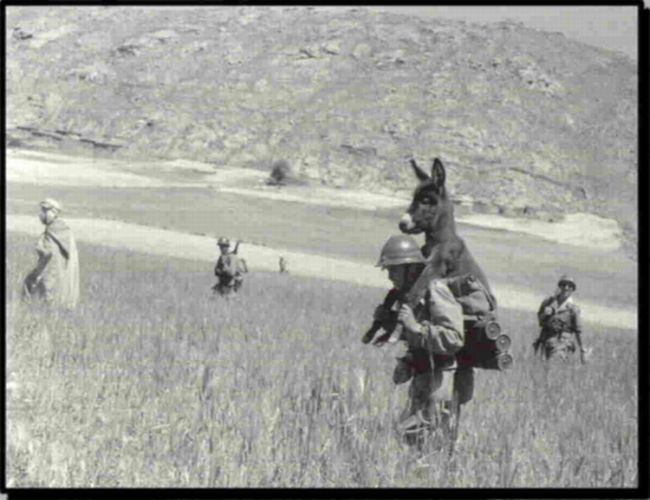