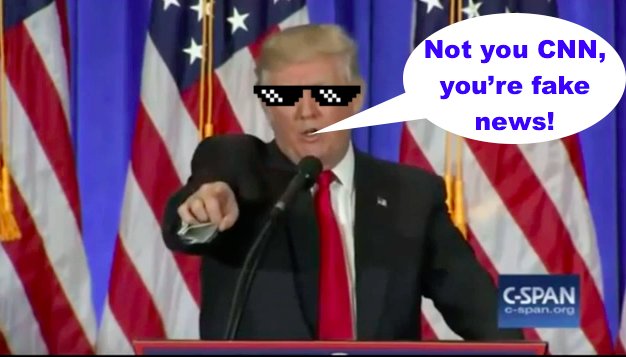 CNN just can't stop lying! The purveyors of #FakeNews have once again been caught, twice, peddling propaganda on Inauguration day.

First, Nancy Sinatra called them out for a bullshit tweet suggesting she wasn't happy with Trump's use of a Frank Sinatra song during the Inauguration: 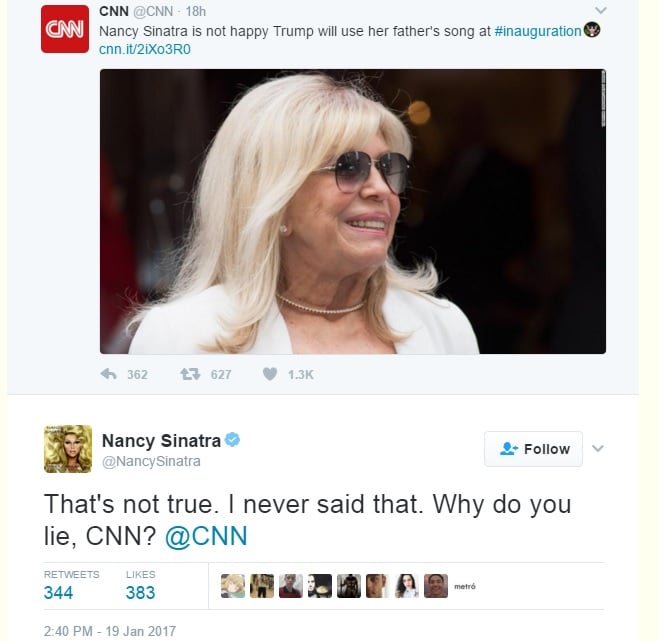 Second, CNN published a bullshit article suggesting a low turnout compared to Obama, except the picture they used for Trump’s Inauguration appears to be from much earlier in the day: 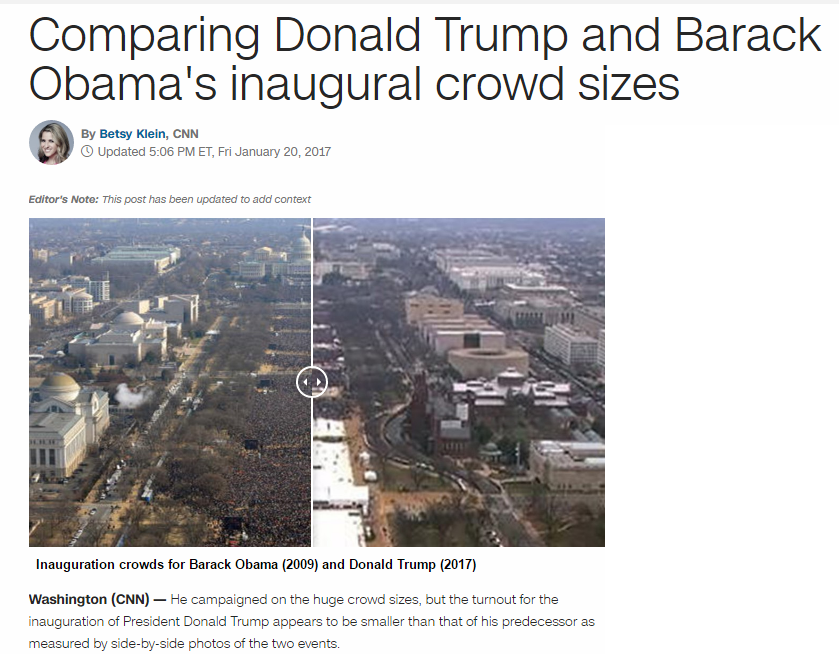 And the full frame of what CNN claims is Trump's turnout: 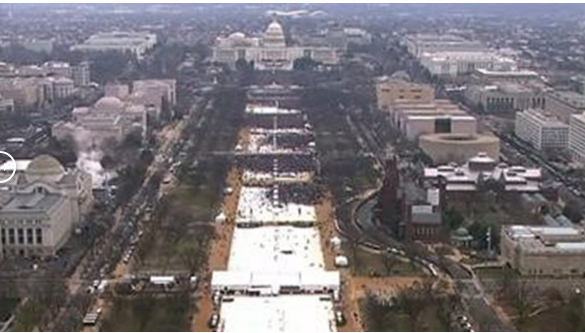 Sorry assholes, someone threw this up on Reddit about an hour ago: 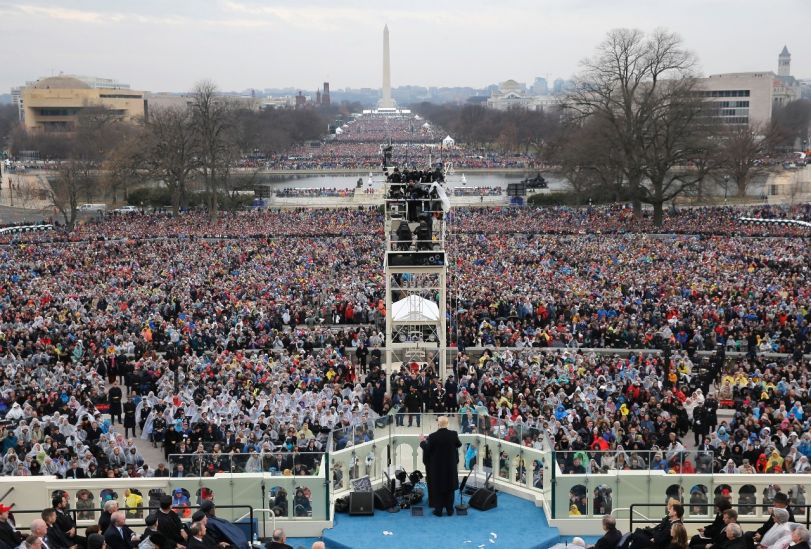 Update: Video of crowds which couldn't get in

Update: Video of crowds which couldn't get in

Hey $TWX, can you get your bitch on a leash? 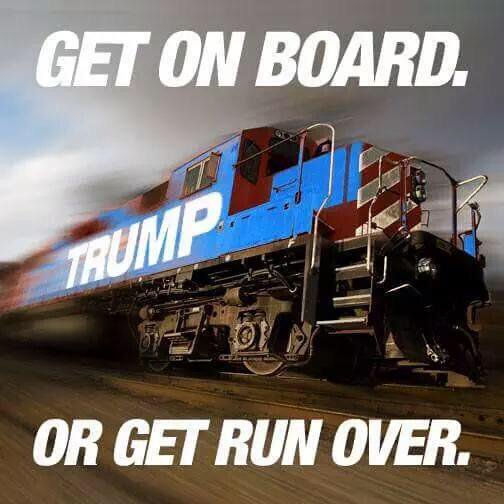