I've read a lot of drivel the past few weeks about the $NYT and how their burgeoning online digital ad business was booming -- mostly by disaffected leftards who have somehow tethered themselves to the old gray lady in an effort to defy Trump. Why? You're fucking stupid. The business has been cut in half since 2008. They've gone from raking in $300m per quarter in earnings to $40m. This isn't a god damned online journal. The core business is print and there's no way digital can make up for the lost ground in print, without having a profound effect on the way the company is staffed. Does this revenue trend look healthy to you? 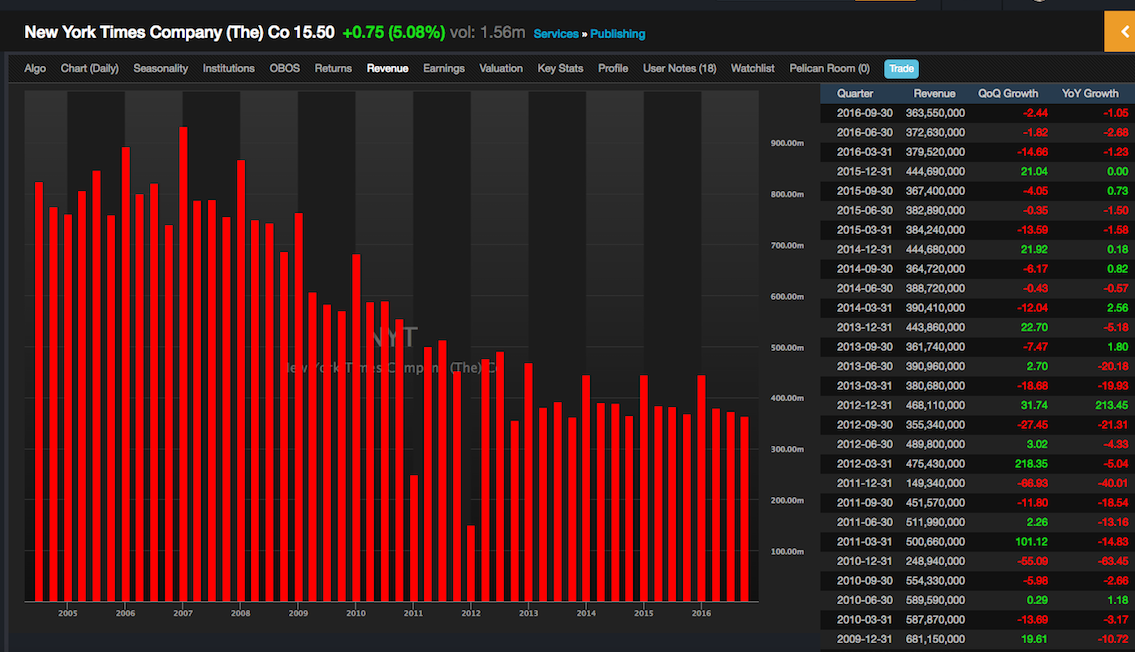 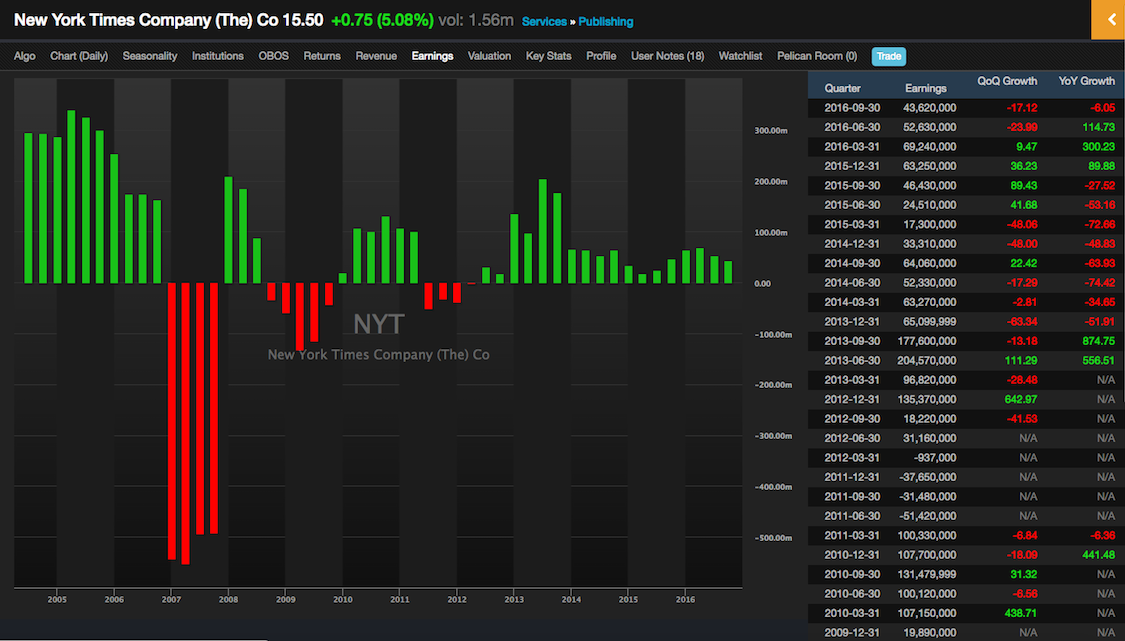 The stock has been cut in half over the past 8 years.

That's what a slow death looks like, not a revival spearheaded by amazing digital revenue growth. 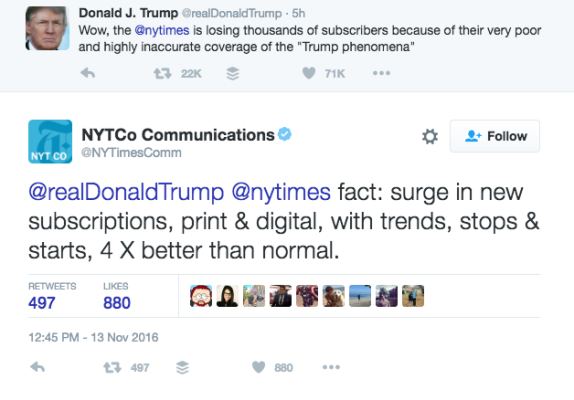 Prove to me the New York Times isn't dying. Pro tip: you can't.