This will be the biggest challenge for developed nations over the next hundred years: depopulation. Expect strange things to happen in the western world and developed nations in Asia over the next fifty years --  marked by unusual foreign policy moves --  and a craven, almost desperate clamoring for middle eastern, south american and african migrants to replace their withering and decadent societies. Why? Credit expansion, or at a minimum, stasis. Due to one of the lowest birth rates in the world (1.5p per family), thanks to the one child policy, China is now considering offering incentives to its citizens to get out there and 'screw for China', a la Denmark. Source: Reuters

The potential move was revealed by Wang Peian, vice-minister of the National Health and Family Planning Commission at a social welfare conference on Saturday, the newspaper said on Tuesday.   Birth rates rose to 17.86 million in 2016, the highest level since 2000, after the country issued new guidelines in late 2015 allowing all parents to have two children amid growing concerns over the costs of supporting an aging population.   "That fully met the expectations, but barriers still exist and must be addressed," Wang was quoted as saying.   "To have a second child is the right of each family in China but affordability has become a bottleneck that undermines the decision."   A poll conducted by the commission in 2015 found that 60 percent of families surveyed were reluctant to have a second baby largely due to financial constraints.   China's birth rate, one of the world's lowest, is fast becoming a worry for authorities, rather than the achievement it was considered at a time when the government feared over-population.   China began implementing its controversial "one-child policy" in the 1970s in order to limit population growth, but authorities are now concerned that the country's dwindling workforce will not be able to support an increasingly aging population.

Elon Musk has been an outspoken advocate about depopulation and 'population implosion'. Watch: 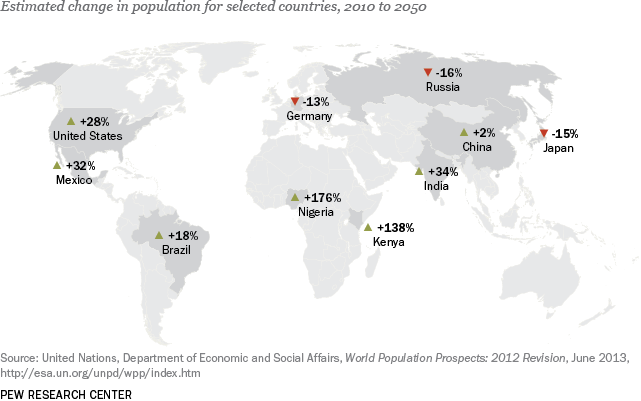 By 2050, India will surpass China in population -- essentially leveling China's population flat for the next 33 years. 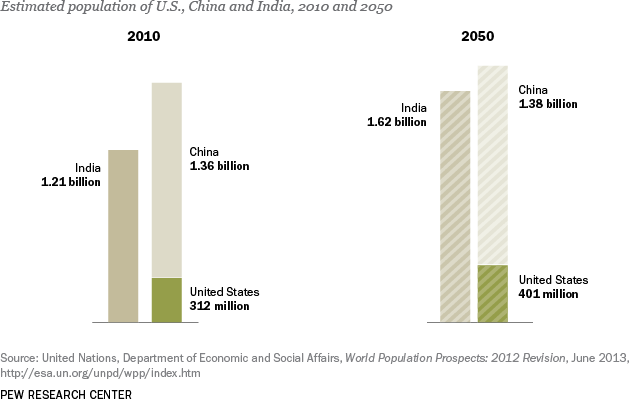 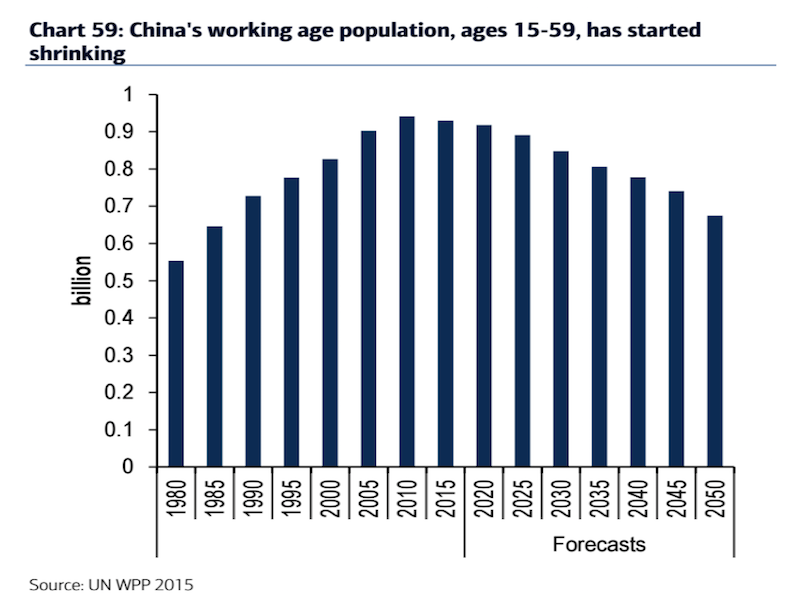 The deleterious effect upon China's demographic trends was predicted by Brookings Institute in 2010 -- saying its 'dividend growth rate' would erode to the point that by 2013 it would hamper economic growth. This is not only a Chinese problem, mind you, but a developed world problem. Both Japan and Italy is expected to lose half its population over the next 40 years -- based on current trends. If this persists, what do you think this will do to global GDP? 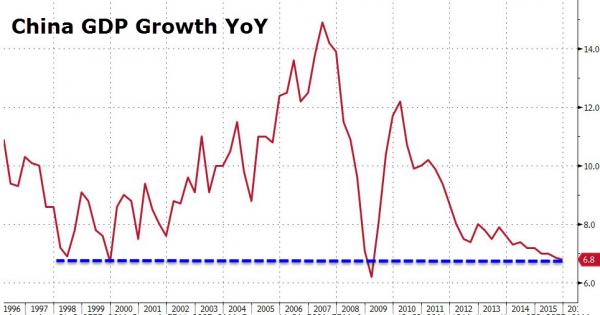 In the words of the immortal Bill the Butcher, 'this is a kill.'   Content originally generated at iBankCoin.com