Someday your grandchildren will ask you where you were when the EU was close to collapse - when the globalist experiment went full retard and Wilhelmed it's way over the cliff into Oblivion.

Consider the following an EU death rattle from a Senior Policy Fellow at the Soros Open Society sponsored European CFR: 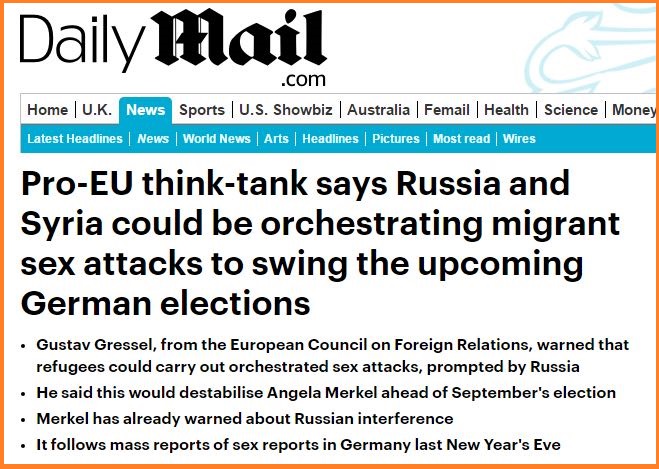 (as originally told to Germany's Bild)

Yes - that's it; Russians are hacking Muslims now, with Syria's assistance - and they'll send an army of rapey migrants into Germany to influence their election by sexually assaulting the populace into voting Merkel out. After all, she does love her some North African migrants, and Germans certainly don't like being raped. Coincidentally, a good friend of mine from Hamburg said his city has been destroyed.

Let me get this straight - Angela "Don't touch me!" Merkel wants to keep Germany's borders open, making it really easy for men of fighting age to slip into the country and drive trucks through Christmas holiday crowds, or axe a few people on a train, or engage in mass sexual assaults at public pools - or New Years Eve celebrations, or make neighborhoods so unsafe for non-Muslims they're considered "no-go" zones. Are you noticing a trend?

And the person responsible for all of the above is running for office again...  to which end the globalists are preemptively blaming sneaky Putin for her impending political doom. Pure comedy - and sure to add legitimacy to claims of Russian influence in the US election.

In addition to Germany's problems, Sweden is in caliphate hell with a cucked government happy to feed their women to predators. France is suffering from annual Muslim riots, terrorist attacks, and their own no-go zones. The President of Finland said that migrants and terrorism are the biggest threats to Europe. Meanwhile, the MSM along with much of EU leadership is largely ignoring the problem.

As a direct result of this failed experiment in forced multiculturalism, Europeans who want to preserve their values and ensure the safety of future generations are joining the wave of nationalism sweeping the continent. Le Pen is probably going to become President of France - and even if she doesn't, the whole world watched her bitch slap Merkel like a two dollar whore with the pimp hand of truth. Globalists are on defense:

Indeud, Merkel's days in office are numbered - as Germany's Social Democrat Party candidate Martin Schulz is neck and neck with her in recent polls. Oh, and they (SPD) recently announced (2/5/2017) that they favor sending migrants back to North Africa. I wonder if they've been speaking with any Russian Diplomats? 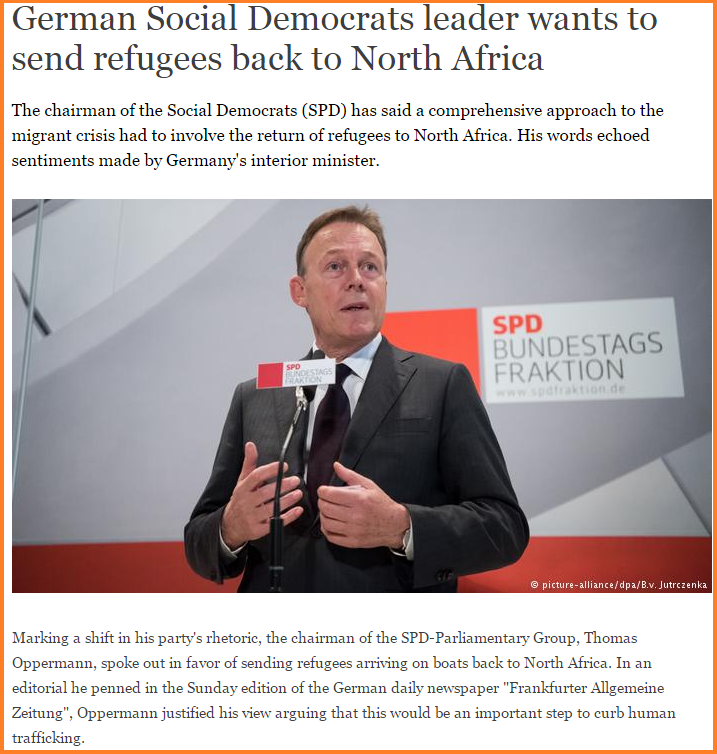