An Analysis of the Trump-Bartiromo Exchange Which Involved President XI, Chocolate Cake and Missile Strikes

When I saw the Fox Business interview with Maria Bartiromo and Donald Trump, I was perplexed by what I had just bored witness to. It's not every day that you get to sit on the precipice of world war, and rarely do you get to see an interview as bizarre as this one. First, go watch the exchange and then come back for proper analysis.

BARTIROMO: When you were with the president of China, you're launching these military strikes.   TRUMP: Yes.

So, he decided to attack Syria with Russia in it during dinner time with President Xi. Was this happenstance or by design? I'm thinking design.

BARTIROMO: Was that planned?   How did that come about that it's happening right then, because right there, you're saying a reminder, here's who the superpower in the world is, right?   TRUMP: You have no idea how many people want to hear the answer to this. I have had — I have watched speculation for three days now on what that was like (INAUDIBLE).

What the fuck is going on with Maria Bartiromo here? Is this merely the case of a woman being attracted to an alpha male, in this case bombing the shit out of evil doers? Notice how Trump didn't answer whether he planned to bomb over dinner or not? That's because he planned it.   Trump's answer was boastful -- elated to share the gossip with a fellow conservatard.   "Now for dessert, the President would like to inform you of war."

BARTIROMO: When did you tell him?   TRUMP: But I'll tell you (INAUDIBLE)...

Wow, what the fuck is going on here? Maria practically jumped out of her seat upon learning that he'd share the gosp.

BARTIROMO: Before dessert or what?   TRUMP: But I will tell you, only because you've treated me so good for so long, I have to (INAUDIBLE) right?

Trump decides to reward her for good behavior. Here it comes.

I was sitting at the table. We had finished dinner. We're now having dessert. And we had the most beautiful piece of chocolate cake that you've ever seen and President Xi was enjoying it.   And I was given the message from the generals that the ships are locked and loaded, what do you do?   And we made a determination to do it, so the missiles were on the way. And I said, Mr. President, let me explain something to you. This was during dessert.   We've just fired 59 missiles, all of which hit, by the way, unbelievable, from, you know, hundreds of miles away, all of which hit, amazing.   BARTIROMO: Unmanned?   Brilliant. 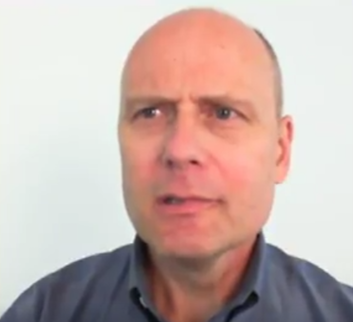 What the fuck did I just read? Is there anything more gluttonous than bombing a country over dinner whilst eating chocolate cake? The decadence of that moment must've been surreal. As you could see by the facial expressions of Bartiromo, she was definitely envisioning herself in the ornate room with President Trump and Xi -- devouring the rich, velvety, creamy, chocolate cake --  brimming with hedonism -- relishing the idea of killing people solely for the purpose of expressing power.

TRUMP: It's so incredible. It's brilliant. It's genius. Our technology, our equipment, is better than anybody by a factor of five. I mean look, we have, in terms of technology, nobody can even come close to competing.   Now we're going to start getting it, because, you know, the military has been cut back and depleted so badly by the past administration and by the war in Iraq, which was another disaster.   So what happens is I said we've just launched 59 missiles heading to Iraq and I wanted you to know this. And he was eating his cake. And he was silent.   BARTIROMO: (INAUDIBLE) to Syria?

Ooh, the intrigue. Plus one for Maria for reminding Trump on who he bombed. And a bigly shout out to President Trump for finding out the mathematical advantage that we have over our adversaries.   "We are better than thou by a factor of thrice. Good day to you Sir."

TRUMP: Yes. Heading toward Syria. In other words, we've just launched 59 missiles heading toward Syria. And I want you to know that, because I didn't want him to go home. We were almost finished. It was a full day in Palm Beach. We're almost finished and I — what does he do, finish his dessert and go home and then they say, you know, the guy you just had dinner with just attacked a country?   BARTIROMO: How did he react?

Again, giddy, the two of them were enjoying a moment as if they were sharing a secret in the privacy of their upper library --domiciled in the eastern wing of their palatial estates. Trump dropped the bomb on Xi, while eating chocolate cake, fattened up by all of the excesses the Mar a Lago staff had prepared for the men.

TRUMP: So he paused for 10 seconds and then he asked the interpreter to please say it again. I didn't think that was a good sign.

(nervous) What will he say? Will he get up, say 'fuck you' and declare war, or finish his cake and agree to wanton hostilities with other super nuclear powers?

And he said to me, anybody that uses gases — you could almost say or anything else — but anybody that was so brutal and uses gases to do that young children and babies, it's OK.   BARTIROMO: He agreed.   TRUMP:He was OK with it. He was OK.

Whew, thank God President Xi is against using 'gasses' on babies, otherwise that course might've ended a bit awkward.   In short, the President exerted his muscles, knocked out a Syrian military airbase for a few hours, risked WW3 with Russia, and got to enjoy the very best chocolate cake with the President of China. Everyone won. Congrats. Not everyone agreed that Trump's dinnertime war announcement was the best moment in American diplomacy.

Savage ponders as to why Trump launched Syrian attacks while dining with President Xi pic.twitter.com/efS47xYoQo