Social media giant Facebook - whose "Fake News" thought police include the degenerates over at Snopes, and which has banned conservative accounts such as iBankCoin from accessing the platform - is apparently really cool with child pornography and beheading videos.

Instead of removing the content, moderators said that the posts did not breach the site’s “community standards”.

Facebook’s algorithms even promoted some of the offensive material by suggesting that users join groups and profiles that had published it.

A leading QC who reviewed the content said that, in his view, much of it was illegal under British law. Facebook was at risk of committing a criminal offence because it had been made aware of the illegal images and had failed to take them down, he said.

This isn't the first time Facebook has defended pedos...

In March, the BBC - which busted a Facebook pedo ring in 2016 (resulting in a 4 year prison sentence) - reported dozens of examples of child pornography. Facebook's response? They removed around 20% of the images, then reported the BBC journalists to the police - and canceled plans for an interview!

Using Facebook’s own moderation tools, the BBC’s recent investigation attempted to report 100 images that appeared to violate Facebook’s terms of service for sexualized images of children. The BBC found that just 18 of the 100 were eventually taken down on Facebook. -Gizmodo

What in the hell is going on?

Meanwhile the New York Times and Salon have tried to 'normalize' pedophilia by running an article in defense of pedos. Salon went on to scrub the article from their website the day before a hit-piece on Milo Yiannopoulos, however the NYT continues to run it. I wonder why? 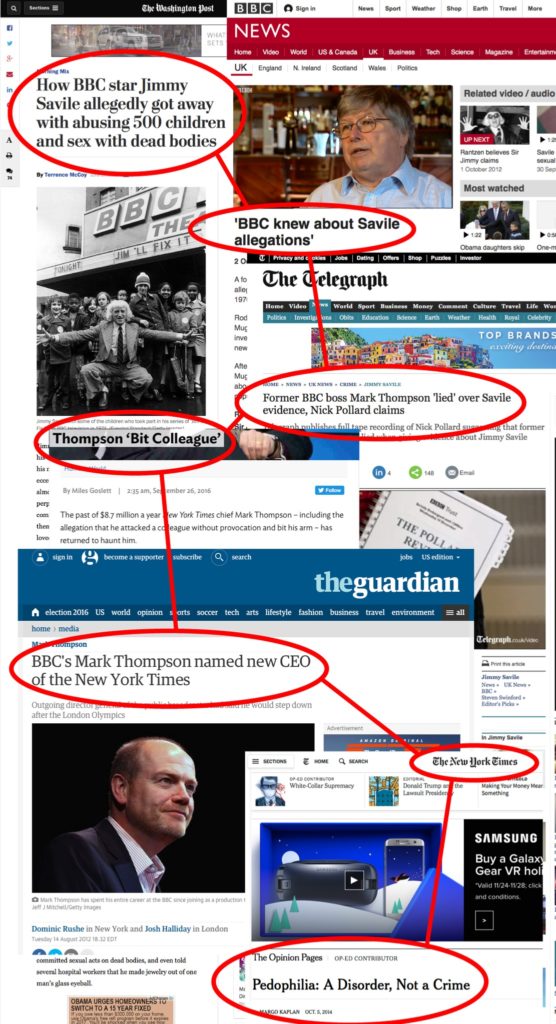 So we have social media giants Twitter and Facebook allowing pedophilic and pro-terrorism content on their platforms, while MSM outlets such as the New York Times and Salon defend it. And it's not just those outlets... Think about it - how much attention has the record number of human trafficking busts since the inauguration received from the MSM? Meanwhile, conservative voices with divergent opinions are being throttled, banned, 'un-followed,' or otherwise limited from reaching audiences.

Something is very wrong with this picture...