HP Laptops Discovered To Be Spying On Users With Keylogger 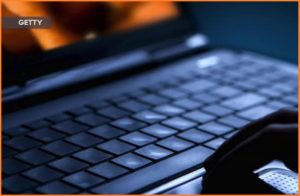 Swiss cybersecurity firm Modzero has discovered that 28 models of HP laptops running the "MicTray64.exe" audio driver on Windows 7 and 10 systems - a little over 20% of all laptops - have been spying on users via a 'keylogger,' a program which records every keystroke made on the device. This means that passwords for banking, email accounts, and private communications on affected laptops are being stored locally - which "leads to a high risk of leaking sensitive user input."

When Modzero contacted HP about the issue the company went radio silent, so the Swiss firm went public with it's findings. When UK based Sky News picked up the story and reached out to HP, the company said they were "aware of the keylogger issue on select HP PCs."

HP told Sky News: "Our supplier partner developed software to test audio functionality prior to product launch and it should not have been included in the final shipped version. Fixes will be available shortly via HP.com." -Sky News

A full list of affected laptops can be found here.

Here is Modzero's writeup on how the keylogger works:

Conexant's MicTray64.exe is installed  with the Conexant audio driver
package and registered as a Microsoft Scheduled Task to run after each
user login. The  program monitors all  keystrokes made by  the user to
capture  and  react  to  functions  such  as  microphone   mute/unmute
keys/hotkeys. Monitoring of keystrokes is added by implementing a low-
level keyboard input  hook [1] function...

In addition to the handling  of hotkey/function key strokes, all  key-
scancode information [2] is written into a logfile in a world-readable
path (C:\Users\Public\MicTray.log).