Report: McMaster Leaked to Washpo Details of the Trump-Russian Meeting to Save His Job

Being an agent of chaos, I love this timeline. The Trump administration is quickening the path towards civil unrest. In turn, the day of the rope for leftards hastens. The left's favorite e-celebrity, Alex Jones, is out with a report tonight, citing his sources deep within the White House saying that McMaster himself leaked the details of the Trump-Russian meeting last week, in order to make himself indispensable. Jones claims this machiavellian move by Mcmaster was designed to make it impossible for Trump to fire him -- since it would expose Trump to salacious rumors and only serve to derail his agenda. Here is Jones doing a Periscope with Roger Stone, gabbing about the latest drama. One thing is abundantly clear: "they" aren't going to let him do anything. As investors, I think it'd be wise to start discounting in the fact that none of Trump's economic plans are going to get passed. They will not rest until this President... 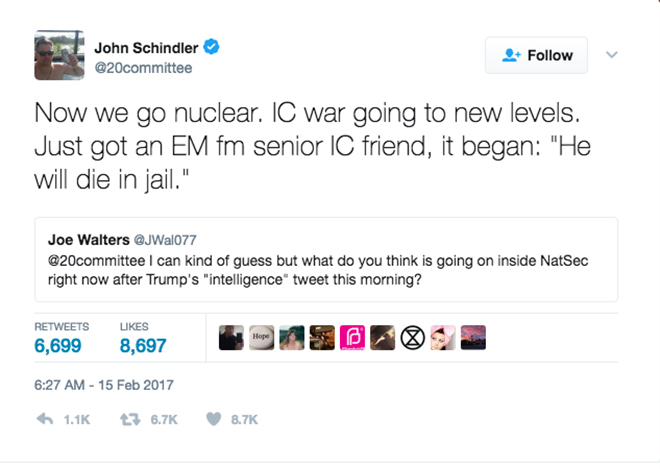 The only form of western democracy that is acceptable to the marxist media and deep state shills is the overt liberal varietal, which is synonymous with societal and cultural suicide. Alas, the Luciferians need their sacrificial blood. Content originally published at iBankCoin.com