During Donald Trump's whirlwind 27 hour stop in Israel this week, he visited a young cancer patient whose dream it was to meet the U.S. President. 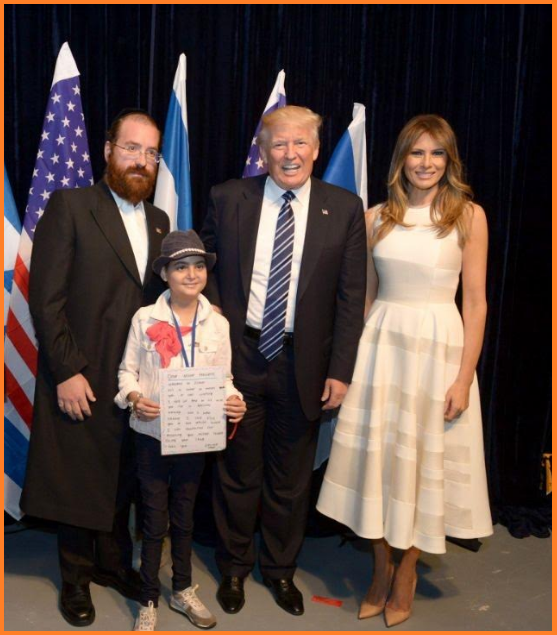 14 year old Trump fan Emilee Imbar has been battling cancer for the past seven years at the Rachashei Lev center for pediatric cancer. Director Shimi Geshayed reached out through long time supporter Benjamin Netanyahu in order to arrange the visit - a dream of Emilee's, who said she would be "glad to sit with you for a business metting [sic]." 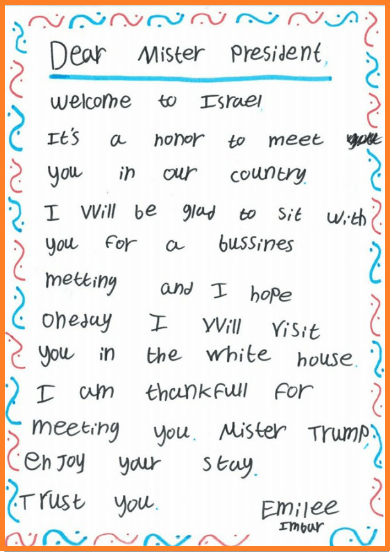 Was it just a gratuitous photo op?

Maybe, but this wouldn't be the first time Trump has been there for an ill child. Nearly thirty years ago he came to the rescue of a desperate family in need.

Back in 1988, Rabbi Harold “Hershy” Ten and his wife Judy were at their wits end. They needed to get their then three-year-old son Andrew to New York City from Los Angeles for medical treatment. The toddler suffered from a rare and undiagnosed breathing illness.

But commercial airlines declined to fly Andrew, who couldn’t leave home without several pieces of medical equipment including a portable oxygen tank and suction machine, according to an archived Jewish Telegraphic Agency story.

Desperate for help, the family called on Trump, who agreed to provide his private Boeing 727. Once the plane landed in LaGuardia, Andrew was whisked to the Schneider Children’s Hospital of Long Island Jewish Medical Center. -TimesOfIsrael

Even the degenerate shills at Snopes say it's true. 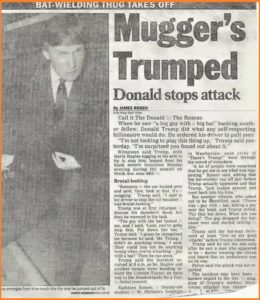 Trump wasn't pandering for votes, mind you - and though the MSM would never tell you, he's known for random acts of kindness - from paying off a good Samaritan's mortgage, to sending $10k to a bus driver who talked a woman out of suicide, to taking care of Jennifer Hudson right after her family was murdered, to saving a Georgia farm from foreclosure in 1986, to stopping a mugger actively beating a guy with a bat. He also helped a lost child find the lobby of the Plaza hotel.

Over the years, the President has also given nearly a half million dollars through his foundation to the Dana-Farber Cancer Institute and Operation Smile - which offers free surgeries to children in developing countries born with cleft palates. -Forbes

It seems as though the MSM's disdain for all things Trump has resulted in a media blackout. Perhaps the optics of an act of kindness by the President would have forced liberals to confront two narrative-destroying facts: Donald Trump is a friend of Israel, and he isn't a monster. 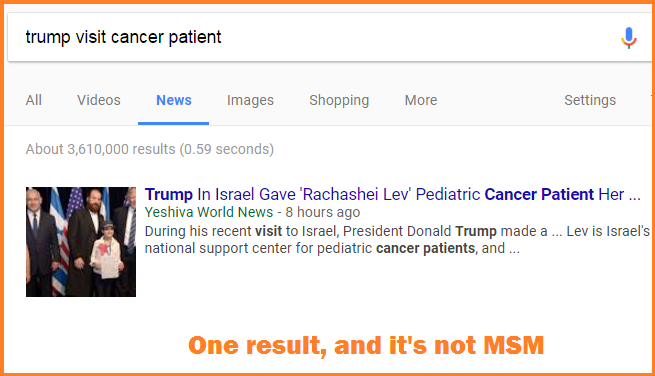 Considering the MSM's deep ties to Judaism, the media must hate Trump more than they care about reporting a feel-good story they would have fallen all over had it been any other President. Sad!