Senior Newsweek writer and MSNBC contributor Kurt Eichenwald was caught red handed Wednesday night after posting a screenshot to Twitter which happened to include several open tabs in his browser... 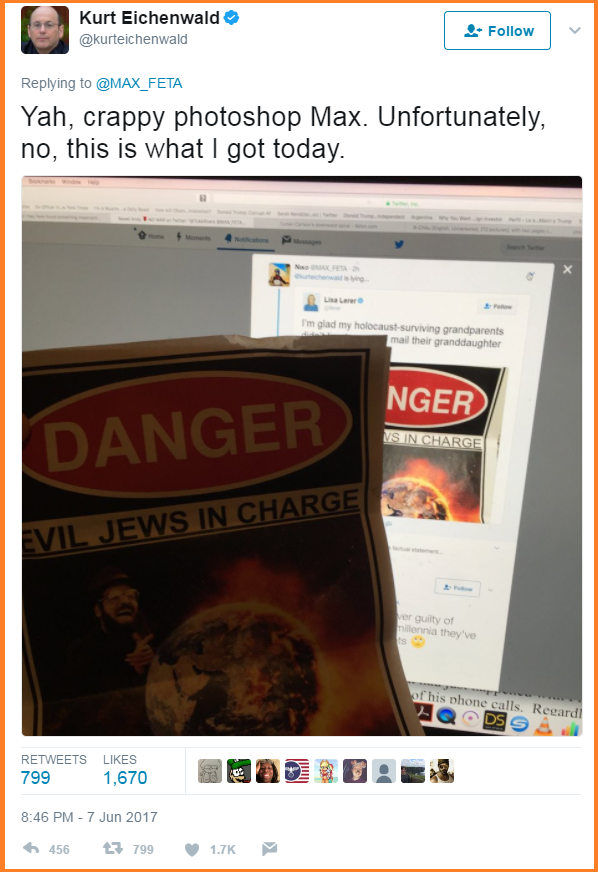 Users on 4chan noticed the tabs immediately and ENHANCED 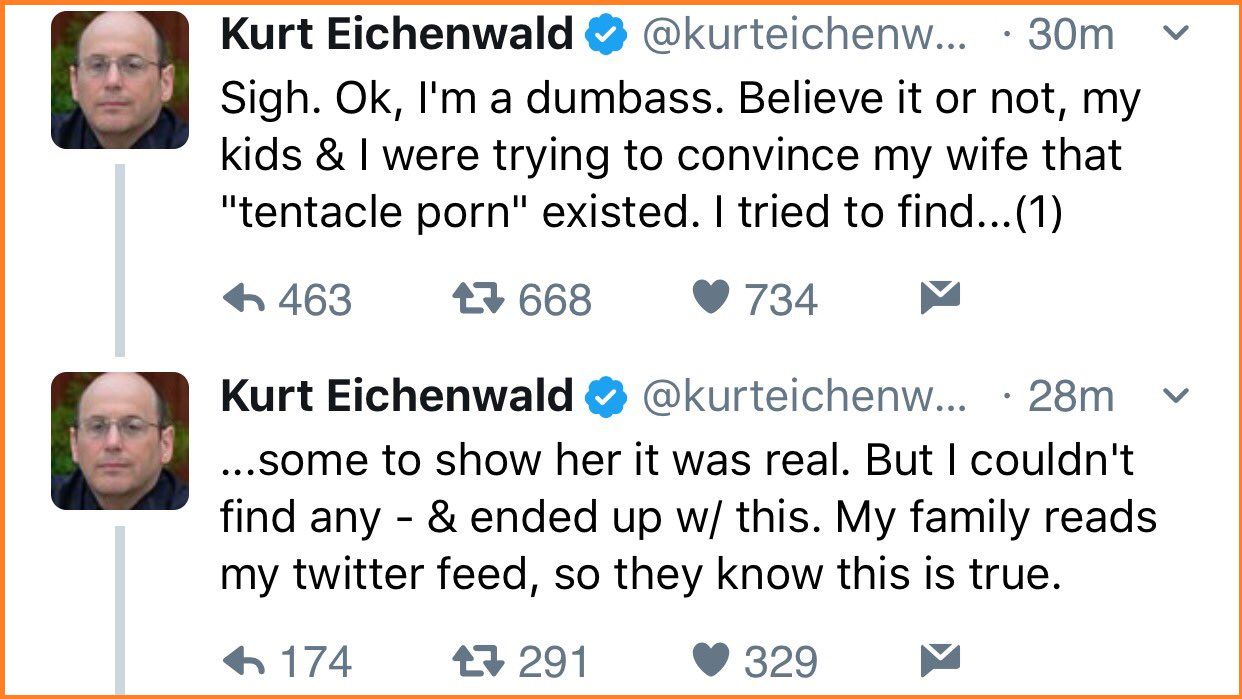 Tucker Carlson, who presided over Eichenwald's "self immolation" last december as a guest of Tucker Carlson Tonight, couldn't resist covering the latest in the saga of Kurt Eichenwald.

Reactions have been hilarious

You have good taste, Kurt pic.twitter.com/VkoorNmRAO