Last Thursday, Congressman Dana Rohrabacher praised ISIS for coordinated terrorist attacks in Tehran which left 17 civilians dead - then suggested that the United States should support the terrorist organization in their endeavors to bring regime change to Iran, comparing the situation to working with Stalin's Russia to get Hitler.

Rohrabacher: Isn't it a good thing for us to have Untied States finally backing up Sunnis who will attack Hezbollah and the Shiite threat to us? Isn't that a good thing? And if so, maybe this is a Trump strategy of actually supporting one group against another considering that you have terrorist organizations.

Maybe it's a good idea to have radical Muslim terrorists fighting each other? 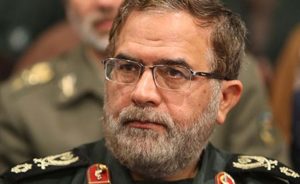 Iran's Fars news agency reports that Iran possess documents claiming to prove that the United States provides "Direct" support to ISIS. According to deputy Chief of Staff of the Iranian Armed Forces - Major General Mostafa Izadi, Iran is "facing a proxy warfare in the region as a new trick by the arrogant powers against the Islamic Republic."

As the Supreme Leader of the Islamic Revolution (Ayatollah Seyed Ali Khamenei) said, we possess documents and information showing the direct supports by the US imperialism for this highly disgusting stream (the ISIL) in the region which has destroyed the Islamic countries and created a wave of massacres and clashes -Fars

As ZeroHedge notes, Izadi's statement echoed remarks made by Iranian politician Ali Larijani last Friday - who pointed a finger directly at the United States for last week's terrorist attacks in Tehran. At a funeral ceremony for the victims, Larijani said "The United States has aligned itself with the ISIL in the region,"

Turkey's Erdogan claimed that the US supports ISIS

In December 2016, Turkish President Erdogan said "he has evidence that the US supported terrorists in Syria, including ISIS."

They were accusing us of supporting Daesh [Islamic State],” he told a press conference, according to Reuters.

“Now they give support to terrorist groups including Daesh, YPG, PYD. It's very clear. We have confirmed evidence, with pictures, photos and videos. -Erdogan

For years, anyone saying US UK had backed IS terror was branded a 'conspiracy theorist'. Now, Erdogan says it's truehttps://t.co/qE9SFBkPoQ

And in July of 2016, Julian Assange made a similar claim. Additionally - according to Wikileaks and the Podesta emails, Saudi Arabia and Qatar have been supporting ISIS as well.

Iran hasn't said if or when they will release proof of US support for ISIS/ISIL. Better not be trolling...

In the meantime, perhaps US politicians would be wise not to cheerlead for support of one of the most brutal organizations on the planet. If the USA is in fact funding ISIS - that entire operation needs to be shut down and those responsible held to account.