By ZeroPointNow, originally published at iBankCoin

Two days after a confused US State Department formally inquired about what is going on between Arab States and Qatar, the countries of Egypt, Saudi Arabia, Baahrain, and the UAE sent a list of 13 demands to the tiny Gulf nation to be met within 10 days in order to lift their total blockade of the country.

Among them - reducing diplomatic relations with Iran, shutting down broadcaster Al Jazeera (and affiliates), and immediately cease working to open a Turkish military base announced in May of 2016 and halt military co-operation with Ankara. Also interesting is the demand that Qatar give up their intel on terrorist groups they have supported and "provide all databases related to oppositionists..." (Scroll down for full list of demands) 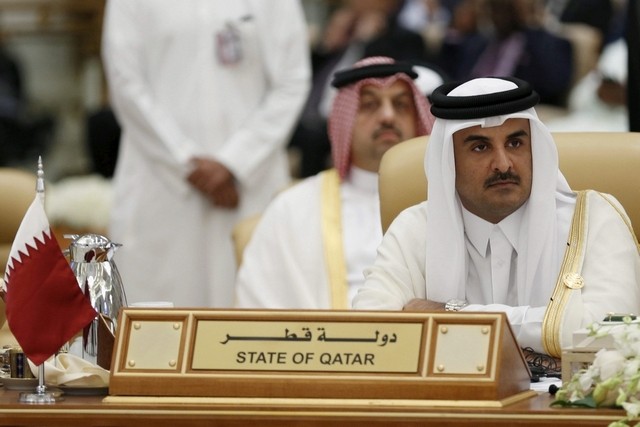 This formal list comes on the heels of a June 6th rumor that Arab States issued a list of 10 demands to be fulfilled within 24 hours, however Qatar said they never received them according to Al Jazeera journalists who are now dusting off their resumes.

The list of demands encompasses other accusations that have already been denied by Qatari officials, raising the prospect of deadlock in the worst crisis to hit the Gulf in decades. Qatar’s foreign minister previously said any demand to close Al Jazeera would be rejected, describing the channel as an “internal affair” linked to Qatar’s sovereignty that should not be the subject of external interference. Arab states have long complained that Al Jazeera’s Arabic language channel is a propaganda tool that stokes tensions in the region. Al Jazeera insists it has editorial independence

The list specifies that Doha sever ties to radical jihadist groups such as Isis, al-Qaeda and its branch in Syria, as well as Lebanon’s Shia group Hizbollah. Qatar, the world’s top exporter of liquefied natural gas, admits that it supports Islamist groups, but denies backing or financing terrorism.

“These requirements must be met within 10 days from the date of delivery or they will be considered void,” the Arab states said in their list of demands. Their document added that compliance would be heavily monitored — once a month for the first year, every three months the second year and once a year for 10 years after that.

On June 5th, news broke that Bahrain, the UAE, Saudi Arabia, and Egypt had cut off diplomatic ties with Qatar over accusations of 'spreading chaos' by 'funding terrorism and supporting Iran' - shutting down all land, sea, and air crossings with the tiny energy-rich nation that has the highest per capita income in the world. Qatari visitors and residents were given two weeks to leave - while diplomats had just 48 hours.

While Qatar has been friendly with Iran for years, the prelude to the embargo began after a broadcast which showed Qatari Emir Tamim bin Hamad Al Thani speaking with no audio - and scrolling text at the bottom of the screen which stated his support for Iran and terrorist groups. Qatar claims the broadcast was 'hacked.'

After the broadcast, Saudi Arabia and the UAE blocked Qatari news organization Al-Jazeera.

Amid Qatar’s denials, Saudi-owned satellite television networks immediately began airing repeated stories about the disputed comments. By early Wednesday morning, those living in the UAE and subscribers to local cable providers couldn’t access the channels of Al-Jazeera, the pan-Arab satellite broadcaster based in the Qatari capital, Doha.

Attempts to reach its websites brought up a warning from the UAE’s Telecommunications Regulatory Authority saying the site “contains content that is prohibited.”

In Saudi Arabia, internet users also found Al-Jazeera websites blocked with a warning from the kingdom’s Culture and Information Ministry.

If these demands are not met, and they likely won't be - it may only be a matter of time before Qatar catches a case of regime change now that the Saudi alliance will have a "pretext" demonstrating Qatari non-compliance with a "goodwill" offer.