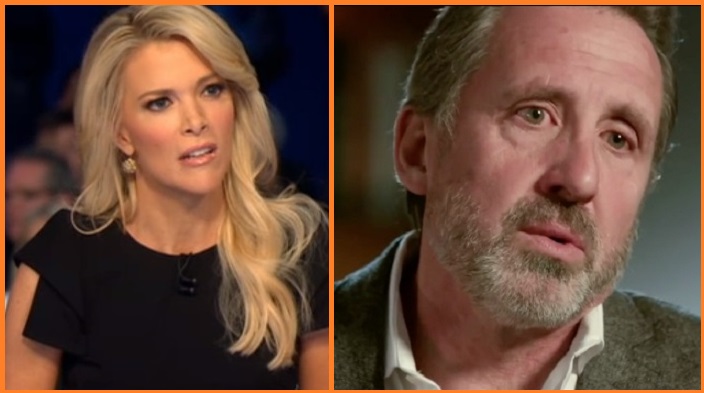 Last Sunday's exposé of Alex Jones on NBC's Sunday Night With Megyn Kelly was considered by many to be a tasteless and heavily edited attempt to smear the Infowars host and vocal supporter of Donald Trump. Despite a week of heavy promotion, the segment backfired - sending Kelly's ratings further into the toilet a week after her embarrassing interview with Russian President Vladimir Putin - an encounter which director Oliver Stone said she was 'not prepared for.'

This lack of preparation was obvious in the Jones interview - as Kelly and NBC aired footage of the grieving father of a Sandy Hook massacre victim which contains a major contradiction to the official story.

Prominently featured in the exposé is Neil Heslin - a father of one of the victims. During his interview with Megyn Kelly, Heslin described what happened the day of the shooting when 20 year old Adam Lanza murdered 20 children and six adults at Sandy Hook Elementary school before committing suicide.

I lost my son. I buried my son. I held my son with a bullet hole through his head.

Except this does not comport with the official story

Jim Fetzer, Professor Emeritus at the University of Minnesota who wrote a book claiming Sandy Hook was staged, notes that based on the facts of the case, Heslin's statement that he 'held his son with a bullet hole through his head' could not have happened. According to Coroner Wayne Carver, M.D., the parents of the victims weren't allowed to see their children's bodies - and were instead shown pictures to identify the deceased. Anderson Cooper even interviewed the parents of one of the victims about not being able to see their child.

While it's entirely possible that Mr. Heslin had access to his son after the shooting, given the highly contentious nature of the Sandy Hook massacre in which every aspect of the case has been pored over and dissected - it was incumbent upon Megyn Kelly and NBC to familiarize themselves with all sides of the argument so they could have identified and explained Heslin's statement.

By airing such an obvious contradiction to the official narrative, Megyn Kelly and NBC have lent credibility to Fetzer and other conspiracy researchers who often point to inconsistent reports from the MSM to support their theories.

While Megyn Kelly can be heard weeks before the interview on a leaked recording promising Jones that the segment wouldn't be a 'hit job,' a promo released by NBC revealed she lied - as it was obvious Kelly was going to focus on statements made on Infowars about the 2012 massacre at Sandy Hook Elementary School in Newtown, MA committed by Adam Lanza.

She's a lawyer. It was a total cross-examination... And when I said that I believe children died at Sandy Hook, as I've said for years, she kept coming back with answers saying "you believe nobody died! You believe Anderson Cooper was involved!" and I said "NO! My listeners questioned it, I had debates with both sides, and I played devil's advocate." -Alex Jones

As a result of NBC's decision to air the piece, several corporate sponsors pulled advertisements, Megyn Kelly was disinvited to an anti 2nd Amendment event, and Jones implored NBC not to air the segment on Father's Day - citing the inappropriate timing.

The final report on the Sandy Hook shooting concludes that Adam Lanza, 20, was a socially awkward lone gunman with unmedicated Obsessive Compulsive Disorder whose mother gave him negligent access to firearms - however several inconsistencies in the official report have led many to speculate that the incident was a hoax or a 'false flag' staged to justify gun control measures.

Among the questions people have:

While several Sandy Hook questions have been debunked - such as the missing internet archive, the massacre remains a hotly contested topic across the internet.

Alex Jones' official position is that he believes children died in the shooting - in fact, during a 2014 account of a hearing before the Newtown Board of Education, an Infowars journalist "did not dispute that Adam Lanza had perpetrated the shooting."

Yet despite Jones' official position, he and Infowars have played devil's advocate along the way - presenting facts and narratives which disagree with the official story.

And while Jones has presented a number of angles to the Sandy Hook massacre, Megyn Kelly and NBC chose to distort the facts through their lens of propaganda to fit their case against the Infowars host, while airing a gaping hole in the official story in their quest to destroy Alex Jones.

This needs to be addressed

By failing to identify the obvious contradiction between Neil Heslin's account and the official story, Kelly and her network have fanned the very flames of doubt and conspiracy they sought to silence, creating more questions than answers.

For the sake of all the Sandy Hook parents who weren't allowed to see their deceased children, and to settle this new piece of fodder for conspiracy theorists which they aired, Megyn Kelly and NBC have a responsibility to address this giant contradiction to the official story.