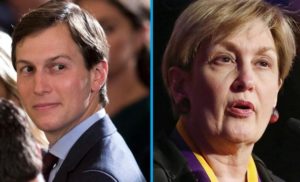 Jared Kushner attorney Jamie Gorelick announced late last week that she will be disengaging from all things Russia when it comes to the President's son-in-law and advisor, and will instead focus on 'wrapping up' she said she was originally hired to do - a move which makes sense in light of Kushner's announcement today that he will testify in front of congress next Monday. In Gorelick's place, veteran criminal defense attorney Abbe Lowell will be handling responsibilities related to the Russia investigation.

The legal shakeup follows revelations that Kushner attended a now infamous meeting between an anti-Trump Russian lawyer, Donald Trump Jr., and at least five other people - including an associate of Fusion GPS, the opposition research firm responsible for the salacious and largely debunked 35 page Trump-Russia dossier used as the basis of a FISA surveillance warrant on a Trump associate.

As details of the June 2016 sit-down have emerged, the meeting is looking more and more like a setup arranged by Rob Goldstone - another Fusion GPS associate according to White House outside council Mark Corallo.

“Specifically, we have learned that the person who sought the meeting is associated with Fusion GPS, a firm which according to public reports, was retained by Democratic operatives to develop opposition research on the President and which commissioned the phony Steele dossier.” -Mark Corallo

According to Axios, the President's legal team led by Marc Kasowitz wants to 'wall off" Kushner from discussing the Russia investigation his father-in-law.

Kushner has also come under recent fire for failing to include over 100 foreign contacts on a required federal disclosure form, after a member of his staff reportedly hit 'send' too early.

Kushner’s lawyers have claimed that Kushner’s initial filing of his SF-86 form did not mention any meetings with foreign officials whatsoever because an unnamed “member of his staff had prematurely hit the ‘send’ button for the [form] before it was completed.” -Breitbart 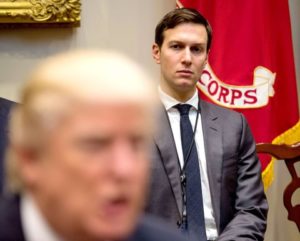 Considering the timing of Gorelick's decision to pull back from Kushner's Russia defense, perhaps the former Clinton Deputy AG smells smoke and doesn't want to wait around for the fire.

On Wednesday, ABC reported that Kushner has agreed to appear before the Senate Intelligence Committee for testimony on Russian election meddling. Kushner's new Russia attorney, Abbe Lowell, confirmed the meeting with ABC.

As Mr. Kushner has been saying since March, he has been and is prepared to voluntarily cooperate and provide whatever information he has on the investigations to Congress," Lowell said. "Working with and being responsive to the schedules of the committees, we have arranged Mr. Kushner's interview with the senate for July 24. He will continue to cooperate and appreciates the opportunity to assist in putting this matter to rest.” -ABC

Jamie Gorelick has been a high level Democrat operative for decades. After serving as deputy Attorney General under Bill Clinton, Gorelick - with no experience in finance - was appointed Vice Chairman at Fannie Mae from 1997 - 2003, where after just four years she received $26.5 million in compensation during a period in which the lender came under fire for a $10 billion accounting scandal and an executive bonus scandal which netted Gorelick $779,625.

The D.C. insider has also made millions sitting on the boards of  United Technologies and Amazon.com - which President Trump criticized in June for "not paying internet taxes."

The #AmazonWashingtonPost, sometimes referred to as the guardian of Amazon not paying internet taxes (which they should) is FAKE NEWS!

It should be noted that Amazon founder and co-board member Jeff Bezos also owns the deep-state leak factory known as the Washington Post - which Gorelick has contributed to for over a decade... 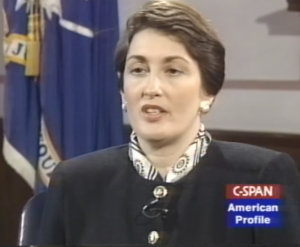 Gorelick raised eyebrows when she was appointed to the 9/11 commission, despite writing a 1995 DOJ memo which crippled national counterterrorism efforts - such as complaints the FBI received of Arab nationals taking flying lessons.

The memo became a surprise piece of evidence in the 9/11 commission when Former Attorney General John Ashcroft declassified it defend the FBI's actions leading up to the attack - calling it "the single greatest structural cause for the September 11th problem" (which Gorelick refuted in a 2004 Washington Post op-ed).

...the FBI was operating under the constraints of the 1995 policy cited by Freeh.

Ashcroft said he had declassified the memo that laid out the policy so the commission could review it, noting that its author was a member of the panel, a reference to Jamie Gorelick, who was deputy attorney general in the Clinton administration. -NBC News

According to a 2004 Washington Times report, Gorelick rejected advice from a U.S. attorney not to limit investigative powers between agencies fighting terrorism:

As the No. 2 person in the Clinton Justice Department, Ms. Gorelick rejected advice from the U.S. attorney for the Southern District of New York, who warned against placing more limits on communications between law-enforcement officials and prosecutors pursuing counterterrorism cases, according to several internal documents written in summer 1995.

Defense of Hillary Clinton during 2016 election

When James Comey reopened his investigation into Hillary Clinton during the 2016 election, the Jeff Bezos-connected Amazon board member co-wrote an op-ed in the Washington Post entitled "James Comey is damaging our democracy, in which Gorelick argued the FBI investigation was "antithetical to the interests of justice," and was "putting a thumb on the scale of this election and damaging our democracy."

Gorelick was reportedly considered for Attorney General under a Hillary Clinton Presidency, and was also mentioned for the job during John Kerry's 2004 run at the White House.

Out of the spotlight, still on stage

While Democrat operative Jamie Gorelick won't be representing Jared Kushner in the Russia investigation any longer, the former deputy Attorney General, Fannie Mae executive, Amazon board member, and self-described Hillary Clinton supporter who visited the Obama White House at least 26 times since 2009* will remain the legal council to one of Donald Trump's closest advisors.

One wonders why, given her history as a Democrat operative, Gorelick is allowed within 100 feet of the Trump administration - and whether she's perhaps pulling out of the Russia investigation due to long-standing relationships with high level government officials involved in the ongoing Trump-Russia conspiracy.