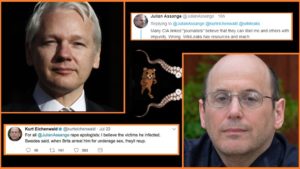 A Twitter fight is raging between (possibly former) Newsweek senior writer Kurt Eichenwald and Wikileaks founder Julian Assange, and it's been awesome.

To bring you up to speed - The Gateway Pundit reported Sunday that a lawsuit against Eichenwald and Newsweek was settled out of court last week for an undisclosed sum over Eichenwald accusing Sputnik News editor Bill Moran of colluding with Russia.

After the case was settled, Wikileaks founder Julian Assange tweeted a curious change to Eichenwald's Twitter profile; the absence of his affiliation with Newsweek... 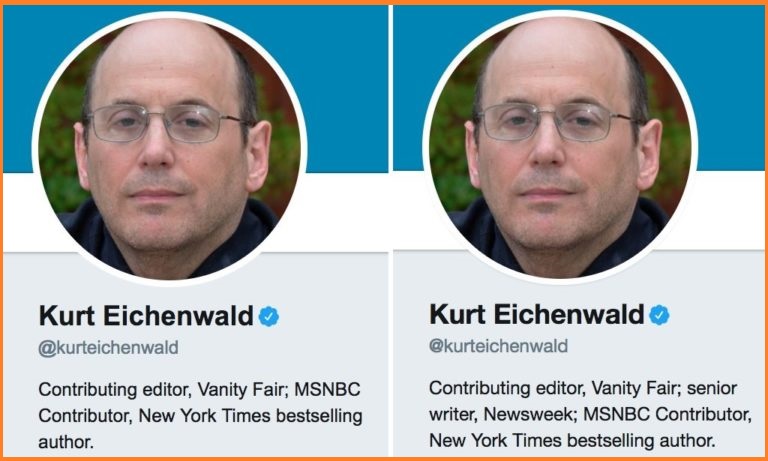 "He broke me" moment

Eichenwald was also a huge dick - tweeting pictures of nature to assange and taunting him for not being able to leave the Ecuadorian embassy in London for almost five years or face arrest on bogus charges. 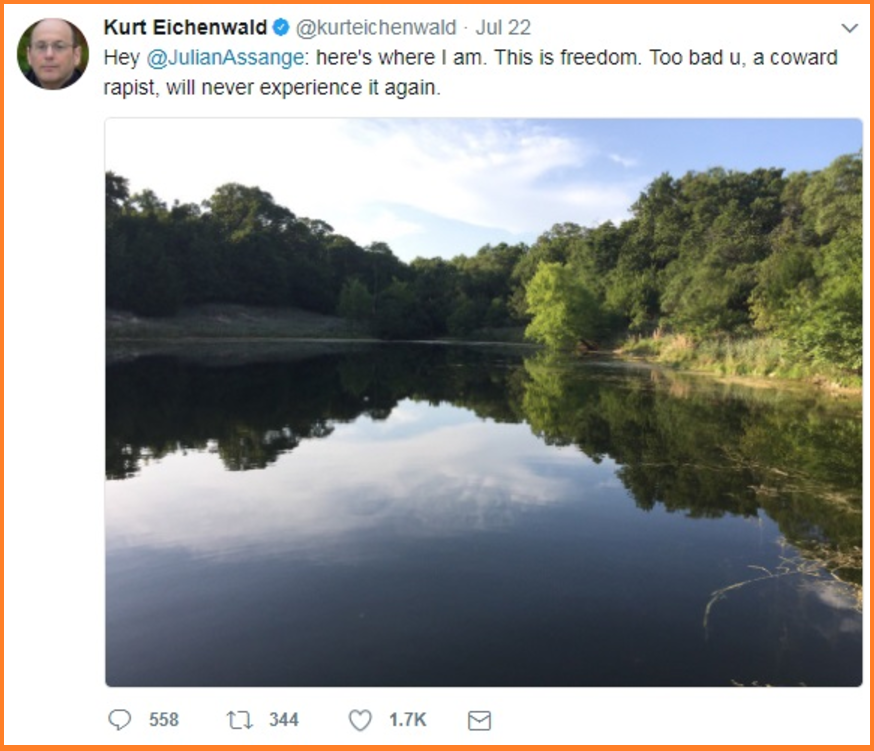 Julian then said that Eichenwald is a 'CIA-linked' 'serial fabricator' before going on to expose Eichenwald's pen name - Andrew McDonald - which Kurt used to give 5-star reviews to his own books on Amazon.com!

Many CIA linked "journalists" believe that they can libel me and others with impunity. Wrong. WikiLeaks has resources and reach.

He's a serial fabricator and there is other evidence that points towards a a fabricated fit. A young man faces 5+ years. A serious business

"I emailed Eichenwald with some praise, have swapped messages with him over the years and actually like him."

"..best thing is the way Eichenwald melds the true lies of the main character with the true truth of reality."

Another one of Kurt's self-reviews:

Kurt Eichenwald is truly the gift that keeps on giving.