Since election night, the stock price of the 'failing Ny Times' is up a little more than 75%. Their online subscriptions have been soaring and business is booming -- all thanks to President Trump.

Palace intrigue is the culprit. For those of you that still believe the MSM is dying, I am here to tell you otherwise. The final redpill is knowing that Trump was elected to bailout the main stream media and convert democrats into deep state loving war mongers. The NYT reported earning this morning, beating estimates -- helped by a 63% jump in online subscriptions. 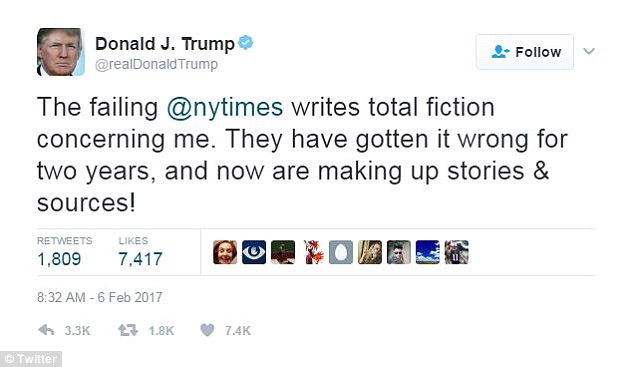 This tweet likely added 10,000 subscriptions   By what I can see, the company is doing quite well and not 'failing' at all. As a matter of fact, their online business is thriving and quickly displacing traditional print. It's also worth noting, the stock price hasn't been this high since 2007.

You cannot buy advertising like this   According to the Trump Twitter archive, Trump has tweeted about the NY Times at least 121 times.