Far Left Watch is out with a fascinating read on left-wing militant groups training for violent civil war with conservatives. Reprinted with permission. 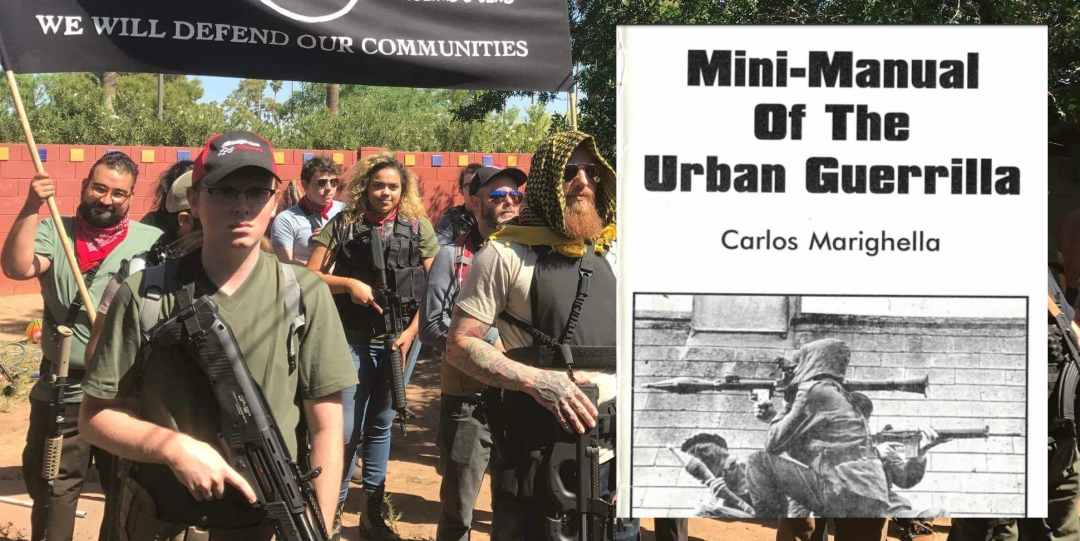 Right wing radio personality, Dana Loesch and The National Rifle Association recently came under fire for launching a “controversial” ad. There was an immediate backlash from numerous left leaning publications claiming that the video was a call to violence. Interestingly enough, the recent spike in political violence has come overwhelmingly from the left. Even more concerning is the the growth of far left organizations openly advocating for “armed struggle”, especially considering the recent targeted shooting of Republican House Majority Whip Steve Scalise and three others by a deranged left wing activist.

One of the largest and fasted growing organizations that fits this description is Redneck Revolt, a self described “above ground militant formation” founded in June of 2016 that claims to have 30+ vetted branches nationwide.

Redneck Revolt’s organizing principles mirror much of what you would see on any other far left organizing platform. They begin with their very reasonable, very east to support, opposition to “white supremacy”. They then dive into class theory, anti-capitalist, and anti-wealth rhetoric that could have been copied directly from The Communist Manifesto. And finally, they wrap up with open calls for “militant resistance” and “revolution”.

Since their inception, Redneck Revolt has been very busy recruiting at gun shows and community events, advocating for class war, contributing to the far left anarchist website It’s Going Down, and conducting armed anti-Trump demonstrations. 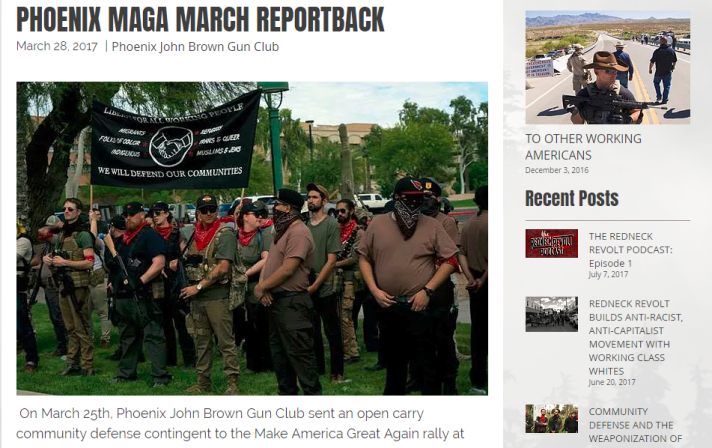 But what’s most alarming are the resources they provide on their website. They promote several PDFs that endorse “armed struggle” and even offer a 36 page “Mini-Manual Of The Urban Guerrilla” (bottom right of resource page) which pictures left-wing militants using RPGs and outlines tactics for guerrilla warfare including sections on “sabotage”, “kidnapping”, “executions”, “armed propaganda”, and “terrorism”.

That’s right. A far left militia claiming to have 30+ vetted branches is providing training materials for violent guerrilla warfare and all of this information is publicly available on their own website. Not surprisingly, the same left-leaning publications that were outraged by the NRA ad I mentioned earlier have not reported on this publicly available information. In fact, some of these publications have even championed the growth of the far left militia movement. In June, Mother Jones published an article praising Redneck Revolt and other left-wing militants. In July, The Guardian published an article with similar sentiments.

If you have any tips on far left activities please submit them here.