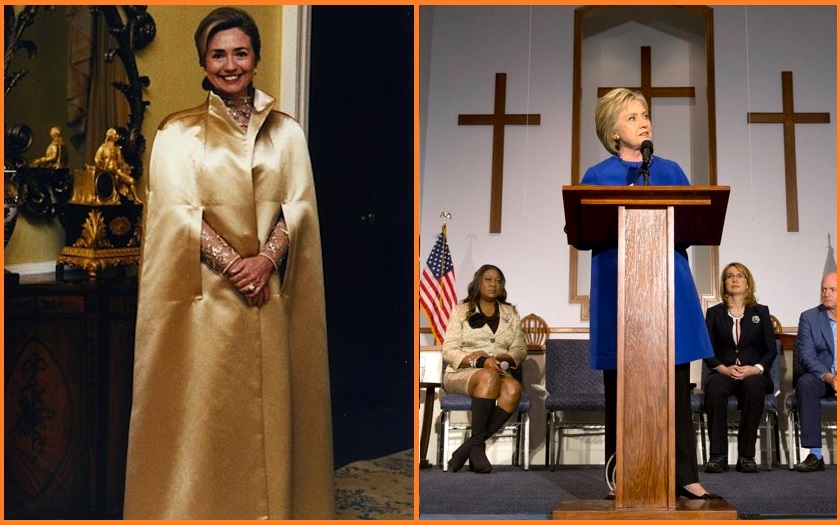 According to deep state’s department of brand management & optics, Atlantic division, the ever-pious Hillary Clinton wants to become a pastor – a move which is sure to bring religious rust-belt swing voters back to the blue side for any future political endeavors…

“Hillary Clinton wants to preach. That’s what she told Bill Shillady, her longtime pastor, at a recent photo shoot for his new book about the daily devotionals he sent her during the 2016 campaign. Scattered bits of reporting suggest that ministry has always been a secret dream of the two-time presidential candidate: Last fall, the former Newsweek editor Kenneth Woodward revealed that Clinton told him in 1994 that she thought “all the time” about becoming an ordained Methodist minister. She asked him not to write about it, though: “It will make me seem much too pious.” The incident perfectly captures Clinton’s long campaign to modulate—and sometimes obscure—expressions of her faith.” –The Atlantic

Because what better way to make people forget about a massive pay-for-play scheme, raping Haiti, and a bitchy image than God?

While Hillary has apparently been in the closet for decades over her desire to preach, she turned heads in the 90’s when investigative journalist Bob Woodward wrote in his book ‘The Choice,” that Clinton “held imaginary conversations with Eleanor Roosevelt and Mahatma Ghandi as therapeutic release.” When an advisor suggested that she communicate with Jesus Christ, she declined, saying it would be “too personal.” 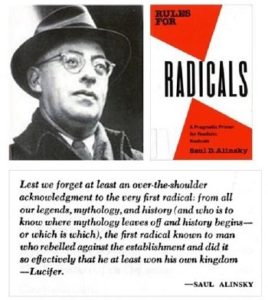 In 1993, the president of Wellesley College approved a new rule that all senior theses written by a president or first lady of the United States would be kept under lock and key, a move aimed at preventing the public from learning about their new First Lady. After the Clintons left the White House, however, Hillary’s senior thesis was released to the public – a 92 page homage to radical leftist Saul Alinsky, who dedicated his book to Lucifer.

Hillary describes Alinsky as a “neo-Hobbesian who objects to the conventional mystique surrounding political processes; for him, conflict is the route to power.” 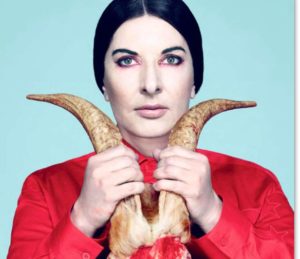 I’m sure you remember #Spiritcooking satanist Marina Abramovic from 2016 election Wikileaks – who Tony Podesta gave money to, who was invited to Hillary Clinton’s Campaign launch, whose art Hillary Clinton placed in US embassies around the world, who Hillary wanted to invite to a lunch event, who donated the maximum $2700 to Hillary’s campaign, and who said in a Reddit AMA (“Ask Me Anything”) that her spirit cooking dinners in private homes are not art.

I think it’s safe to say that Hillary Clinton is a fan of Marina Abramovic, whose ‘art’ probably wouldn’t go over so well with the Methodist congregation Hillary apparently wants to preach to.

While Hillary’s base is sure to lap up her new ‘revelation’ about her faith, the rest of us aren’t buying it…

What will they cook up next? 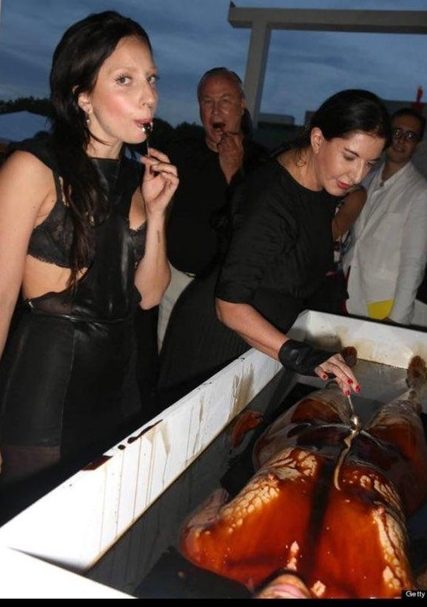