During Donald Trump’s visit to Japan over the weekend, the President and Prime Minister Shinzo Abe headed down to a koi pond before lunch to feed the fish and connect with nature.

Yet, instead of reporting things like “Trump and Abe strengthen ties,” or “Shinzo Abe agrees to freeze assets of 35 North Korean organizations,” Fake News networks decided to fabricate a lie about Trump being ‘disrespectful’ by dumping his entire box of fish food in the koi pond.

Embedded in the tweet is a selectively edited .gif which zooms in on Trump tossing his koi food into the pond.

President Trump feeds fish with PM Shinzo Abe in Japan, then pours the entire box of food into the koi pond. pic.twitter.com/CQjGGf5k0J

Rocha then writes the following in her Fake News article for CNN: 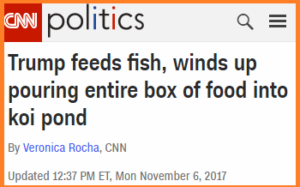 Hey @yashar, why are you lying about Trump? pic.twitter.com/nBkvqnRMLS

CNN was just one of many outlets to push the fabricated narrative, however the whole thing began with Bloomberg’s Justin Sink, who was on scene in Japan when he tweeted “Towards the end, @potus decided to just dump the whole box in for the fish“):

Trump and Abe spooning fish food into a pond. (Toward the end, @potus decided to just dump the whole box in for the fish) pic.twitter.com/WRFVaHqOEF

Oops! FakeNews then ran with Sink’s lie and the rest is history.

Once the truth was revealed, a swath of formerly smug liberal journalists quickly backpedaled and apologized – however some in the Twitterverse doubled down, claiming that yes, even though Abe dumped first, he only dumped a tiny bit vs. Trump’s TWO SCOOP POUR. 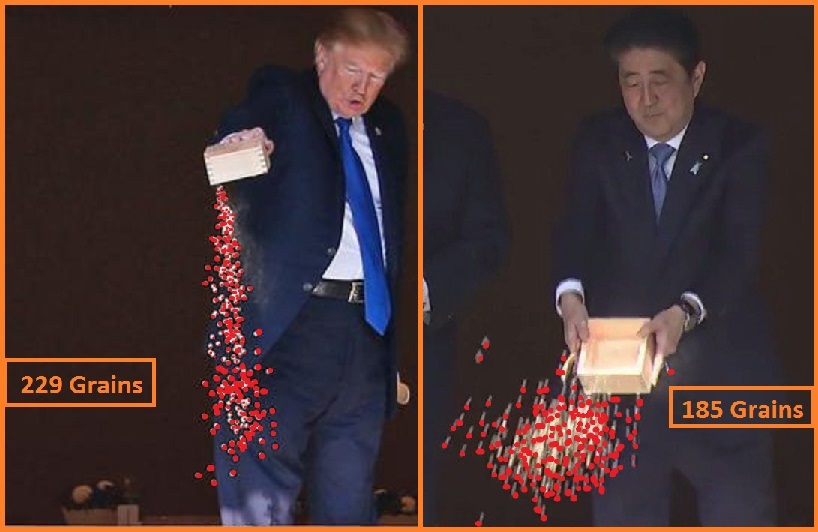