Thanks to Jeffrey Immelt, after the financial crisis he divested many of GE's 'toxic' financial divisions at the bottom and legged into the hot oil sector instead. With oil on the rise, Immelt was sure to make a killing, that was up until the business topped -- leaving him with a flaming bag of shit to stomp out. But instead of stomping it out, Jeff took is hundreds of millions and retired, leaving the flaming mess on John Flannery's doorstep. Today Flannery slashed the dividend by 50%, hoping to rescue some cash flow. I say 'hope' because cash flow has been disappearing on its own for the past two years -- ever since WTI topped. 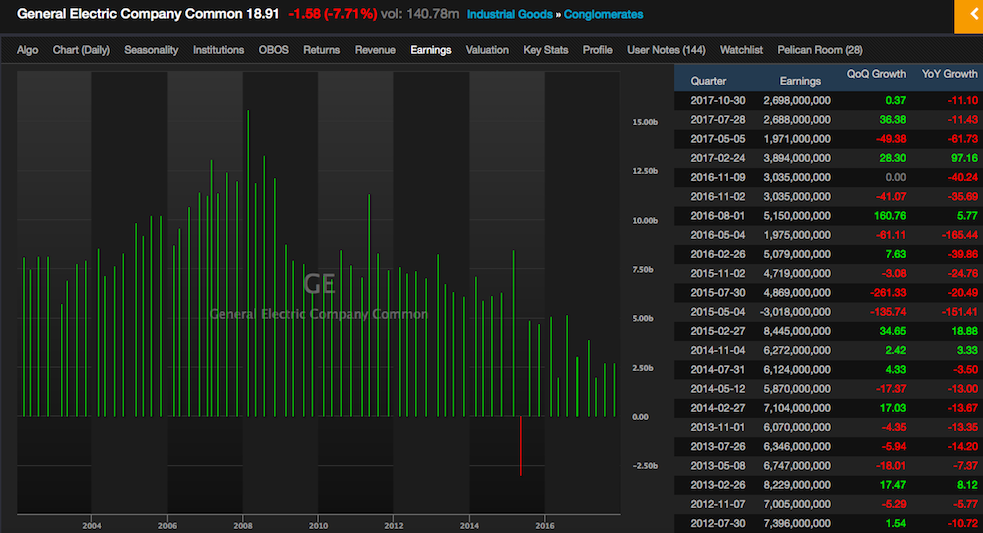 Cramer said owning GE was one of the worst mistakes of his career. Sadly, because of the rapidly decreasing earnings and declining sales, GE isn't cheap on a historical basis, based on p/b,/p/s,p/e ratios. As a matter of fact, at 28x earnings and 1.7x sales, the stock is still at the top end of valuation, dating back 12 years. This is what the company noted during their analyst day today.

Expect a higher tax rate in the high teens in 2018 as compared to mid teens in 2017. Baker Hughes on good trajectory (BHGE). Transportation continues in a soft market; sees 2018 as a trough year. Says smaller board with new skills; will make it easier to debate. Says digital continues to be a key area for the business moving forward. Simplicity in segments and earnings is key. Businesses have to run themselves, can not run them from the center.

And during their October earnings conference call, this is what they said.

"We need to make major changes" "Our results are unacceptable to say the least" Focusing heavily on culture of the company Started plan to lower costs by $2 bln in 2018 (Prior target was $1 bln). Co to "Simplify and Focus its portfolio": Targeting +$20 bln of exits in the next 1-2 years Will share more in November about capital allocation to improve cash generation. Have to manage company for cash and profitability in addition to growth. Working on changes to compensation plans. 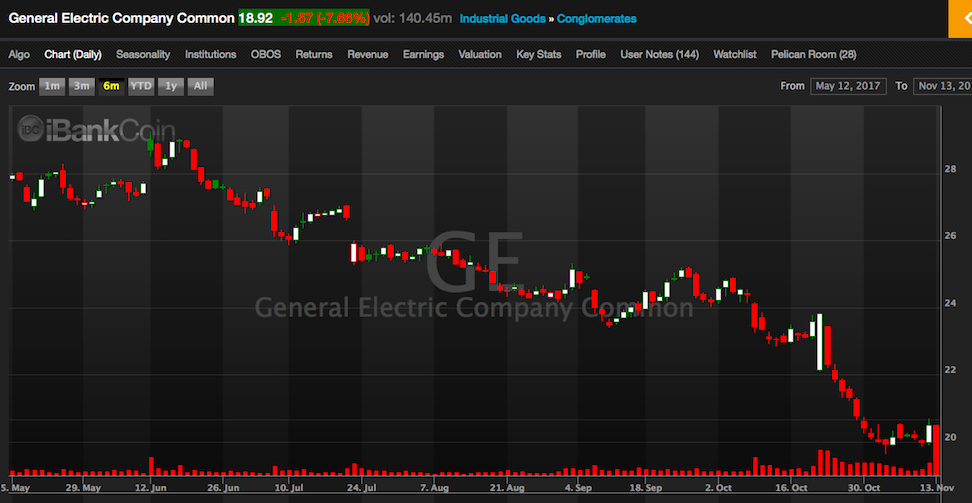 Will GE get booted from the Dow 30?