Another day, another enemy of Donald Trump is hoisted by their own petard. A top White House reporter for the New York Times and vocal critic of President Trump, Glenn Thrush, has been suspended from duty amid claims of sexual misconduct. 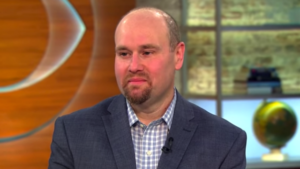 Several young women have accused the married journalist, 50, of unwanted sexual harassment according to Vox journalist Laura McGann – who Thrush says harassed her five years ago when he was working for Politico. McGann writes:

Three young women I interviewed, including the young woman who met Thrush in June, described to me a range of similar experiences, from unwanted groping and kissing to wet kisses out of nowhere to hazy sexual encounters that played out under the influence of alcohol. Each woman described feeling differently about these experiences: scared, violated, ashamed, weirded out. I was — and am — angry.

When Thrush was confronted via text message the day after he allegedly harassed one woman, he was “apologetic but defensive,” stating “I got drunk because I got some shitty health news. And I am acutely aware of the hurdles that young women face in this business and have spent the better part of 20 years advocating for women journalists.”

Vox’s McGann then recounts her own experience with Thrush:

On that night five years ago, I joined Thrush and a handful of other reporters for a few rounds at the Continental, a Politico hangout in Rosslyn, Virginia. At first, nothing seemed strange, until the crowd had dwindled down to Thrush, me, and one other female colleague.

Thrush tossed a $20 bill at her and told her to take a cab and leave us, “the grown-ups,” alone. He slid into my side of the booth, blocking me in. I was wearing a skirt, and he put his hand on my thigh. He started kissing me. I pulled myself together and got out of there, shoving him on my way out.–Laura McGann

What makes this particularly ironic is that Thrush has repeatedly held himself out as an “advocate for women journalists,” one victim stated.

“That’s how he presented himself to me. He tried to make himself seem like an ally and a mentor. Kind of ironic now.” 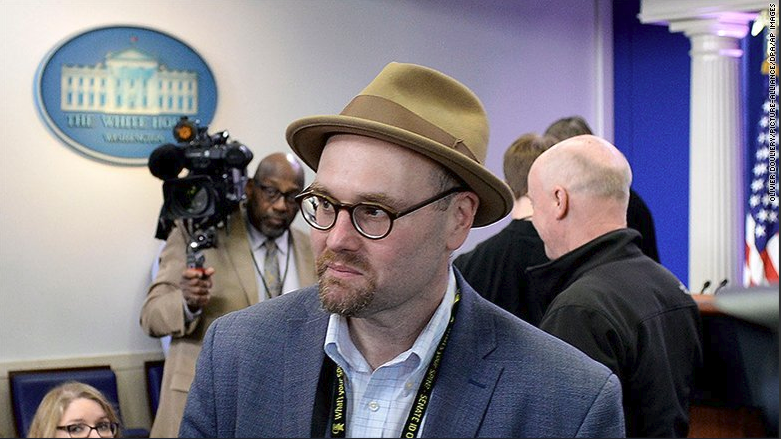 Book deal and future with MSNBC

Thrush’s chronicles of the Trump administration have resulted in a book deal with NYT writing partner Maggie Haberman. No word from publisher Random House on the status of said deal, however political journalist Mark Halperin lost his own book deal following allegations of sexual misconduct.

Thrush ironically said of Halperin at the time “Young people who come into a newsroom deserve to be taught our trade, given our support and enlisted in our calling — not betrayed by little men who believe they are bigger than the mission.”

Thrush also signed a deal earlier in the year to become a contributor to MSNBC after his coverage of the Trump White House became so notable that he was featured in several “Saturday Night Live” sketches. A spokesperson for MSNBC said Monday that the network will wait for the outcome of the Times’ investigation into Thrush before making a decision on his contract, and that he “currently has no scheduled appearances” on the network.

Thrush is a hack

Thrush was thrust into the 2016 Wikileaks election controversy when it emerged that he had sent Clinton campaign chairman John Podesta part of an article he was writing for Politico.

“Because I have become a hack I will send u the whole section that pertains to u,” Thrush wrote to Podesta, adding “Please don’t share or tell anyone I did this Tell me if I f****d up anything.”

Thrush’s defense was that he was simply fact checking a portion of a story pertaining to Podesta – however one wonders why he would be doing so “because I have become a hack.”

In an email to CNN, Thrush said of the allegations against him:

“I apologize to any woman who felt uncomfortable in my presence, and for any situation where I behaved inappropriately. Any behavior that makes a woman feel disrespected or uncomfortable is unacceptable.

“My recollection of my interactions with Laura differs greatly from hers — the encounter was consensual, brief, and ended by me. She was an editor above me at the time and I did not disparage her to colleagues at POLITICO as she claims. The assertion that I would rate women based on their appearance is also false.

“I have never offered mentorship or reporting advice to anyone, man or woman, with an expectation of anything in return. To assert otherwise is false.

“The June incident related in the story was a life-changing event. The woman involved was upset by my actions and for that I am deeply sorry.

“Over the past several years, I have responded to a succession of personal and health crises by drinking heavily. During that period, I have done things that I am ashamed of, actions that have brought great hurt to my family and friends.

“I have not taken a drink since June 15, 2017, have resumed counseling and will soon begin out-patient treatment for alcoholism. I am working hard to repair the damage I have done.”

There you have it – Thrush is going with “I was drunk because of a health crisis, sorry”