The rate at which global silver production increased over the past century is quite astonishing.  When Columbus arrived in America (1492), the world was only producing 7 million oz of silver a year.  Today, the world's largest primary silver mine, Fresnillo's Sauicto Mine, produced three times that amount in just one year (22 million oz, 2016).  Yes, we have come along way in 500 years.

Just think about that for a minute.  One silver mine last year produced three times the global amount in 1493.  According to the U.S. Bureau of Mines 1930 Report on Summarized Data of Silver Production, the average annual silver production in the world from 1493 to 1600 was 6.9 million oz (Moz).  If we look at the following chart, we can see how world silver production increased over the past 500+ years: 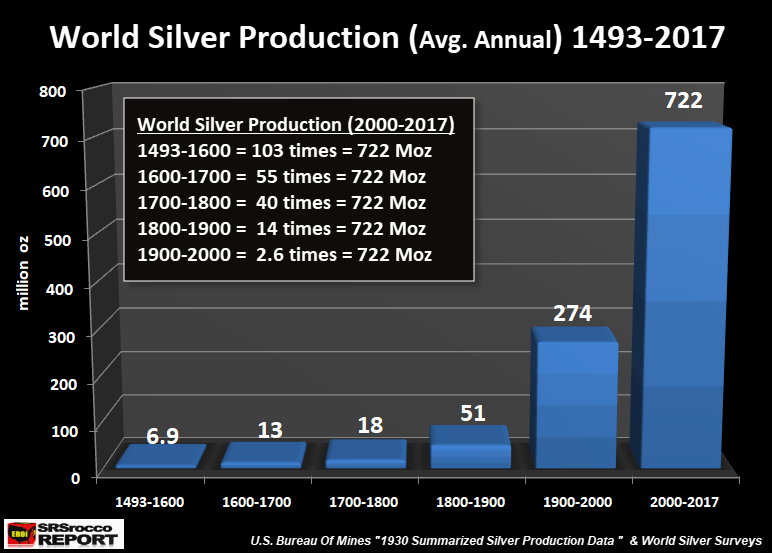 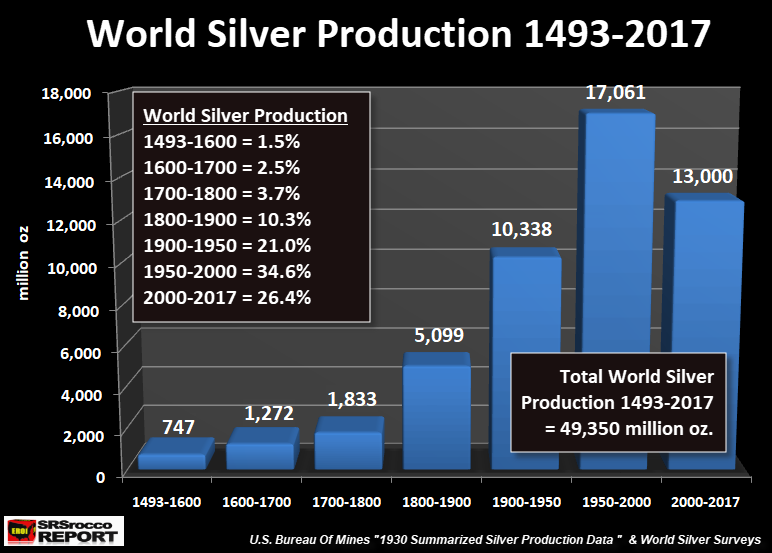 If we compare world silver production from the different periods, here is the result:

While a little more than a quarter of all world silver production (1493-2017) was produced in the past 18 years, 82% were produced since 1900.  That is a lot of silver.  It turns out that 40.4 billion oz was produced from 1900-2017 out of the total 49.3 billion oz produced since 1493.  Interestingly, more than half of that silver was consumed in industrial silver applications.  I will be writing more about that in future articles.

The last chart I find quite interesting.  If we go back a little more than a century, the United States was the largest silver producer in the world.  In 1915, the U.S. produced 75 Moz of silver out of the total 189 Moz mined in the world that year: 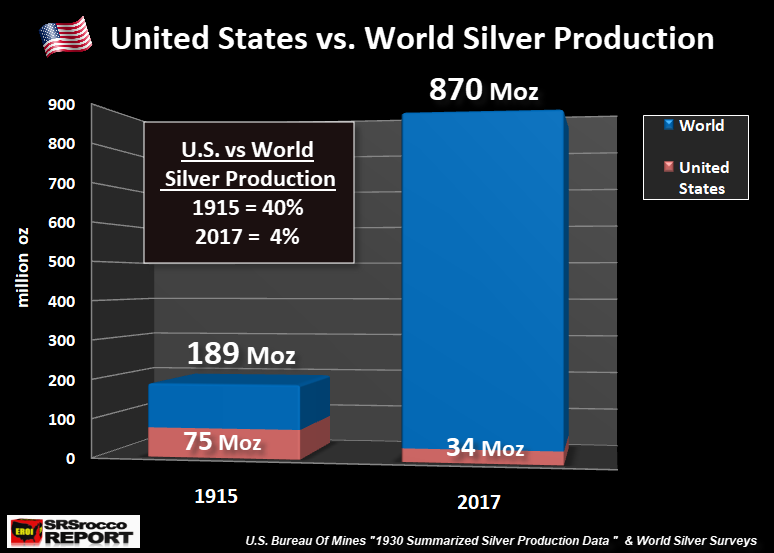 Lastly, the U.S. imports approximately 22% of world mine production each year.  That is 193 Moz of the total 870 Moz in 2017.  While domestic mine supply is only 34 Moz, the United States has to import more than a fifth of global mine production to meet its silver market demand.