"Chrislam" - Europe Folds To The Islamization Of Christmas

Authored by Soeren Kern via The Gatestone Institute,

The re-theologizing of Christmas is based on the false premise that the Jesus of the Bible is the Jesus (Isa) of the Koran. This religious fusion, sometimes referred to as "Chrislam," is gaining ground in a West that has become biblically illiterate.

This year's Christmas season has been marked by Islam-related controversies in nearly every European country. Most of the conflicts have been generated by Europe's multicultural political and religious elites, who are bending over backwards to secularize Christmas, ostensibly to ensure that Muslims will not be offended by the Christian festival.

More troubling are the growing efforts to Islamize Christmas. The re-theologizing of Christmas is based on the false premise that the Jesus of the Bible is the Jesus (Isa) of the Koran. This religious fusion, sometimes referred to as "Chrislam," is gaining ground in a West that has become biblically illiterate.

In Britain, for instance, the All Saints Church in Kingston upon Thames recently held a joint birthday celebration for Jesus and Mohammed. The "Milad, Advent and Christmas Celebration" on December 3 was aimed at "marking the birthday of Prophet Mohammed and looking forward to the birthday of Jesus." The hour-long service included time for Islamic prayer and was followed by the cutting of a birthday cake.

The prominent Christian blog "Archbishop Cranmer" rebuked the church for its lack of discernment:

"Note how this event is 'Marking the birthday of Prophet Mohammed,' but not looking forward to the birthday of the Lord Jesus Christ, the Son of God. Mohammed gets his prophethood, while Jesus gets neither his prophethood nor his priesthood; neither his kingship nor his messiahship. It's the exalted Prophet Mohammed along with plain old Jesus, because to have added any of his claims to divinity would, of course, have alienated many Muslims (if they hadn't already been alienated by the haram [forbidden by Islam] celebration), which wouldn't have been very interfaith or sensitively missional, would it?"

The blog added that exalting Mohammed in churches effectively proclaims that Mohammed is greater than Jesus:

"Every time a church accords Mohammed the epithet 'Prophet,' they are rejecting the crucifixion, denying the resurrection of Christ, and refuting that the Word was made flesh and dwelt among us, for Mohammed denied all of these foundational tenets of the Christian faith."

Previously, a passage from the Koran denying that Jesus is the Son of God was read during a service at a Scottish Episcopal Church in Glasgow on Epiphany, a festival commemorating the incarnation of God in the person of Jesus Christ. One of the Queen's chaplains, Gavin Ashenden, referred to the Koran reading as "blasphemy." He added that "there are other and considerably better ways to build 'bridges of understanding'" with Muslims.

In London, the All-Party Parliamentary Group on British Muslims, a parliamentary group composed of members of both the House of Commons and the House of Lords, issued a report, "A Very Merry Muslim Christmas," aimed at drawing attention to the "humanity" of Muslims during Christmas. The report states:

In Scotland, the regional government was accused of "undermining" Britain's Christian heritage by promoting "winter festivals" for ethnic minorities while ignoring Christmas. Scotland's International Development Minister, Alasdair Allan, pledged nearly £400,000 ($535,000) to fund 23 events during the winter months. He described them as "key dates in our national calendar" and said the "exciting and diverse" program would help Scots "celebrate everything great about our wonderful country during the winter months." None of the events, however, has any connection to Christmas. A spokesman for the Catholic Church in Scotland said:

"It is deeply disappointing that the Scottish Government has chosen not to recognize the religious reality of Christmas in its Winter Festival events. Over half of the population stated their religion as Christian in the last census. Catholics, and other Christians, may quite rightly wonder why this publicly-funded Festival does not include any events designed to help Scots celebrate the birth of Christ which is undoubtedly the most significant celebration in the winter months."

"It is part of the general secularization that has been taking place within the Scottish Government for a number of years where our Christian heritage and value system has been undermined as a direct result of government policy."

In Denmark, a primary school in Graested cancelled a traditional church service marking the beginning of Christmas in order not to offend Muslim pupils. Some parents accused the school of having double-standards: it recently held an event called "Syria Week" in which children immersed themselves in Middle Eastern culture. Ignoring parents, the school board sided with the school:

"The board backs the school's decision to create new traditions [emphasis added] that involve children and young people."

"Danish primary schools have a duty to spread education — and teaching the cultural values and knowledge connected to Christmas is an essential part of that."

In France, the annual Christmas market in the Croix-Rousse district of Lyon was cancelled because of exorbitant security costs associated with protecting the event from Islamic terror. The city's annual festival of lights did go ahead this year. The military governor of Lyon, General Pierre Chavancy, said that, because of the "sensitivity" of the event, 1,500 soldiers and police, backed up by dogs, river brigades and mine-clearers, would be deployed to provide security.

In neighboring Belgium, the head of the Red Cross in Liège, André Rouffart, ordered all 28 offices in the city to remove crucifixes to affirm the organization's secular identity. Critics said the decision was part of a broader effort to "modify certain terminologies" and to "break with our traditions and our roots" in order to appease Muslims. "We once said Christmas holidays, now we say winter holidays," said a local Red Cross volunteer. "The Christmas market in Brussels has been renamed 'Winter Pleasures.' Let things remain as they are."

In Germany, a school in Lüneburg postponed a Christmas party after a Muslim student complained that the singing of Christmas carols during school was incompatible with Islam. The school's decision to reschedule the event as a non-compulsory after-school activity generated "a flood of hate mail and even threats against school management and school board," according to Focus. In an effort to appease angry parents, Headmaster Friedrich Suhr said that "non-Christian" Christmas songs such as "Rudolph the Red Nosed Reindeer" would not be banned. Alexander Gauland, the leader of the anti-immigration Alternative for Germany (AfD), said the school's action was "an unbearable, involuntary submission to Islam" and amounted to a "cowardly injustice" toward non-Muslim children.

In Munich, ads for a multicultural "winter market" depicted a snowman covered in a burqa. The chairman of the AfD in Bavaria, Petr Bystron, noted the irony: "A burqa snowman as a tolerance symbol?" In Halle, the Christmas market was renamed "Wintermarket."

In Italy, a school in Milan removed references to Christmas at a party and renamed the holiday as "The Great Festival of Happy Holidays." Writing on Facebook, local politician Samuele Piscina accused the school of implementing "a politically correct leftist policy" that deprives Italian children the joy of Christmas:

"After the nativity scenes and the crucifixes, now even Christmas parties are hindered in schools. The word 'Christmas,' a symbol of our faith and our culture, does not discriminate against anyone. Striking the emblems of Christmas does not guarantee anyone's respect, does not produce a welcoming and inclusive school and society, but fosters intolerance towards our culture, our customs, our laws and our traditions. We firmly believe that our traditions must be respected."

In Bolzano, a cardboard Christmas tree was ordered to be removed from the town hall because "it could have offended the sensibilities" of Muslims. A local politician, Alessandro Urzì, expressed outrage at the decision: "The bureaucratic rigor with which the tree was removed to avoid the risk of annoying someone reflects the barbarization of the cultural climate."

In Norway, a primary school in Skien announced that its Christmas festivities this year would include not only the usual reading by pupils of verses from the Bible but also two verses from the Koran which refer to Jesus. The inimitable Bruce Bawer explained the implications:

"Stigeråsen School's Christmas plans provide yet another example of dhimmitude: craven European submission to Islam. This year, there might be a couple of Koran verses in a Christmas show; next year, a yuletide event at which both religions are celebrated on an even footing; and not too many years after that, perhaps, a children's celebration at which there is no cross and no Christmas tree, only prayer rugs, benedictions in Arabic, and hijabs for the girls."

In Spain, the Madrid City Council replaced Christmas festivities in the capital with a neo-Pagan "International Fair of the Cultures." According to Madrid Mayor Manuela Carmena, a former member of Spain's Communist Party, the express purpose of the month-long event is to de-Christianize Christmas to make it more inclusive:

"We all know that Christmas is a festival of religious origin, but it is also a celebration of humanity, solidarity. Therefore, the Madrid City Council wants to do everything possible so that everyone who is in this city, from wherever they may be, can enjoy Christmas."

Breaking with tradition, the Madrid city hall also refused to place a nativity scene at the Puerta de Alcalá, one of the city's most iconic monuments. Local politician José Luis Martínez-Almeida accused Carmena of "enthusiastically collaborating in the celebration of Ramadan" but "trying to hide all the Christian symbols of Christmas." He added: "We want to reclaim our cultural and religious roots." 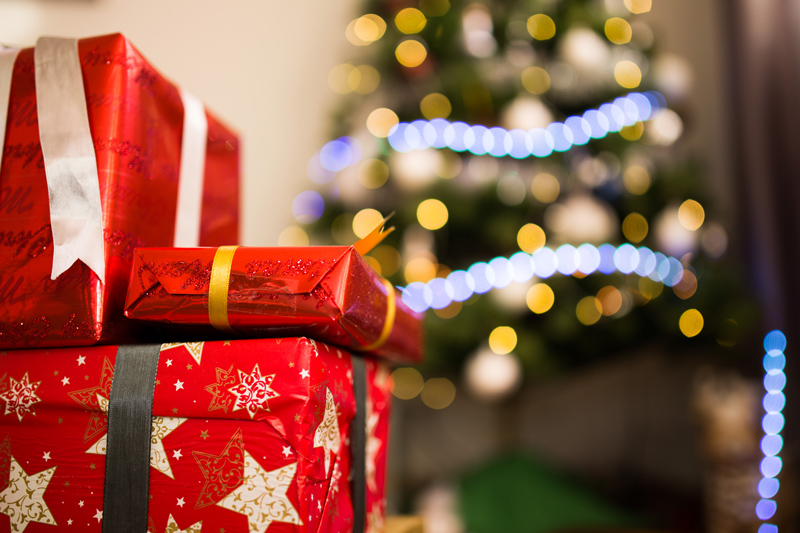