Overnight saw South Korean financial regulators announce a series of crackdowns on what they described as "irrationally overheated" cryptocurrencies that slammed Bitcoin and the rest notably lower. Since then prices have stabilized but blockchain-based companies such as RIOT, LFIN, and LTEA are all tumbling this morning. 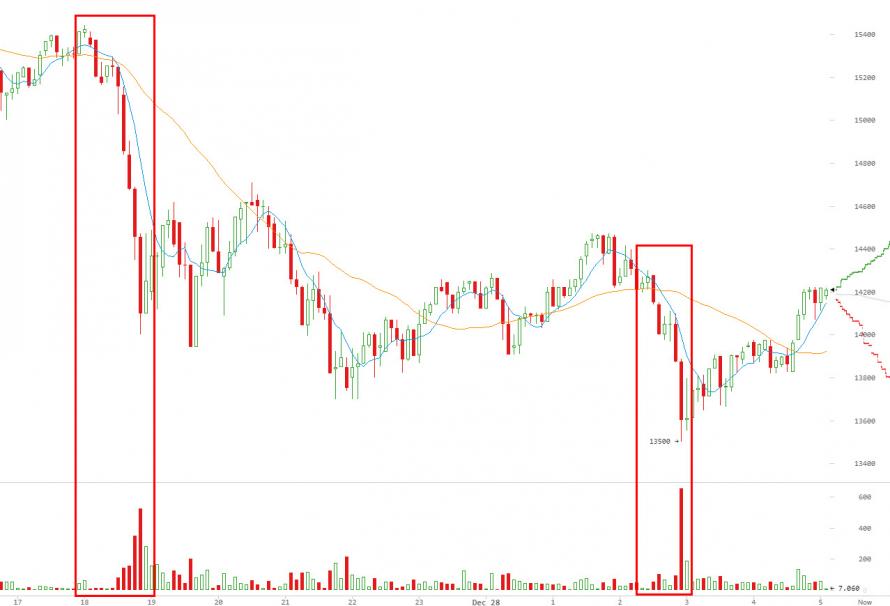 The government may also direct law enforcement officials to close some exchanges.

“Cryptocurrency speculation has been irrationally overheated in Korea,” the South Korean government said in a statement reported by Bloomberg.

“The government can’t leave the abnormal situation of speculation any longer.”

This smacked Cryptos lower but they have since stabilized... 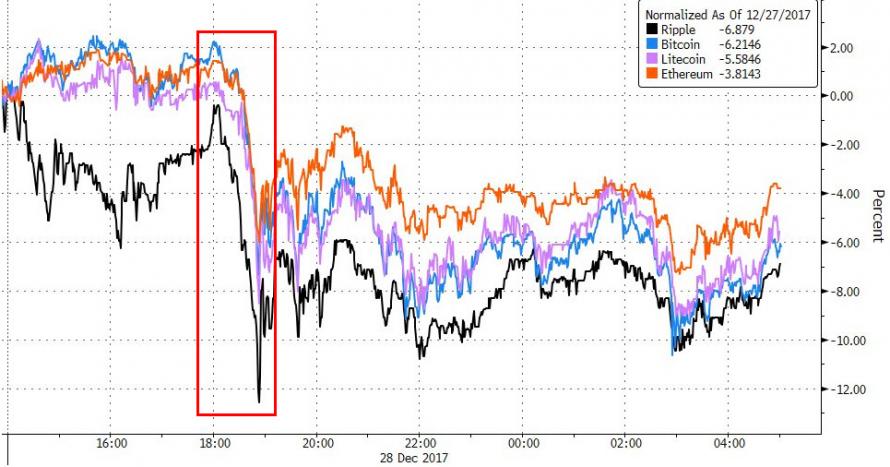 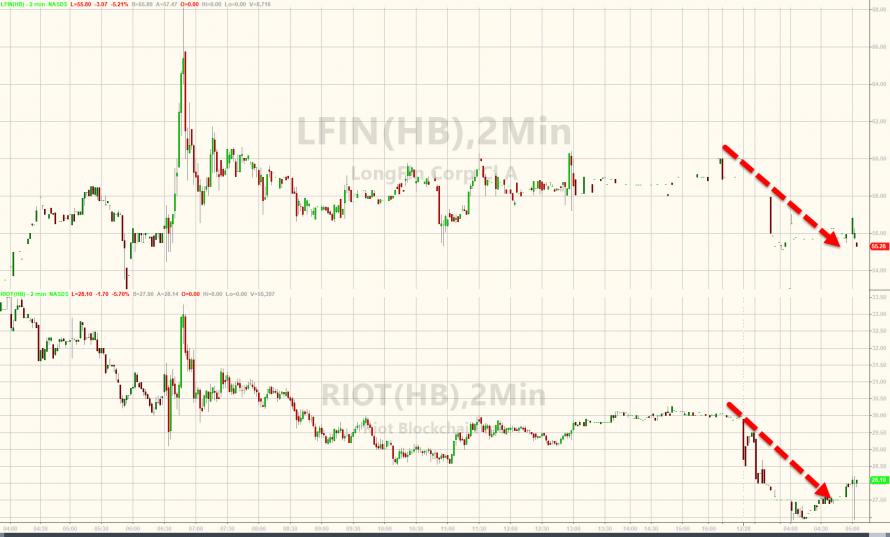 South Korea is an important market for cryptocurrency trading.

Mati Greenspan, an analyst with trading platform eToro, said in an email this month: "Recent estimates state that 21% of all global BTC volume are done in Korean Won."

This is not the first attempt at a crackdown on cryptocurrencies by South Korea.