How To Defeat Tyranny: "No Shortcuts... No Secret Weapon... Only Indomitable Spirit"

Authored by Brandon Smith via Alt-Market.com,

Among liberty activists, there is a rather universal consensus on what ails our nation. 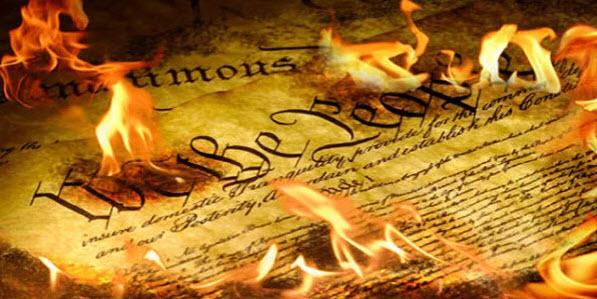 We understand that there is a concerted and deliberate effort by the establishment to undermine individual rights and constitutional protections.

We understand that there is a coordinated effort by international financiers to destabilize our economy and siphon wealth from the middle class until it shrivels up and dies.

We understand that there is an organized plan to radicalize the public along ideological lines and pit them against each other.

We understand that geopolitics and regional wars are exploited to distract us from underlying issues.

There is not very much debate over these realities; the evidence is overwhelming.

However, there is constant disagreement among activists on solutions to these problems, and there are several reasons why this conflict persists.

This is one conflict that I don't think many people recognize or pay much attention to, but it stands as a key weakness that derails effective action. There is a distaste among some liberty activists for the idea of self sacrifice and struggle in achieving freedom. The reality is most fights are won through persistence and force of will; there are no shortcuts to defeating tyranny. There are no secret weapons.  There is only indomitable spirit. That's it. It doesn't matter if you have a movement of 100 people or 100 million — any goal is achievable, but only so long as you accept the cost of pain and sacrifice required.

In my years working in the movement I have seen hundreds of poorly conceived silver bullet “solutions” rise to prominence and then fail or disappear entirely. In every case there is a period of overblown excitement while practical strategies are completely ignored. A perfect example would be the current love affair among a subculture of activists with cryptocurrencies. The concept of rebellion on a virtual level is certainly alluring to those who fear real world work and a real world fight. A fantasy of defeating the establishment with ease appeals to those who fear struggle. This is something the powers-that-be take full advantage of.

To defeat concerted technocratic centralization requires nothing less than a willingness to risk everything without the promise of reward. The sooner people realize that there is no easy path to a freer society, the sooner we can act effectively.

Thinking In The Present Versus Thinking Ahead

One truth that I consistently try to point out to activists is that they may never see the benefits of the fighting they do today. They must fight with the expectation that they will not see the light at the end of the tunnel. Successful freedom fighters do not necessarily fight for themselves so much as they fight for the next generation. They fight so that their children can live without tyranny, not only so they can live without tyranny. This idea seems to bewilder some activists, and I blame this on the self serving nature of our society and its addiction to immediate gratification. Even among the best of us, there is a tendency to only plan in the now and seek solutions in the now.

Real rebellion requires long term tactics. Deeply rooted tyrannies are whittled down over time, sometimes over the course of multiple generations. They are not defeated overnight.

We are not “doom and gloomers,” we are actually issuing a rallying cry, because we know that “doom” can in fact be averted.

The real “doom and gloomers” are actually the nihilists — the people that blindly dismiss the possibility of victory. These are the people that do not want to hear about strategies or solutions; they only seek to criticize because they do not have the intelligence to offer up a solution of their own. These are the people who are constantly saying “Yeah, you've told us about the problem, but what are YOU going to do about it,” when they should be asking themselves “What am I going to do about it?”

This is perhaps the defining argument of my years as an analysts and macro-economist, and it is something I continue to fight for to this day. The greatest weakness within the liberty movement and in America as a whole, in my opinion, is the refusal to take the necessity of community seriously. Whether it be because of laziness (ease), because of paranoia or because of too much exposure to Hollywood fantasies of the survival world, many people have adopted the philosophy that preparation for crisis is best done in isolation. In other words, the “lone wolf” mentality.

In almost every historic or modern societal collapse on record, it has been organized communities of people with necessary skill sets that have had the most success in survival. And, it is these communities that offer the most dangerous threat to oligarchies. So, the question becomes, what do you hope to accomplish? Do you seek to survive? Then community is the best possible option. Do you seek to fight back against the encroachment of authoritarianism? Then numerous voluntary communities prepared for disaster are the best weapon.

Does the nail that stands up get hammered down? Possibly. But without community, you ensure that you will always be a nail, and never the hammer. Isolated preparedness is a recipe for failure.

As much as liberty activists rail against the problem of centralization, they tend to fall victim to their own centralization schemes. Community only matters when it is VOLUNTARY and within arms reach. This means that internet based communities, while encouraging because they can reveal our true numbers and make us feel as though we are not alone, also tend to centralize our activism within a false framework, isolating us more than uniting us.

What internet activism does do, unfortunately, is give people a false sense of security, and it prevents them from pursuing real community in the place they live. I have heard on thousands of occasions from activists who claim that “no one around them is awake and aware;” they claim they are alone in the midst of thousands, hundreds of thousands or even millions of people. This is nonsense. In every part of the country I have found liberty-minded people in droves, often all in the same town or city within easy driving distance. And, the people who claim they are alone are usually the people who have never tried to look, or to organize. Why? Because that's hard work, and their virtual community on the internet is so much easier.

The Source Of All Freedom

Beyond the internalized conflicts within liberty movements, there is a defining methodology at stake. The gravitational pull that strengthens communities, the fuel that drives optimism and a respect for the future, the thing that makes us all more than what we seem to be on the surface, the thing that catches authoritarians off guard, is our propensity for courage and human kindness. Without these two things, any fight against tyranny is destined to implode.

Endeavor requires risk, and all risk requires courage (or perhaps stupidity, but courage can often be mistaken as stupidity). The greatest endeavor in the history of mankind is the endeavor to live free. This is one of the few things in the world actually worth fighting or dying for.  It only follows that such a fantastic goal would require ultimate risk.

Courage is the willingness to take risks while knowing full well the consequences of failure. In some cases, courage means taking action while knowing that there will be consequences even in success. Sometimes, there are no benefits to the courageous beyond the knowledge that they have benefited others. The fight is not about profit. The fight is not about personal survival. The fight is about something much more.  Something difficult to define, but intuitively felt.

Taking terrible risks with the intention of benefiting others, many of them not even born yet, requires human kindness.  Kindness in itself can be a form of risk.  A self-absorbed sociopath or narcissist will never achieve greatness, because greatness requires actions that are counter-intuitive to self preservation. A person who embraces moral relativism will also never accomplish much for the future. Kindness requires moral resolve, not moral “flexibility.”

As 2017 comes to a close, it is my hope that every liberty activist prepares for more dangerous days ahead. But above all else, their preparations must flow from a foundation of struggle and self sacrifice, foresight and endurance, community and practicality, courage and kindness. If not, then really, what is the point?

If you would like to support the publishing of articles like the one you have just read, visit our donations page here.  We greatly appreciate your patronage.