Russian Foreign Minister: US Military Must Leave All Of Syria

Russian Foreign Minister Sergey Lavrov stated on Thursday that US forces must leave all of Syria. Speaking to Interfax news agency, Lavrov stated that the UN Security Council has not approved the work of the United States and its coalition in Syria, nor has been invited by the legitimate Syrian government.

Concerning a prior statement by US Defense Secretary James Matisse voicing the intent for US troops to stay in Syria until achieving progress in a political settlement, Lavrov pointed out that such statement is “surprising” because it means that Washington reserves the right to determine such progress and wants to maintain control over parts of Syrian territory in order to achieve the result it wants. 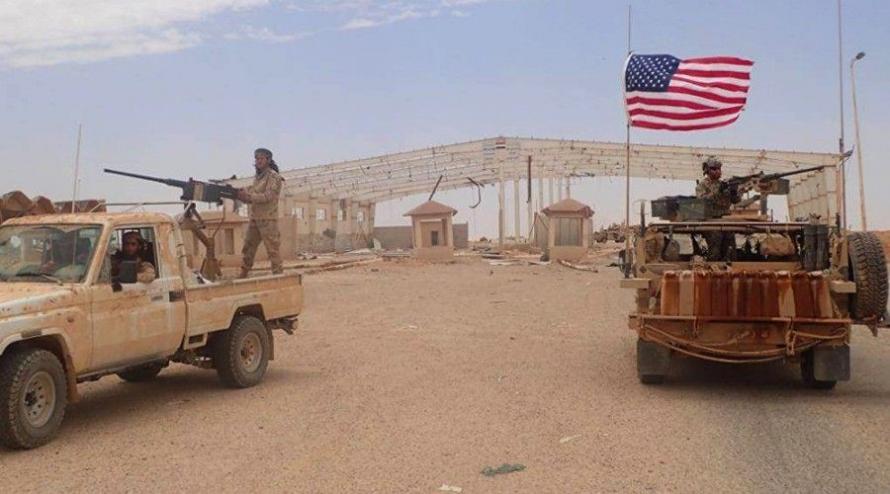 The Russian minister affirmed that according to the UNSC No.2254, which the United States supported, the decision on the future of Syria can only be taken by the Syrian people and this is what Moscow will begin with as a starting point in its contacts with the Americans later.

He also expressed his satisfaction that cooperation with the US in Syria is possible if the Americans’ goal is to fight terrorism.

Meanwhile concerning Russian military developments in Syria, a missile attack against Russia’s Hmeymim base by terrorists could be a staged provocation aimed at derailing the Syrian National Dialogue Congress to be held in Sochi, Foreign Ministry Spokeswoman Maria Zakharova told reporters at a press briefing.

“On December 27, militants fired several missiles from the Bdama inhabited community at Latakia International Airport and the Russian Aerospace Forces’ deployment site in Hmeymim. Two of them were intercepted by Russia’s Pantsir air defense system, while the third one, deviating from the trajectory, landed in the outskirts of the city of Jebla,” she said.

“We see yesterday’s attempt to attack the Russian military at the Hmeymim base as another link in the chain of ongoing and, perhaps, staged provocations involving terrorists and extremists from the Syrian opposition aimed at disrupting the positive trends in the development of the situation in Syria and, in particular, at creating obstacles to convening and holding the Syrian National Dialogue Congress in Sochi on January 29-30,” she said.

Zakharova added that Russia would continue preparations for the Syrian National Dialogue Congress, which, she stressed, “is aimed at giving the necessary impetus to a political settlement in that country on the basis of UN Security Council Resolution 2254 and genuine national reconciliation in Syria.”

Russia is concerned about terrorists in Syria getting new weapons, with which they shelled the Hmeymim airbase, Maria Zakharova pointed out. “Moscow perceived with concern this provocation [the shelling of the Hmeymim airbase] by terrorists. The Russian forces are reliably protected by the multi-layered air defense system, which has proven its high efficiency in this case as well,” the diplomat said.

“In this regard, we zoned in on the fact that a plane of the Syrian Air Force had been shot down from a man-portable air defense missile system (MANPAD) over northern Hama several days ago,” Zakharova said. “Therefore, the facts indicate that the support of terrorist units with armaments has not been stopped up to date,” the Russian diplomat said.