"Too Much Tech" - The Growing Peril Of Passive Investing

"Too much of a good thing..." - That's the message that many passive investors are unknowingly dealing with as they approach the year-end. 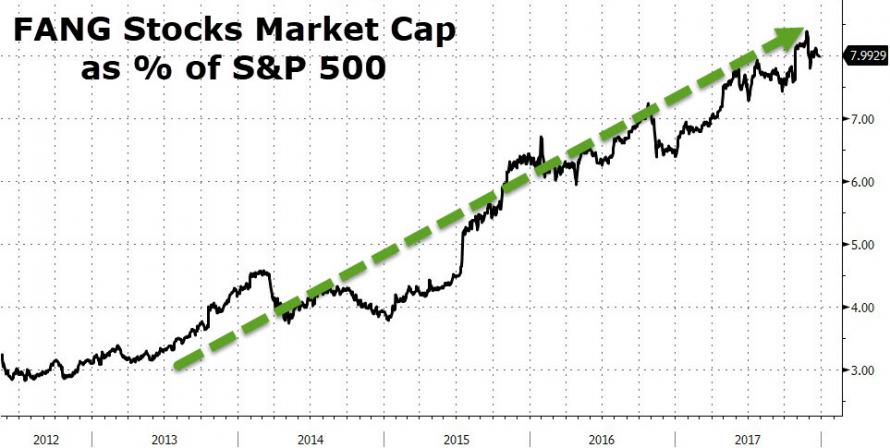 And, as WSJ reports, this is not limited to a small handful of stocks, it is worldwide - investors who loaded up on U.S. and Asian stock-index funds might be surprised to learn just what they own now: technology stocks - a lot of them.

Three years ago, tech stocks had a 19.7% weighting in the widely used U.S. stock market benchmark, which is currently tracked by funds with more than $2 trillion in assets.

The same is true in Asia, where surging tech stocks have powered sharp gains in Hong Kong, South Korea and other markets. The weighting of technology stocks in the MSCI Emerging Markets Index, whose components include Chinese e-commerce giants Tencent Holdings Ltd. and Alibaba Group Holding Ltd. , was 28% as of Dec. 21, from 23.3% a year ago. 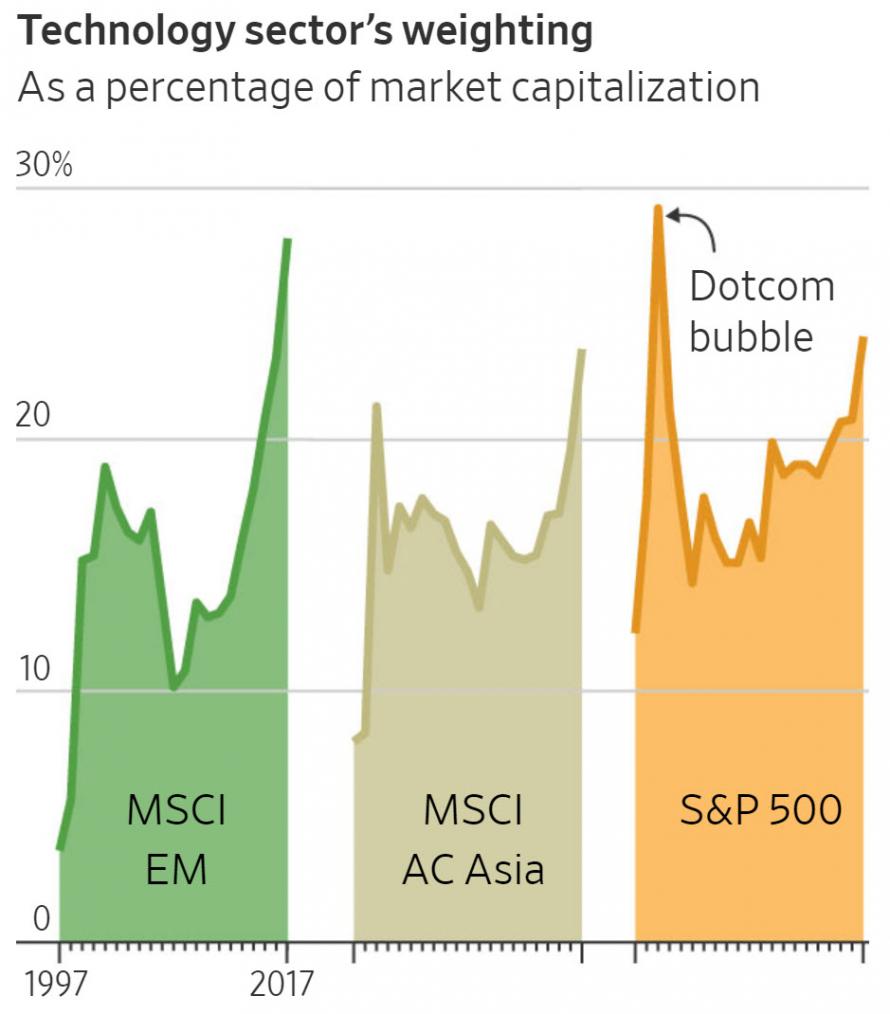 “It’s sort of an inherent flaw of index funds,” said Kyle Moore, founder of Quarry Hill Advisors in St. Paul, Minn., referring to the way surging stocks have a bigger share of indexes that are market-value weighted, like the S&P 500.

Noting that some tech stocks have gained nearly 50% this year, Mr. Moore said a  typical investor response would be to trim exposure to those stocks and take profits. When that happens in an index fund, nothing happens automatically, he said.

The conundrum now for investors is whether they should try to reduce their exposure to tech, and how to go about doing it.. and perhaps that is why tech has notably underperformed in the last month... 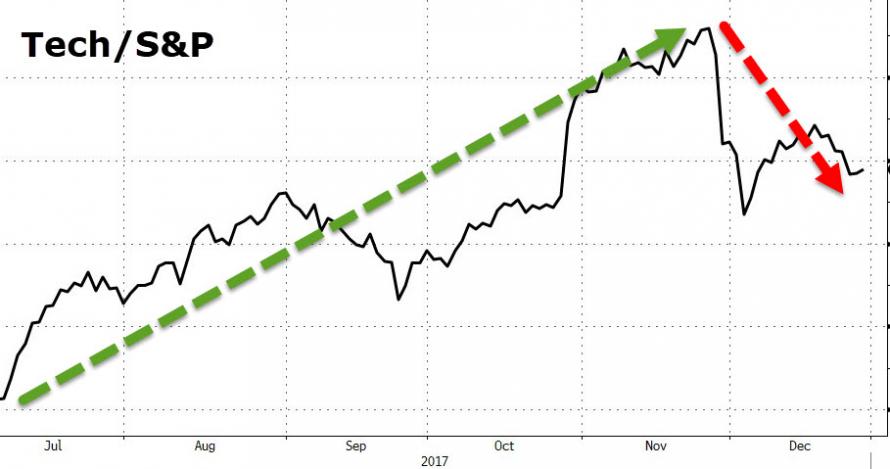 A pullback in the sector will have a bigger impact on the broader market, but arguably many investors in index funds have accepted that is what they signed up for when they chose to invest passively.