Venezuela Will Back Its Cryptocurrency With 5 Billion Barrels Of Oil, Gold Deposits

Four months ago, in a not entirely surprising move meant to circumvent US economic sanctions on Venezuela, president Nicolas Maduro announced that his nation would stop accepting dollars  as payment for oil imports, followed just days later by the announcement that in a dramatic shift away from the Petrodollar and toward Beijing, Venezuela would begin publishing its oil basket price in Chinese yuan. The strategic shift away from the USD did not work quite as expect, because a little over two months later, both Venezuela and its state-owned energy company, PDVSA were declared in default on their debt obligations by ISDA, which triggered the respective CDS contracts as the country's long-expected insolvency became fact.

Then, in early December, clearly fascinated and captivated by the global crypto craze, Maduro shocked the world by announcing the creation of the "Petro", Venezuela's official cryptocurrency "to advance in the matter of monetary sovereignty, to make financial transactions and to overcome the financial blockade".

"The objective is to advance in the Venezuelan economy and overcome the financial blockade, this allows us to continue in the economic and social development supported by Venezuelan riches," said the president, explaining that his government will make a cryptocurrency issue "backed by reserves of Venezuelan gold, oil, gas and diamond wealth."

Still, as we said when he first commented  on Venezuela's bizarre foray into digital currencies, "it was not exactly clear how this PetroCoin would be backed by various natural resources when the whole point of cryptos is that they are not backed by anything, and as such it appears that what Maduro is trying to do is admit that the hyperinflating Bolivar has failed as a sovereign reserve, and the country is hoping to confuse its global trading partners enough into believing that it somehow had a new "bitcoin" on its hands, which like the real thing would then proceed to appreciate in value in the near future.

Today we got the answer when Venezuela's president announced that "every single Petro will be backed by a barrel of oil... and gold."

"The objective is to advance in the Venezuelan economy and overcome the financial blockade, this allows us to continue in the economic and social development supported by Venezuelan riches," said the president, explaining that his government will make a cryptocurrency issue "backed by reserves of Venezuelan gold, oil, gas and diamond wealth."

Some joked at the time that a different name might be more suitable...

But now, as RT reports, Maduro confirmed the backing of the national cryptocurrency Petro with the country’s vast natural resource reserves.

“Here’s the document formalizing the provision of the certified Ayacucho oil field No.1 in the Orinoco Petroleum Belt for the support of El Petro cryptocurrency,” Maduro said on national TV.

Maduro said the field’s “reserves amount to five billion barrels of oil,” which is confirmed by the corresponding “international certificate.”

“Every single Petro will be backed by a barrel of oil,” Maduro said, promising to provide cryptocurrency mining throughout the country.

“We will set up a special team of cryptocurrency specialists so they will be engaged in mining in all states and municipalities of our country.”

The Venezuelan leader has also promised to allocate Arco Minero gold deposits from the Orinoco Belt along with the country’s diamond deposits.

The Venezuelan president explained the purpose was “to advance the country's monetary sovereignty, to carry out financial transactions and to defeat the financial blockade against the country.”

“We are facing a financial war against the country which we have denounced, and the opposition has denied. There are business people who are unaffected by Donald Trump's blockade. With this, we will join the 21st century,” said Maduro. 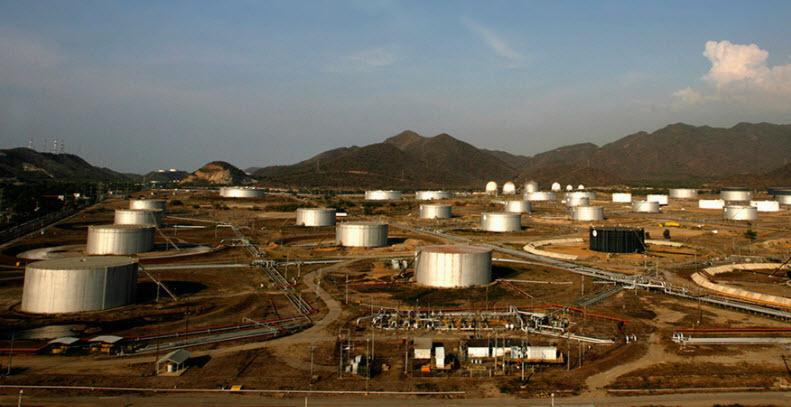 Finally, as Pepe Escobar concluded recently, it ain’t over till the fat (golden) lady sings. When the beginning of the end of the petrodollar system – established by Kissinger in tandem with the House of Saud way back in 1974 – becomes a fact on the ground, all eyes will be focused on the NSS counterpunch.