After tumbling in early December, gold has exploded higher since The Fed hiked rates on 12/13, hitting $1310 today - the highest since Oct 16th. 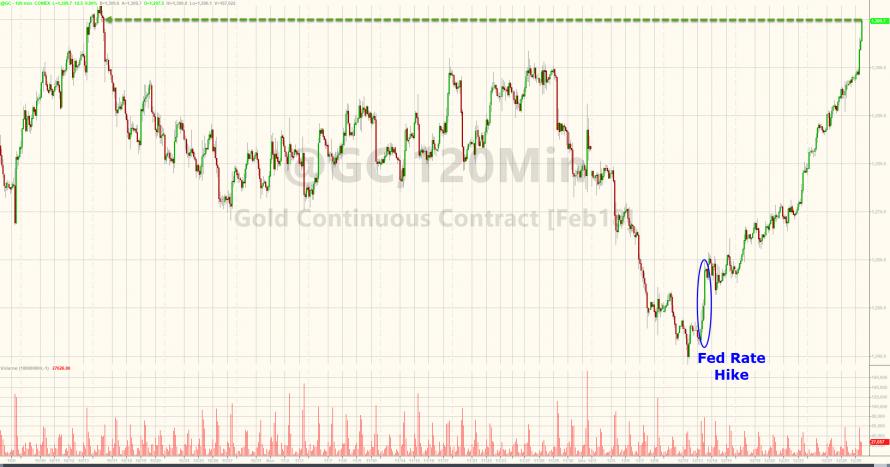 And as Gold has soared so the dollar index has collapsed... 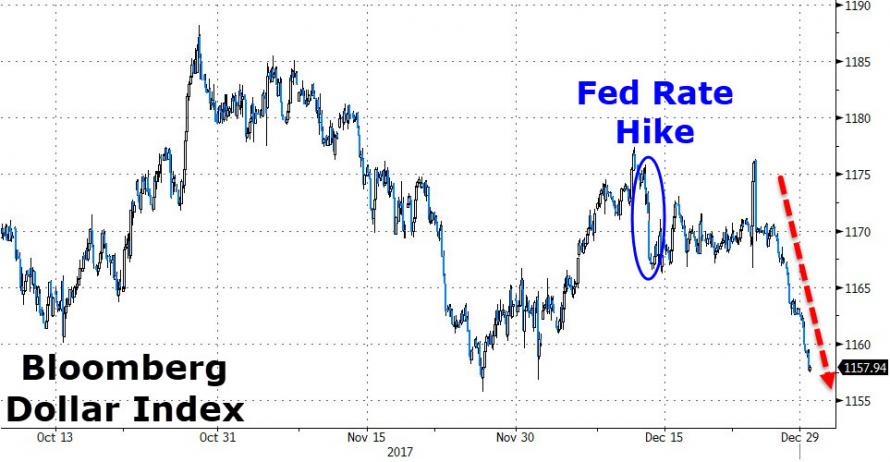 Interestingly in the last month, Gold and Bitcoin have seen a wild ride - converging again today... 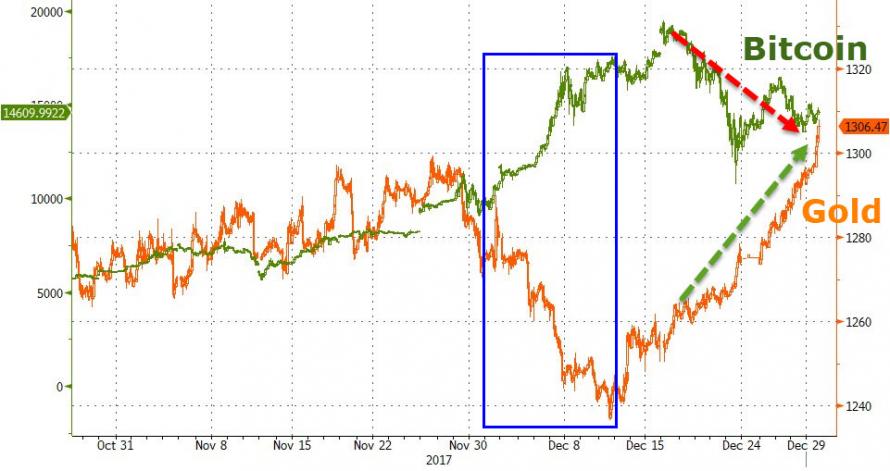 As Reuters reports, the dollar’s drop to three-month lows versus a basket of currencies on Friday lifted gold to its highest since mid October. 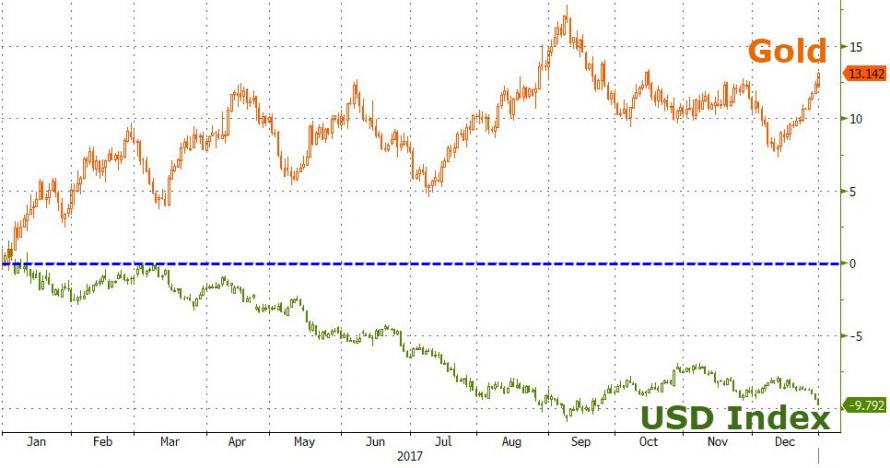 This is the dollar's worst year since 2003... despite 3 Fed rate hikes, repatriation expectations, and exuberant economic hopes.

“In the last couple of weeks, trade has been relatively thin, yields have been under pressure and the dollar as well, so gold has profited from that,” ABN Amro analyst Georgette Boele said. “If you look over the year, dollar weakness has been the main theme.”

The impact of three U.S. interest rate hikes this year was offset by the dollar’s weakness, Boele said. “The dollar is the most important driver, and then real yields. The Fed is increasing rates, but the dollar’s not profiting.”

This is gold's best year since 2010... despite no volatility, no inflation, and a total lack of comprehension of any geopolitical risk in equity markets.

Gold, which is also on course for its best month since August, has also benefited of late from technically driven momentum, analysts said.

ScotiaMocatta’s technical team said in a note that chart signals for the metal look positive after it broke above its 100-day moving average this week at $1,295 an ounce. “Momentum indicators are bullish." 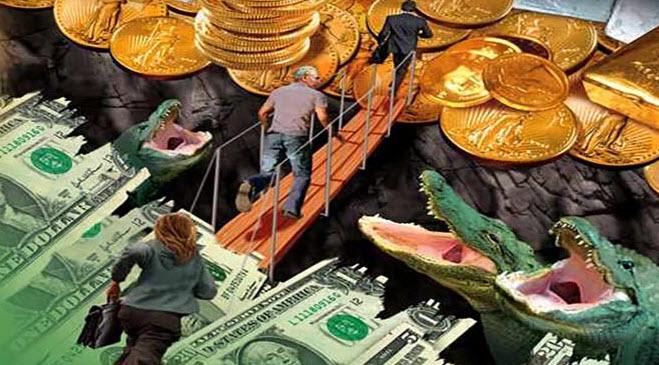